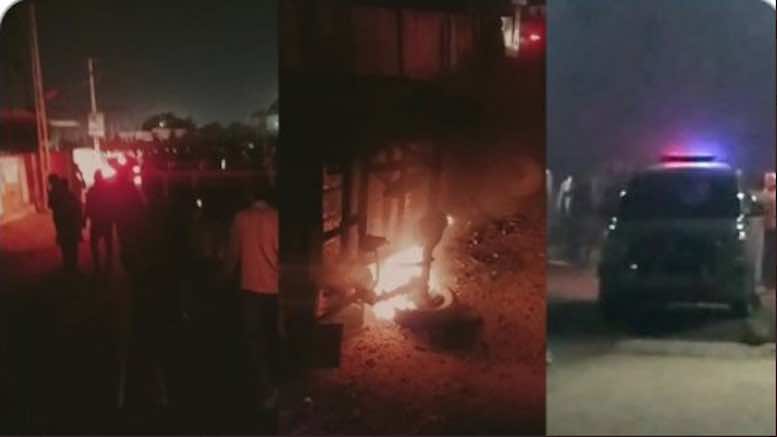 A rally organised by Vishwa Hindu Parishad (VHP) to collect funds for the construction of Ram Mandir in Ayodhya was pelted with stones in Kidani village, near Gandhidham, Gujarat on 17 January as it was passing in front of a mosque.

A 200 strong Muslim mob attacked the rally and reportedly stabbed one Hindu man, migrant worker Arjun Savaiyo from Jharkhand, to death. Arjun was travelling in a rickshaw which was attacked; the rickshaw driver was also stabbed. Several others including policemen were also injured in this violence.

The police had to lob tear gas shells to bring the situation under control said the Superintendent of Police Kutch (East) Mayur Patil. “After the rally, the body of a migrant worker from Jharkhand who was returning home from work in an auto-rickshaw was found about 200 metres from the clash site in Kidana village,” Mr Patil added.

A curfew had been imposed in Kidana village under section 144 of the IPC as a result of this horrific incident.

The FIR lodged by the police against the mob for rioting, violation of notification and damage of public property states that religious slogans raised during the VHP rally ‘provoked people from the other faith’ leading led to a verbal altercation between leaders of both the communities which snowballed. Soon,  people from the minority community started pelting stones and a mob of around 200 people rushed towards the raths (chariots). Those in the rally also resorted to stone pelting. As the news of the clash spread in the area with the majority community population, another mob armed with sticks, swords and other sharp-edged weapons rushed there.

Another FIR was registered by Vipul Jaru who named Iqbal Chavda, Kasam Kkal, Ibrahim, Hussain Chavda, Salman Chavda and 200 other unknown people, alleging that the mob stopped the rathyatra and pelted stones. Another complaint was lodged against members of the minority community with Mundra marine police station alleging that the rathyatra was attacked in Sadau village.