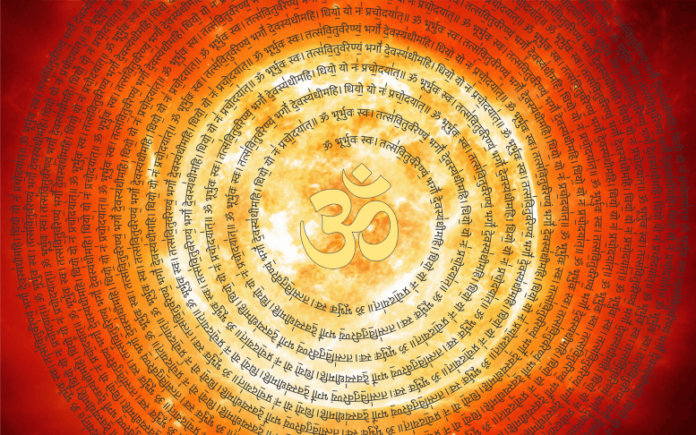 The  Gayatri  Mantra is one of the most powerful Mantras from the Rig Veda. Gayatri is derived from the root word Gayatra which in Sanskrit means a song or a chant. Surya Dev is a sky deity. He is the Pratyaksha  Devata as he is visible and the Mantra is a prayer in tribute to the Surya Devata.

The mantra means ”We meditate on the Glory of the Creator; who has created the Universe; Who is worthy of worship; Who is the embodiment of Knowledge and Light; Who is the remover of all sin and ignorance. According to Shri Aurobindo, ”The  Sun is the symbol of the divine light that is coming down and Gayatri gives expression to the aspiration asking that Divine light to come down and give impulsion to all activities of the mind”.

Dr Howard Steingeril, an American Scientist, collected Mantras, hymns and invocations from all over the world and after testing their strength at a Physiology laboratory observed that the Mantra produced 110,000 sound waves per second. This was the highest and was found to be the most powerful hymn in the world through a combination of sound and sound waves of a particular frequency.

Earlier, a video showing doctors performing surgery while the mantra was being chanted went viral. The three-year-old reciting the mantra is heart-warming, to say the least. Children are like wet clay that gets moulded the way we mould them. “Catch them young”, should be the mantra when it comes to Dharmic studies.