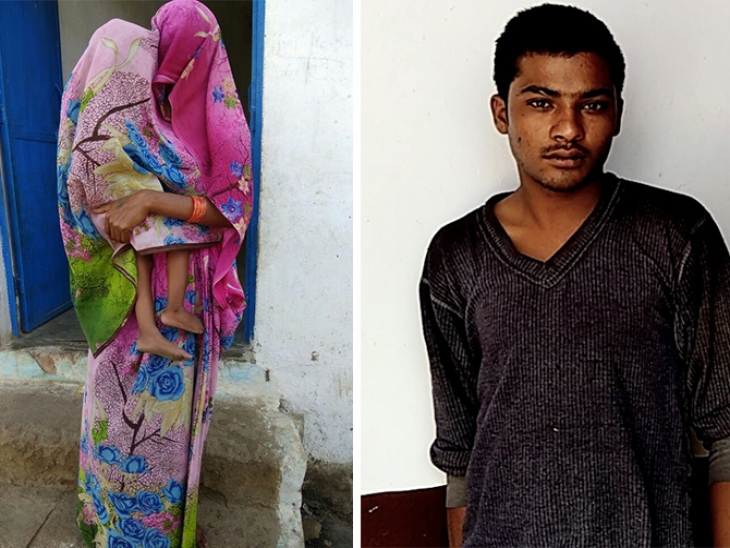 A 19-year-old youth named Tauhid Khan raped a 3-year-old girl on the night 19th April, in Rajnagar, around 5 km away from the historic temple town of Khajuraho, MP, Hindi daily Dainik Bhaskar has reported.

When the child’s mother saw her bloodied condition, she realized what had happened. Neighbours caught hold of the accused, thrashed him and handed him over to police.

Police have lodged a case against Tauhid Khan under IPC 376, 450 and Section 3/4 of POCSO Act – he was presented in court and later sent to jail.

The woman and her child were alone at home as her husband had gone to Banda on some work. She had kept a tumbler of milk in the house – a cat tried to drink the milk and got its head stuck in the tumbler while doing so.

The woman called her neighbours and together they started trying to rescue the cat. Taking advantage of the confusion, Tauhid Khan Jogi (s/o Shaukat Ali Jogi) entered the house and slipped into the room where the child was lying and raped her.

The child was taken to Chatarpur district hospital for treatment. The nurses who treated the child were shaken to the core seeing the plight of the innocent child who is not even able to speak properly. The child suffered deep wounds which required stitches.

In Dec 2017, Madhya Pradesh became the first state in the country to pass a Bill awarding death to those found guilty of raping girls aged 12 and below. The Union Government also recently passed an ordinance to allow courts to pronounce the death penalty to those convicted of raping children up to 12 years of age.