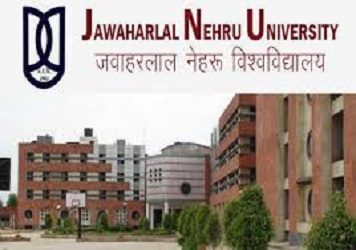 29-year-old accused Shahnawaz Khan, a second year Bachelor of Arts (Honours) student of Jawaharlal Nehru University (JNU), has been arrested for attacking and sexually harassing an 18-year-old girl student of the university.

The accused was arrested after fellow students informed police about the incident.

According to a senior police official, the incident took place on JNU campus on Saturday when the victim was heading back to her hostel room after completing her classes. Khan went to the girl and starting talking to her.

“When both of them went to an isolated place, Khan proposed her but the girl rejected him. The accused kept on insisting forcing her to shout at him. Khan then started thrashing the girl and touched her inappropriately,” said police.

When the girl shouted, some students came to the spot but Khan kept on thrashing her and hurled objectionable abuses, police added.

One of the eyewitnesses made a call to police and a PCR team reached the university, took custody of Khan from his hostel room.

“A case under Section 354, 354A and 509 of IPC was registered at Vasant Kunj North police station.Khan was arrested after he admitted to the crime. The victim and the accused did not know each other before,” said police.

Cases of such sexual attacks are quite common on the JNU campus, and definitely far more compared to other universities. Perpetrators of these sexual crimes include both students and professors. Here a few such cases –

In Aug 2016, Anmol Ratan, a JNU student and leader of radical leftist student body, All India Students Association (AISA), was caught for allegedly drugging and raping a 28-year old research scholar in his hostel room.

In December 2015, Dr. Arshad Alam, an assistant professor of Sociology in JNU who was AISA’s National Secretary during his activism days, was convicted of raping a foreign national (Bangladesh) who happened to be a research scholar under his guidance. As per JNU sources, Arshad Alam used to force sociology students to do term papers on how Hindu texts spread hatred, and is a serial offender who faced allegations of sexual abuse even in Jamia Millia Islamia.

In 2013-14, the then JNUSU President Akbar Chowdhary and JNUSU Joint Secretary Sarfaraz Hamid were charged of Sexual Harassment for which they were forced to resign.

Left-liberals who have captured the JNU student body and dominate the humanities stream, like to portray their campus as a ‘free-thinking’ space – incoming young students are asked to shed the ‘false consciousness’ which their bourgeois upbringing has instilled in them. But the reality is quite different – a lot of vulnerable youngsters fall prey to left-activists masquerading as students.

Even in this case, it is notable that a 29-year-old man was still studying in 2nd year of BA! Maybe if JNU’s school of language put greater impetus on students acquiring an education and going on to become productive members of society, rather than get diverted in endless ideological debates, the nation and society might be better served.