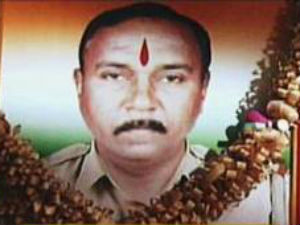 Time they say is the greatest healer. But there are some wounds that must be kept fresh in living memory, to keep reminding us about the sacrifices of a select few, of the treachery of the traitors within, and of the barbarity of those who inflicted those wounds.

On the night of 26 November 2008, 10 members of Lashkar-e-Taiba, an Islamic terrorist organisation based in Pakistan, carried out a series of 12 coordinated shooting and bombing attacks lasting four days across Mumbai. The attacks killed 164 people and wounded at least 308.

Only one of the 10 terrorists, Ajmal Kasab, survived the attack. He confessed upon interrogation that the attacks were conducted with the support of the Pakistan government’s intelligence agency, the ISI.

The capture of Kasab and the information revealed by him was crucial – because there were many in Bharat’s political establishment like the then ruling Congress party who preferred that the blame for the attacks be pinned on their political rivals – BJP & RSS.

In 2010,  a book named “26/11 : RSS ki Sazish” written by Aziz Burney (Editor-in-Chief of leading Urdu newspaper ‘Roznama Sahara’) was released by Congress General Secretary, Digvijay Singh. The book claims the RSS and BJP are behind the 26/11 terror attack.

The man who was single-handedly responsible for the capture of Ajmal Kasab was Assistant Sub-Inspector (ASI) Tukaram Ombale – when Kasab and another terrorist, Ismail Khan, were stopped at a police barricade, a shootout ensued and Khan was killed. Kasab lay motionless playing dead. ASI Omble, armed only with a lathi, charged the terrorists’ stolen vehicle, being shot five times by Kasab; still, Omble held onto Kasab’s weapon, enabling his colleagues to capture Kasab alive. Omble died from the bullet wounds.

If ASI Omble had not caught Kasab alive, the identity of the terrorists would have probably remained under a cloud forever – Pakistan would have got complete deniability, and Congress might have succeeded in their  whisper campaign to blame ‘safrron terror’ for the dastardly terror attack.

As it is, till today, there are theories doing the rounds from ‘respected’ secular icons like lawyer Prashant Bhushan & ex-IPS Julio Ribeiro propagating conspiracies like a Sangh hand in the murder of ATS Chief Hemant Karkare, who was murdered on the night of Nov 26 by Kasab and Khan.

India's most respected officer Ribiero,on what Karkare told him abt saffron terror module, day before he was killed!https://t.co/YXbMkHD29D

As a society, we have a notoriously short public memory – especially when it comes to terror attacks. Despite being one of the countries worst affected by Islamic and Maoist terror, these two issues have never mattered much during election time. The most egregious example being the resounding UPA-2 victory within 6 months of the 26/11 attack, despite a lackadaisical response by UPA-1 during the 26/11 attacks – epitomized by Home Minister Shivraj Patil’s obsession with his clothes for TV appearances rather than fighting the terrorists.

It is time we change this apathy towards those in law enforcement and defense who stake their all so that the rest of us can live in peace. Lets make a beginning by paying  2 min silent homage, wherever we are to those bravehearts who laid down their lives on 26/11 – 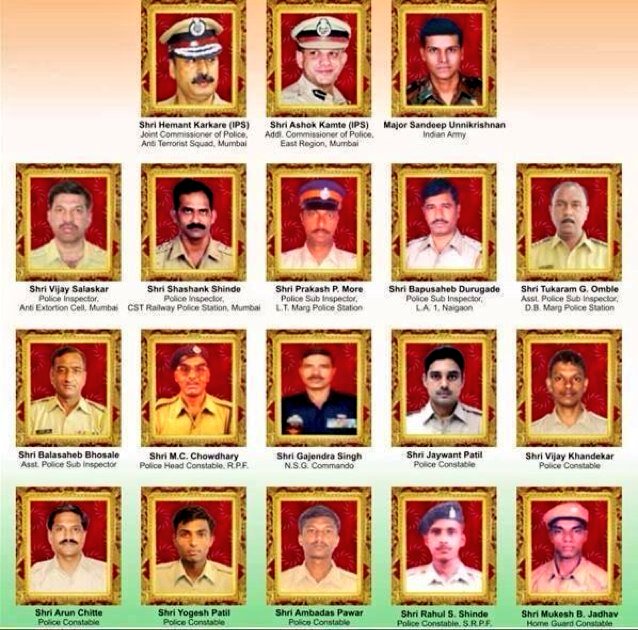