26/11 Mumbai Attacks – 10 years on, have those responsible been held accountable? 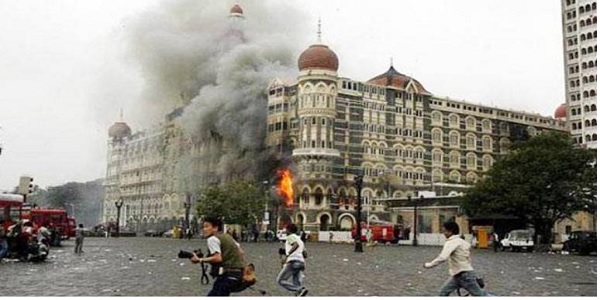 The 26/11 terror attacks shocked the entire world, but to a Bharat benumbed by a string of serial bomb blasts in multiple cities in the preceding years, this coordinated and sophisticated act of terror seemed almost inevitable.

We, the citizens, watched the live coverage of the horrific attacks on our over-zealous TV channels that ended up leaking sensitive information to terrorist handlers across the border; we watched as the Union Home Minister Shivraj Patil changed his clothes 3 times in the span of two hours while the attacks were ongoing; we saw the Maharashtra Home Minister RR Patil describe the attacks as “Bade bade deshon mein chhote cheez hote rehte hai” (small things happen in big countries).

Even before Ajmal Kasab, the lone terrorist captured alive due to the heroic efforts of a lathi-wielding cop Tukaram Omble, admitted that he & his fellow jihadis were trained and sent by Pakistan’s ISI & Army, we knew that an attack of this scale and precision could only have emanated from one place. Yet, we did not blink when senior politicians like Digvijay Singh propped up conspiracy theories to blame ‘saffron terrorists’ for the attacks.

We were too numb to realize that in the immediate aftermath of the attacks, our left-liberal dominated media’s main goal was not to truthfully depict the attacks’ true horror (details about torture of victims was censored, and to this day there is no definitive India documentary on the attacks), but to see that they were not ‘politicised’ and to avert any retributive military action against Pakistan.

The usual cycle seen after every major terror attack during the UPA regime was seen after 26/11 as well –  outrage, strong denouncements, sharing of dossiers with Pakistan, Pakistan vowing to take action against ‘non-state’ actors, talks being cancelled, analysts and op-eds advocating patience and calling for ‘strategic’ restraint.

But 10 years on, none of the Pakistani masterminds of 26/11 have been brought to justice. While we have seen a marked improvement in the internal security environment & an effective clampdown on jihadi terror after the advent of the Modi government in 2014, and have thankfully not (yet) succumbed to the secular calls for ‘uninterrupted and uninterruptible’ dialogue with that rogue state, we and the rest of the international community have failed to hold Pakistan accountable for its direct role in one of the worst terror attacks the world has ever seen. 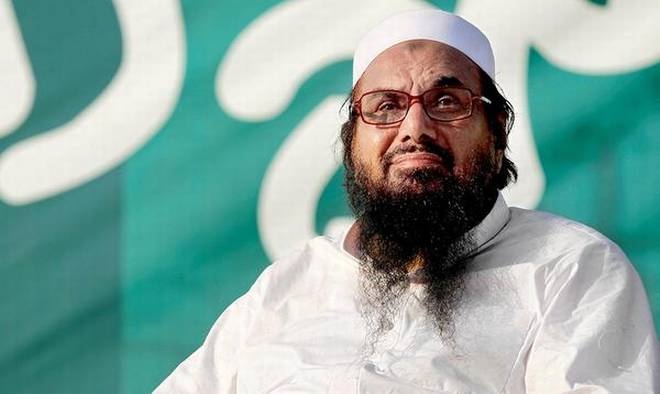 Saeed is an internationally designated terrorist who is influential in Pakistan among many Islamic religious groups. He was involved in the 2008 Mumbai attacks, the 2006 Mumbai train bombings, and the 2001 Indian Parliament attack. Saeed is listed on the NIA Most Wanted list and Bharat has banned his organisations LeT and JuD as terrorist organisations. USA has placed a bounty of $10 million on his head.

In 2009, he was placed under house arrest twice for few days and on 12 October 2009, the Lahore High Court quashed all cases against Hafiz Muhammad Saeed and set him free. In fact in 2018, the court in Pakistan also notified that Jama’at-ud-Da’wah is not a banned organisation and can work freely in Pakistan. Hafiz Mohammad Saeed has the full backing of the Pakistani Army & ISI and routinely holds large demonstrations in Pakistani cities that attract tens of thousands of supporters. 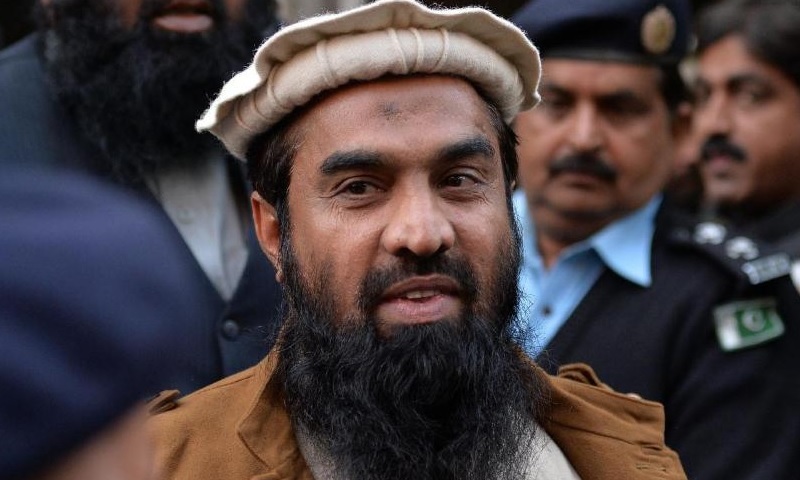 In 2008 Pakistani armed forces arrested Zaki ur Rehman Lakhvi in a raid on an LeT training camp near Muzafarabad in PoK. Pakistan confirmed the arrest but refused to hand over any of its citizens to Bharatiya authorities stating that any Pakistani citizen accused of involvement in the attack would be tried in Pakistan.

However, in 2015, Lakhvi was released from jail on bail by Pakistan’s Lahore High court. He resurfaced in February 2018 and is actively organising collection of donations in Punjab in Pakistan.

Former Pakistani Prime Minister Nawaz Sharif, who till a few years ago was hand in glove with the military establishment but has now run afoul of it and consequently finds himself incarcerated, stated in May this year, “Militant organizations are active (in Pakistan). Call them non-state actors, should we allow them to cross the border and kill 150 people in Mumbai? Explain it to me. Why can’t we complete the trial?” David Headley is an American terrorist of Pakistani origin, and a spy who conspired in plotting the 2008 Mumbai attacks. On January 24, 2013, a U.S. federal court sentenced Headley to 35 years in prison for his role in the Mumbai attacks. Headley was prosecuted by a Mumbai special court in early February 2016, via a video link from his prison cell in the United States.

Headley was working as a drug informant for US intelligence, and after the 9/11 attacks he was sent to Pakistan in order to collect information on terrorists. In the period from 2001-09, Headley avoided arrest in US despite at least six warnings to US federal agents about his terrorist activities. Prior to the Mumbai attacks in which 6 American citizens were part of the 166 people killed, most western countries led by the US refused to acknowledge that the LeT posed a threat to them. They viewed LeT as being exclusively Bharat-centric, and turned a blind eye to Pakistan’s support for terrorist outfits which they thought did not pose a direct threat to the West.

Headley scouted the Oberoi Trident Hotel, the Leopold Cafe, and the Chhatrapati Shivaji Terminus. When LeT decided to target the Nariman House, a Jewish community center, Headley visited the location posing as a Jew. Headley also took boat tours to look for places where the attackers could reach the city through the waterfront. For the maritime reconnaissance, Headley received assistance from a frogman in the Pakistan Navy.

In his confession, Headley unambiguously stated that the Mumbai attacks were planned and executed with active ISI involvement at every stage. Headley’s trainer and handler for the 26/11 attacks was ISI’ Major Iqbal

Headley disclosed that he had been in contact with other ISI officers as well including Major Samir Ali, Lt. Colonel Hamza and Colonel Shah. The US media, citing US officials, have reported that Headley had told investigators that he had a Pakistani relative who was a former deputy director of the ISI and an army general.

Major Iqbal and LeT leader Sajid Mir had jointly supervised Headley’s forays into Bharat for surveillance operations and operational planning for the Mumbai attacks. US Federal prosecutors used Headley’s account and corroborating evidence to file charges against Major Iqbal – this was the first ever instance of the US government charging a serving Pakistani intelligence officer for terrorism. He was charged with the murder of the six US nationals killed in Mumbai.

However, as has been its wont, Pakistan has over the years steadfastly refused repeated US requests to arrest him. Reports indicate that Major Iqbal remains a serving officer in the ISI.

Sajid Mir is a 40-year-old Pakistani national, who is known as LeT’s foreign recruiter and key member of the terror outfit. Sajid Mir was the LeT terrorist who supervised the operatives directly involved in the Mumbai massacre and also was the LeT “handler” for Headley.

Mir’s last known location was Muridke in Pakistan. He is reported to have several passports including one with a Christian name, and has travelled to Dubai, Qatar, Syria and Thailand. It is said that Sajid Mir was once arrested in Dubai, but was released soon after his LeT connections came to the fore.

Abu Qahafa trained the LeT operatives for their deadly mission. LeT commander Mazhar Iqbal provided high-level guidance. Mir, Qahafa, Mazhar Iqbal and Major Iqbal were all indicted by a US federal court for their involvement in the 26/11 attacks. All 4 men are believed to be leading unrestrained lives in Pakistan. Zabiuddin was the Hindi tutor and handler of the 10 terrorists responsible for the 2008 Mumbai attacks. Zabiuddin is believed to be one of the four LeT men who had come to send off Ajmal Kasab and nine other terrorists from Karachi a week prior they went to Mumbai. His direct role in the Mumbai attacks can be gauged from the fact that he was among the handful of terrorists allowed access to the control room in Karachi from where the attacks were supervised and directed in real-time.

On 21 June 2012, the Intelligence Branch took custody of Abu Hamza alias Sayed Zabiuddin on his deportation from Saudi Arabia at the Indira Gandhi International Airport in New Delhi, and on 25 June 2012, formally handed him over to Delhi Police, that announced the arrest, for him to be produced at the New Delhi Court for trial. Abu Jundal told the Bharatiya authorities that two ISI officers, both of the rank of Major, were present in the control room while the Mumbai attacks were underway.

His trial is still stuck in Bombay High Court, and he is serving life imprisonment in Mumbai for another terrorism-related case.

Senior Congress leader of Congress Digvijay Singh blatantly blamed RSS for the 26/11 terror attack. In 2010,  a book named “26/11 : RSS ki Sazish” written by Aziz Burney (Editor-in-Chief of leading Urdu newspaper ‘Roznama Sahara’) was released by him along with another Congressman K Rehman Khan who was also Deputy Speaker of Rajya Sabha at the time. In 2016, David Headley made a number of revealing confessions, directly implicating Pakistan’s premier intelligence agency ISI. But there was no word of apology from Digvijay Singh or the Congress leadership for falsely framing RSS.

A day after the Mumbai terror attack ended on 29/11,  the then Congress general secretary and heir apparent Rahul Gandhi was seen partying hard till 5 in the morning at a farmhouse on Delhi’s outskirts for the ‘sangeet’ ceremony of a childhood friend’s wedding.

The Congress Chief Minister of Maharashtra, Late Vilasrao Deshmukh took his actor son Ritesh and film maker Ramgopal Varma on a tour of the terror-hit Taj and Oberoi hotels in the aftermath of the 26/ 11 attack.

While we must appreciate the Modi Government’s steps in cracking down on terror – both jihadi and Maoist, we must not forget that the threats to Bharat are as real and potent as they were in 2008. Our attitude towards Pakistan still reflects some of the old wishful thinking – the Kartarpur corridor initiative and associated rhetoric clearly demonstrates this. Our governing classes & intelligentsia still seem all too eager to buy into Pakistani duplicity that ‘this time is different’ without any concrete evidence of change in Pakistani’s use of terror as state policy.

A lethal, miasmic mix of bureaucratic inertia, left-liberal woolly-headedness, muddled diplomacy, cabal of traitorous elite and judicial apathy means that we are still far-far away from bringing the real perpetrators of 26/11 to book, and to dealing a body blow to the scourge of Islamic terror which is rooted in Pakistan.

Having a Congi govt md Indians feel so helpless. It was as if there was nobody on our side.

As if Paki Jihadis were free to kill us and all the rest of Pakis were there to rub salt in our wounds, laugh at us & belittle our deaths.

Modi & Doval did much to wipe away helplessness

The correct way to honor the victims of the 26/11 #MumbaiTerrorAttack is to visit vengeance upon the perpetrators:

The LeT terrorists (Hafiz Saeed etc.) as well as their Pakistan Army handlers (all the way to the top).