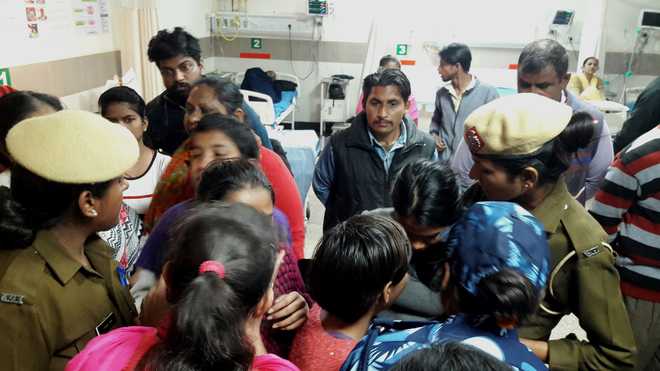 25 children have been rescued from an unregistered Christian children’s shelter home in Ambala which was running in violation of Juvenile Justice Act norms and where children were illegally converted to Christianity, The Tribune has reported.

“The home was being run illegally. The children have been rescued and sent to safer homes. Despite repeated directions, the home operators failed to fulfil required conditions for the registration as per the Juvenile Justice Act. An investigation has revealed that children have been forcibly converted to Christianity,” DPO Baljeet Kaur said.

“A committee was constituted by the Deputy Commissioner under the chairmanship of ADC and ample time was given to the home to fulfill conditions, but they failed. Therefore, it was not appropriate to keep the children at an unregistered home,” she said.

An Amar Ujala report states that the Christian surname ‘masih’ was found appended to names of all children in the home’s records. Boys and girls were being housed together and CWC was not being informed about new children brought to the home. It is believed that children were being brain-washed, as one small girl even attacked the police team that raided the home with a knife.

The children reportedly belong to the couples who have either separated, not able to keep them or one of the partners is no more.

The children were brought to the Civil Hospital, Ambala Cantonment for a medical checkup. After the checkup, the girls were sent to Bal Kunj, Chhachhrauli, and boys to Child Care Institute, Karnal. Some minor girls were inconsolable and they were not ready to go.

Gurdev Singh, Officiating Chairperson, CWC, said: “The children will be provided counselling and further action would be taken accordingly.”

Refuting the allegations and playing the minority victimhood card, Phillip Masih, president, mercy home, said “We have dedicated our lives for the welfare of these children and have never converted any child. We have always cooperated with the administration whenever the missing or orphan children used to be sent to us. I am being harassed just because I am a Christian.”

Such cases of illegal children’s homes run by Christian missionaries where children face varying degrees of abuse frequently come to light from across the country.

Some time back, a Christian pastor in Hyderabad was arrested for forcing children from his ‘orpahange’ to beg – the pastor had tricked poor parents by claiming that he ran a hostel where their children would be provided free education. In Dec 2015, 30 children were rescued from two homes run by the Emmanuel Seva Group in Greater Noida and Meerut – the children were forcibly converted to Christianity, starved & brutally punished for failing to recite Bible passages and paraded before potential donors.