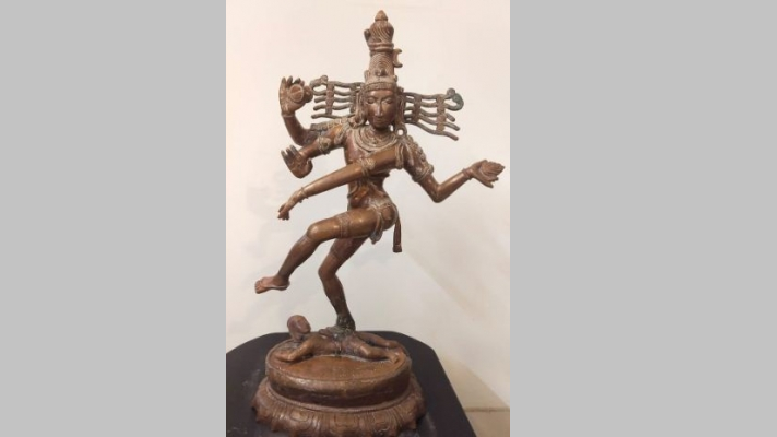 Tamil Nadu idol wing police has commenced investigation into the French connection after 20 murtis were recovered from the residence of a French citizen from Auroville in Puducherry.

Acting on a tip-off that a shop selling antique materials was dealing with stolen artifacts from Tamil Nadu, the idol wing obtained an order from a judicial magistrate court to search the shop.

While searching the shop on September 11, the idol wing team led by Inspector R. Indira, Sub-inspector, Balachandran, and constables could understand that a French national was also involved and searched his residence and recovered 20 artifacts.

The seizure of the murtis from the French national’s residence, who was in France during the raids, has alerted the Tamil Nadu Idol wing to probe whether more such smuggling has taken place involving French nationals.

Sources in the idol wing told IANS that a dealer had tried to help the French national and had even obtained Archaeological Survey of India (ASI) clearance.

The Idol wing has unearthed the case involving smuggling of stolen murtis from many parts of Tamil Nadu to European nations and the US. The department has also brought back several stolen murtis from various museums in Europe and theh US.

The department, according to Idol wing officers, is probing whether more such artifacts were smuggled abroad using the connections in Puducherry and Auroville where large number of foreign nationals are staying.