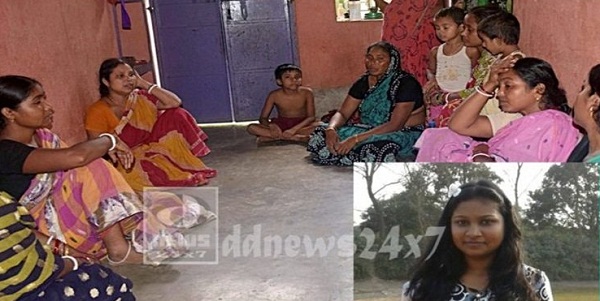 The family is holding her tuition teacher, Sheikh Imran, reponsible for this extreme step. It seems that Rakhi had already told her family that Imran had made a love proposal to her and was continuously pressurizing her to marry him.  Her family filed a police complaint and the teacher was finally arrested. The news has been covered by Bengali media.

Class 12 girl Rakhi Saha committed suicide after returning from tuition. The teacher Sheikh Imran was blackmailing her to marry him: Parents pic.twitter.com/hBRVGUtb6N

On the afternoon of 2nd August, teacher Imran called Rakhi for tuition. There was no other student present in the class. After returning from tuition, Rakhi hanged herself in her house. It is unfortunate that the family was still sending her to Sheikh Imran for tuition after she told them about his intentions. The family says she was a bright student and they could not figure out that she could take such an extreme step. Malda district is a Muslim majority region and notorious for Love Jihad and related news.