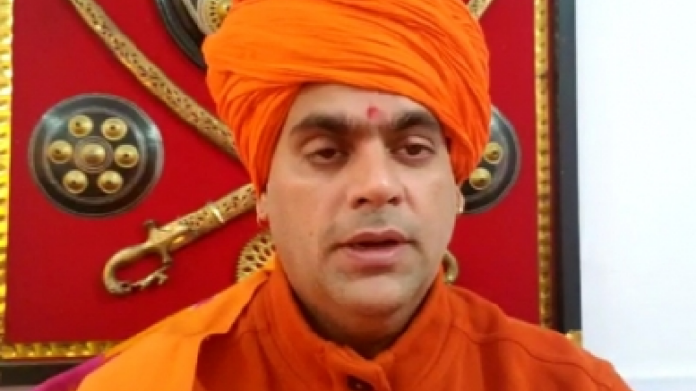 In the latest development to the controversy surrounding the upcoming mythological film ‘Adipurush’, Swami Chakrapani Maharaj, National President of the Akhil Bharat Hindu Mahasabha, has called for a body of Hindu seers to be included in the Censor Board to stop any anti-Hindu movie from releasing.

Chakrapani claimed that people in Bollywood have always mocked the Hindu religion and now the time has come to oppose them.

“They won’t succeed in defaming Hinduism if we have a body of seers in the Censor Board. Every movie should first be reviewed by the body which will thoroughly check if the religion is being defamed or not,” he added.

On Thursday, the Sarva Brahmin Mahasabha sent a notice to Om Raut, the director of ‘Adipurush’, asking him to remove controversial scenes from the film in seven days or else face legal action.

The film’s trailer has triggered netizens over its content.

While some people on the Internet are trolling the poor VFX, others are criticising the film over inappropriate portrayal of gods in the film.

Saif’s look as Raavan with beard made social media users question if he is playing Raavan or “Babar” or “Alauddin Khilji” in the film.

Earlier on Tuesday, Madhya Pradesh Home Minister Narottam Mishra reportedly expressed his anguish over the portrayal of the gods in the film.

Mishra said that Hanuman was shown wearing leather clothes while the description of his appearance is clearly given in the Hanuman Chalisa.

‘Adipurush’ is a retelling of the Ramayana. Prabhas’s character is termed as Raghav, which is another name for Lord Ram. Saif plays Raavan, while Janaki (Sita) is played by Kriti Sanon.