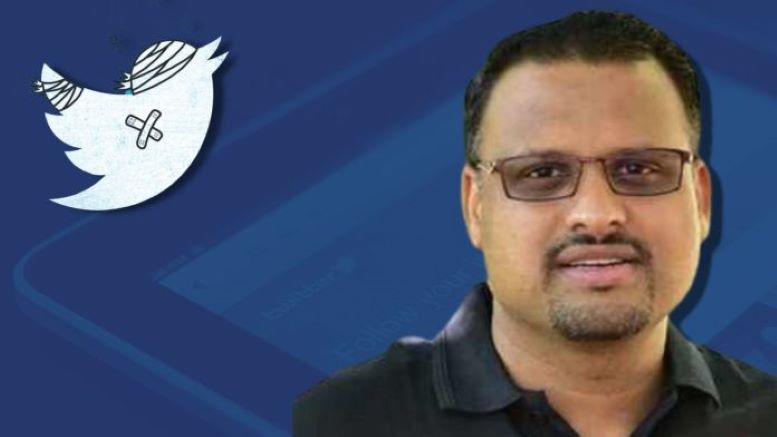 A case has been registered against Twitter India Managing Director Manish Maheshwari in Uttar Pradesh (UP) for showing a wrong map of Bharat on their website. He has been booked under Section 505 (2) of IPC and Section 74 of IT (Amendment) Act 2008. The case has been filed on the basis of a complaint by Bulandshahr Bajrang Dal leader Praveen Bhati.

Twitter, which has since removed the incorrect map, faced a backlash after it showed a distorted map of Bharat on its career page. The map depicted Jammu and Kashmir as a part of Pakistan whereas the whole of Ladakh was shown as Chinese territory.

In his complaint, Bhati said that Twitter had intentionally put up a distorted map so as to mislead the world. He has also stated that by showing Bharatiya land as Pakistani and Chinese territory, Twitter has not just hurt the sentiments of Bharatiya citizens but also violated the law of the land.

BJP IT Cell chief Amit Malviya said “This is not the first time that Twitter has got India’s map wrong and that’s perhaps the reason why intermediary guidelines mandate that social media and tech company employees should understand the local cultural sensitivities in territorial issues. I guess it is time to realize that there is inadequacy in compliance with the law of land.”

Maheshwari had earlier been granted interim relief from arrest by Karnataka High Court with regard to a case filed by UP’s Ghaziabad police for circulating a fake hate crime video on Twitter earlier this month. In the meanwhile, legal troubles for Twitter are far from over as Madhya Pradesh (MP) Home Minister announced the decision to initiate action against the social media platform for its distorted map.

Dr. Narottam Mishra posted a video regarding the same in which he said “An FIR will be filed against Twitter by the Madhya Pradesh government for displaying the wrong map of Bharat where Bharat’s lands are shown as Pakistani and Chinese territories.”

“For a long time, Twitter has been going against the country. Sometimes speaking unrestrained about Bharat and sometimes by displaying the wrong map of the country. These are all serious issues and cannot be taken lightly. The central and state government have also taken it seriously,” Mishra said while confirming that DGP Vivek Jauhri has been asked to conduct a probe in the matter and register a case accordingly.

Twitter is a repeat offender and had been called out by national security expert Nitin Gokhale in October 2020 for marking Bharat’s Leh as part of the People’s Republic of China (PRC). The current violation comes at a time when Twitter is at loggerheads with the Bharatiya government over the proposed new IT rules.

Twitter had appointed Dharmendra Chatur as the interim grievance officer. Chatur has, however, resigned from the post after being summoned by the UP police along with Twitter India Managing Director Manish Maheshwari with regard to a fake hate crime video that was made viral on the platform.

Even though it has taken down the incorrect map, Twitter is yet to apologize or issue a clarification in the matter.