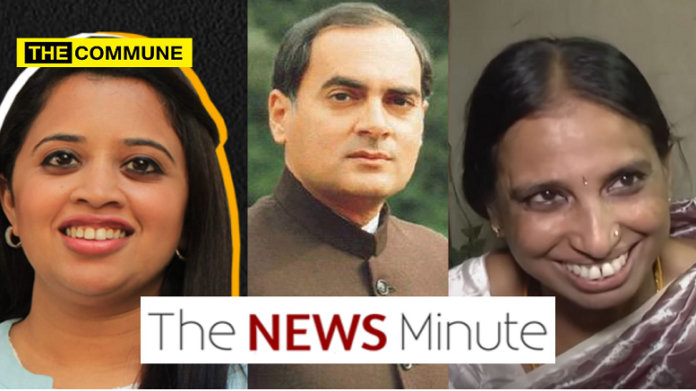 The Supreme Court released the remaining six convicts in the Rajiv Gandhi assassination case on Friday (11 November 2022), extending the benefit of its order that freed their co-convict AG Perarivalan saying, “the appellants are directed to be set at liberty if not required in any other matter”.

Hearing the convict’s petitions, a bench of Justices B R Gavai and B V Nagarathna noted that the applicants’ death sentences had previously been commuted to life sentences due to delays. “We order that all appellants’ sentences be deemed served.” “The applicants are thus ordered to be released unless otherwise required,” the bench said.

According to the investigation agencies, Nalini took Dhanu, the suicide bomber, to a shop to stitch the salwar kameez that was used to conceal the IED for the assassination. The attack also claimed the lives of fifteen other people, including nine police officers, and injured 43 others.

However, parties like DMK, VCK, MDMK, and NTK, as well as a few other news outlets have been trying hard to portray the Rajiv Gandhi assassins as innocents. Dhanya Rajendran, Editor-in-Chief of The News Minutes, did an interview with Rajiv Gandhi’s assassin Nalini, eulogizing her and extracting sympathy bytes.

The thumbnail of The News Minute interview with the now-released terror convict, carried the title “SC ended my suffering”. The video starts off with a clip of an emotionally overwhelmed Nalini coming out of jail.

“31 years in jail, Nalini Sriharan is finally a free woman”, Dhanya Rajendran starts off the interview.

Expressing her feelings after hearing the Supreme Court judgement, the convicted terrorist in the Rajiv Gandhi Assassination case who has now been released sid,”This was something I was expecting. If Arivu (Perarivalan – another assassin) could be released, I believe the Supreme Court will release us as well. Arivu was prosecuted under Central Acts, but I was only prosecuted under state laws: IPC sections 302 and 120b. I should have been released a long time ago.“

Further, Dhanya as a matter-of-factly states “When you live in Tamil Nadu you see a lot of people reacting with joy, happiness, satsifaction, whatever it it is. But outside there are a lot of people who believe that this sends a wrong message. The Congress especially had a press meet yesterday.”

In response this Nalini stated,”They have their own opinion. We cannot expect everyone to love us or understand us. Opinions may differ.”

Nalini said to the families of the victims who died in the bomb blast along with Rajiv Gandhi, “The decision was made by the Supreme Court, and no one can question it. The Supreme Court is more familiar with the case than the victims’ families. Will the dead people come to life if we stay in jail indefinitely? If so, I will definitely go to jail again.”

Dhanya Rajendran who can be seen with a toothy smile all through the interview, further attempted to trivialize the bomb blast by asking Nalini about ‘her struggles’ in jail. She asked Nalini if she had become acquainted, like Arivu, with the nitty-gritty of filing petitions in court. She went on to ask about her daughter’s reaction to the verdict, how the degree she pursued while in jail helped her, her record of being in jail for three decades, her difficulties during her pregnancy in jail, and other questions that whitewashes her image as a bomb blast convict.

Dhanya further asked “I’ve always felt that Megara perhaps suffered the most, your daughter. Do you feel so?” to which Nalini replied “Yea, I also feel the same way and she also feels the same way.. We are matured. We can endure all these things. She (her daughter) was young. She didn’t get whatever a young baby deserves. So, what you say is correct. She was the most unfortunate baby.”

Nalini further added,”I faced numerous challenges both before and after my pregnancy. Nobody assisted me. It was extremely difficult to care for my daughter while she was in jail with me. Now I wanted to live my life for my family, who had lost everything as a result of my actions.”

She further said,”Governor RN Ravi previously worked as a police officer. How can I expect him to sign my mercy petition when many police officers were killed in the case to which I am related? He must be extremely intelligent in order to lead our Intelligence for ten years. I am not going to say anything against him.”

(The story was published on thecommunemag.com on November 14, 2022 and has been reproduced here.)