The Wall Street Journal and Rahul Gandhi should apologize: VHP 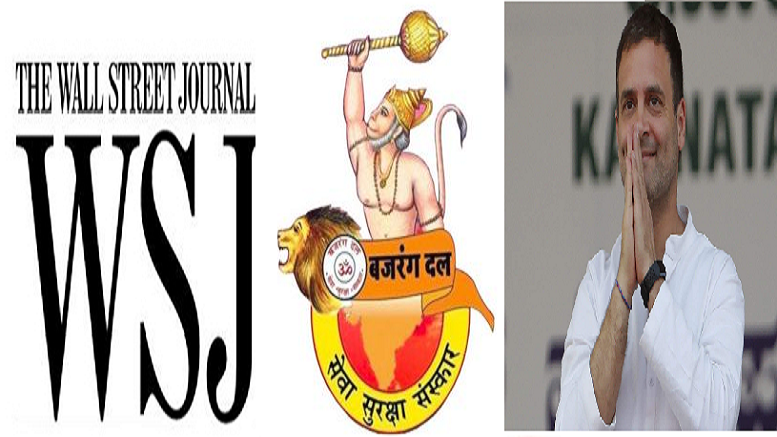 The Vishva Hindu Parishad has said that Rahul Gandhi’s conspiracy to defame Bajrang Dal, under cover of false accusations published in the Wall Street Journal, has exposed his mind set.

VHP Secretary General Shri Milind Parande today said that a nationalist organization like the Bajrang Dal is evidently poking in the eyes of Rahul Gandhi, who has proactively been standing by and standing up with lots of anti-national elements, including the pro-China and pro-Pakistan Tukde-Tukde gang, the anti-CAA hordes and hooligans and the Delhi rioters advocating their unconstitutional and anti-national stances. His affiliation and rapport with China is well known. He would believe in an American newspaper but, not in a Pan-Bharat nationalist youth organization!

The VHP Secretary General also asked the Wall Street Journal to apologize for its false reporting. He said that the WSJ tried to target and discredit Bharat under the pretext of maligning Bajrang Dal, is totally unacceptable.

He said that the earlier media reports, quoted from the Wiki-Leaks, make it clear that Mrs. Sonia Gandhi had also been hatching quite a lot of conspiracies to ban the Bajrang Dal, but she could not succeed. Incidentally, the Facebook has clarified that there is no reason to block Bajrang Dal on Facebook.

This reflects their hostile anti-Hindu mindset. Sri Parande said that now Rahul Gandhi and the Wall Street Journal should apologize to the Bajrang Dal and the Hindu society that forms 1/6th of the global population.