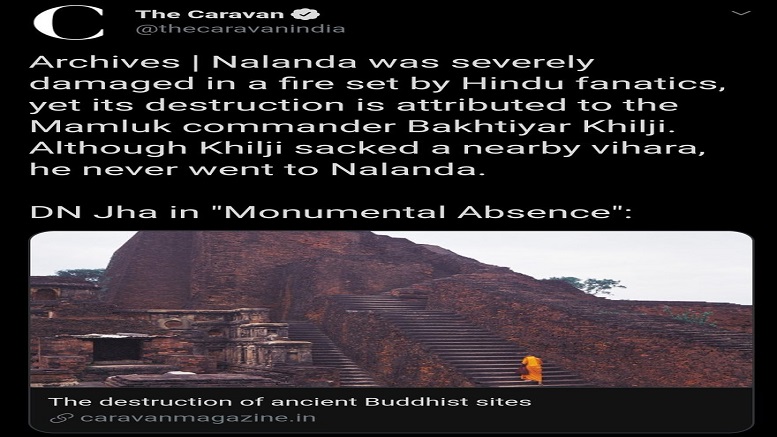 The Caravan magazine recently posted this where it is claimed that Nalanda was burned by “Hindu Fanatics” and not by Bakhtiyar Khilji. Let’s see what the facts say. First of all both Buddhist and Vedic texts were taught at Nalanda. As Hiuen Tsang says, Vedas including Atharva Veda was taught in Nalanda. 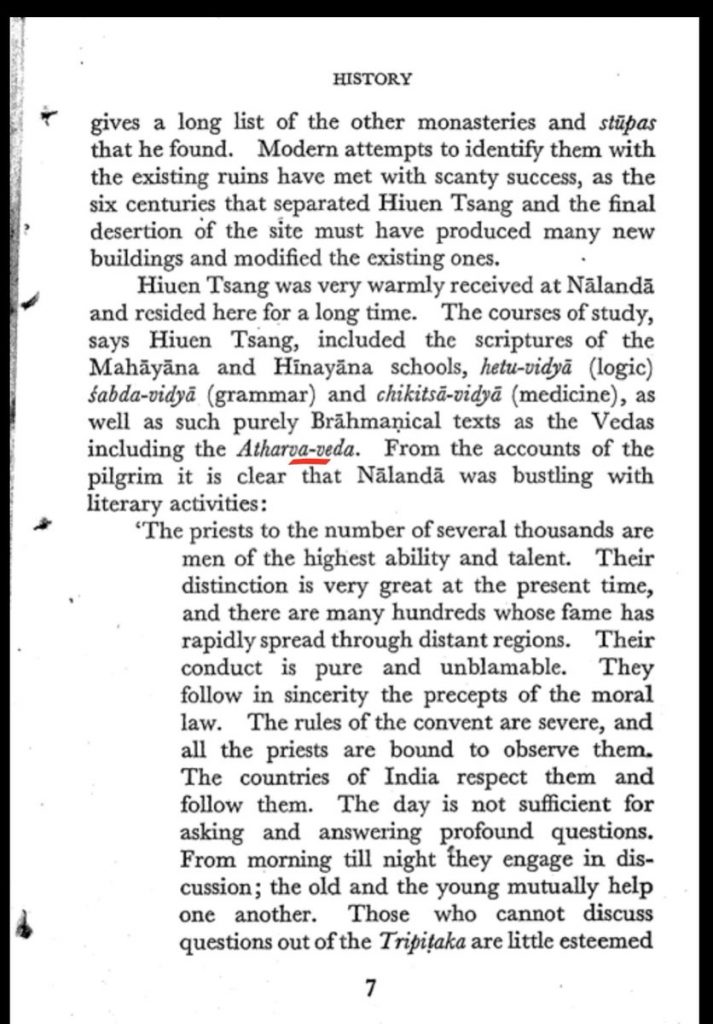 Why will “Hindus” burn their own texts? No Hindu can burn Vedas, that’s for sure, hence it was a common place for learning and discussions among Buddhists and Hindus. Also, Sanskrit Grammar was taught there, as I-Tsing says there was very extensive study of Sanskrit Grammar being done there. It is highly possible that Mahabhashya and Ashtadhyayi was taught there and maybe some older Sanskrit grammar texts. Many Brahmins used to live there as without them study of Vedas and Sanskrit would have been impossible. See the accounts by Muslim Historian Minhaj-I-Siraj, who in his Tabaqat-i Nasiri mentions destruction of Nalanda (Vihar). They captured the university which they thought was a fort. They looted it and killed all the monks there. They also found a large number of books 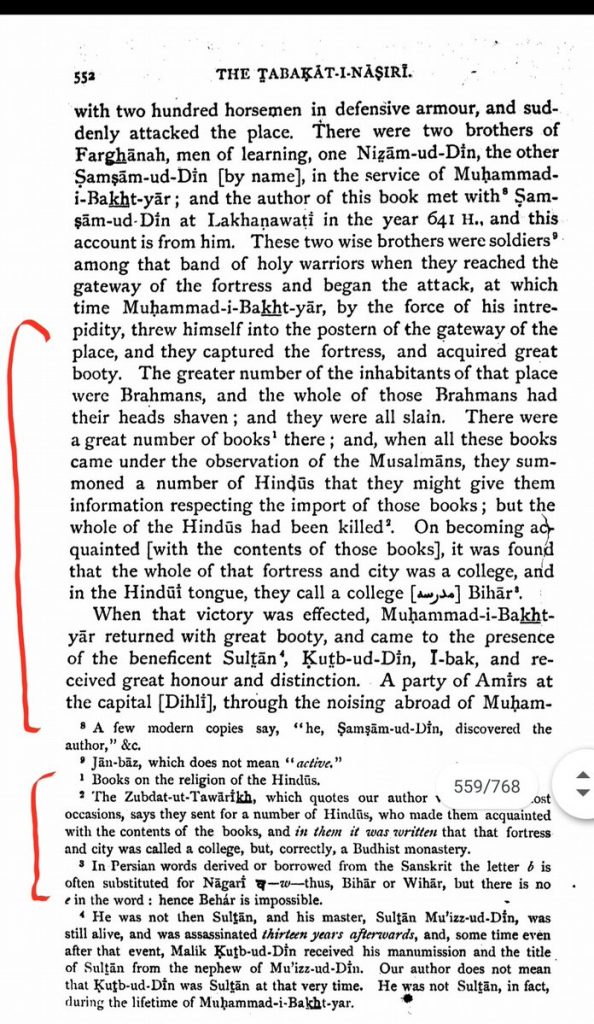 This was the destruction of Nalanda as mentioned by Minhaj but some claim this was not Nalanda but some other Vihar nearby. However, it is wrong. The amount of loot was so large that Khilji received honour and distinction for that. Clearly, that was Nalanda.

There is, however, mention of a University being burned by Tirthika beggars that is found in a Tibetan text Pag-Sam Jon-Zang, But this was written about 500 years after Nalanda was destroyed hence, not as authentic a source as Tabakat-I-Nasiri.

(This above has been compiled from the tweet thread of @VedicWisdom1 )

The Nalanda university was destroyed by Turkic invading general Muḥammad Bakhtiyar Khalji around 1197 CE (some sources say it was destroyed in 1193 CE). “Smoke from the burning manuscripts hung for days like a dark pall over the low hills,” wrote contemporary historian Minhaj-I-Siraj in his Tabaqat-i Nasiri.

The misleading article about Nalanda’s destruction which The Caravan has recently plugged from its archives was penned by Marxist historian DN Jha. Jha has been repeating this brazen lie about Nalanda being destroyed by “Hindu fanatics” for many years now, despite several rebuttals – the most telling one being by Arun Shourie in his book ‘Eminent Historians: Their Technology, Their Line, Their Fraud’,

The Caravan is a notorious anti-Hindu magazine which was at the forefront of the attempt to portray the death of Judge BH Loya as an ‘assassination’ ordered by HM Amit Shah. When the matter reached SC through a bunch of PILs filed by the usual left-liberal cabal, they were all dismissed with the SC bench scathingly remarking, “The public interest litigations (PILs) were filed to settle political scores and scandalise the judiciary and the process of law….a magazine and a daily newspaper published motivated reports to malign judiciary.” The magazine the bench was referring to? The Caravan. The newspaper? Indian Express.