Tamil Nadu Politics: why this intolerance of media houses for O Panneerselvam? 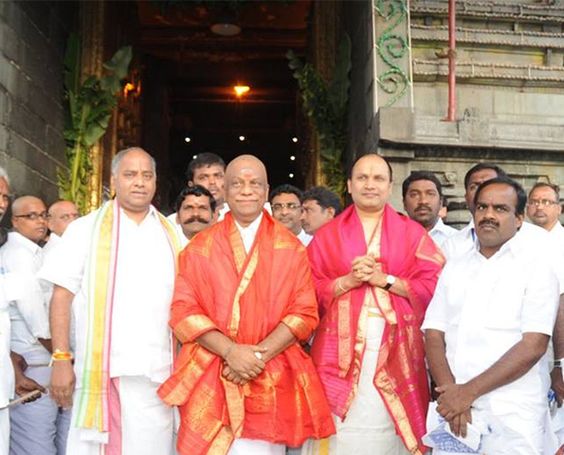 The state of Tamil Nadu has been the center of political attraction ever since the demise of Smt J Jayalalithaa, with many politicians from different parties trying to fill the political vacuum created by her death. While the former chief minister of Tamil Nadu, Sri O Panneerselvam has largely been the favorite choice of people of Tamil Nadu to take over the reins from Jayalalithaa, the national media houses claiming to be echoing the voice of people have largely maintained a stand opposite to this. Let us have a detailed analysis over this issue.

His rule, though lasting for a mere 2 months, showed some great signs of efficient administration. The effects of cyclone Vardah which devastated the entire city of Chennai were tackled efficiently as normalcy was restored in the city within 5-6 days. The efforts taken by O Panneerselvam received great appreciation for he himself inspected many places and interacted with laborers who were involved in works to repair the damaged parts of the city. Actions were also taken to quickly resolve the Jallikattu issue which broke into a state wide protest, thus paving way for conducting the traditional sport 4 years after its ban by the Supreme Court in 2012.

Then came the sudden resignation of Panneerselvam after the close aide of Jayalalithaa, Ms. V K Sasikala, was elected as the legislative leader of ADMK, paving way for her ascension as the Chief Minister. This was widely criticized by people across the state due to the corrupt activities of Sasikala and her family members, whose friendship with Jayalalithaa had landed her in trouble making her face several legal charges along with Sasikala.

At this point, Panneerselvam revolted against the party by revealing that he was forced to resign after meditating at Jaya’s memorial. While this act of his saw a large number of ADMK cadres and people of Tamil Nadu supporting him to continue as the Chief Minister, the mainstream media (MSM) were supporting Sasikala. MSM branded the Tamil Nadu Governor’s act, of delaying Sasikala’s swearing-in ceremony following the Supreme Court announcement that it will be delivering the verdict on a disproportionate assets case against her that week, as unconstitutional and motivated by the central NDA government in order to give time for Panneerselvam to gain the support of more MLAs.

Certain eminent journalists even questioned the honesty of Panneerselvam by calling him corrupt – this despite the man facing no corruption charges unlike Sasikala who has been convicted and sentenced to 4 years of imprisonment in the disproportionate assets case. This is somewhat similar to the mainstream media’s accusation against Prime Minister Narendra Modi as a mass-murderer who instigated riots in 2002 following the Godhra train burning incident, despite the clean chit given to him by the Court.

While the present scenario in politics of Tamil Nadu is indicating the return of Panneerselvam as the chief minister of Tamil Nadu, certain MSM journalists have once again started backing the current Chief minister Edappadi Palanisamy with their baseless allegations of BJP staging a backdoor ploy in order to reinstate Panneerselvam as the Chief Minister, for he is known to maintain a good relation with Prime Minister Narendra Modi.

This makes one wonder about the true motivations of such journalists. It is to be noted that many MSM journalists are seen to be supporting corrupt politicians just because they share anti-Hindu views.

Leaders like Narendra Modi, Panneerselvam, Jayalalithaa etc., are openly Hindu in their life which makes them publicly visit temples and stick to their faith, unlike certain secular-liberal politicians backed by MSM whose secular politics is based only on the appeasement of minorities. While the MSM backs such secular-liberal politicians despite their acts of huge corruption, leaders with Hindu credentials are opposed with a number of baseless allegations in spite of them being more popular among the masses.

This was pretty evident from the recently concluded UP elections where MSM journalists were backing Akhilesh Yadav despite his mal-governance, corruption and abysmal law & order record. The result though turned out to be quite different from their calculations as BJP swept the state and Yogi Adityanath was appointed as the chief minister, to the utter dismay of these journalists.

A careful analysis of the current scenario of Tamil Nadu politics reveal the same bias of journalists in national media houses who are uncomfortable with the rise of a person with staunch Hindu credentials in O Panneerselvam, who is not into appeasement of minorities in his politics. Does this exhibit the selective intolerance of these journalists towards politicians with Hindu credentials? Will they stop making baseless allegations, provoked by their anti-Hindu agenda, against such leaders? Or will they face any action for defaming such individuals with baseless allegations? Only time will tell.