Shekhar Gupta is himself a journalistic disaster 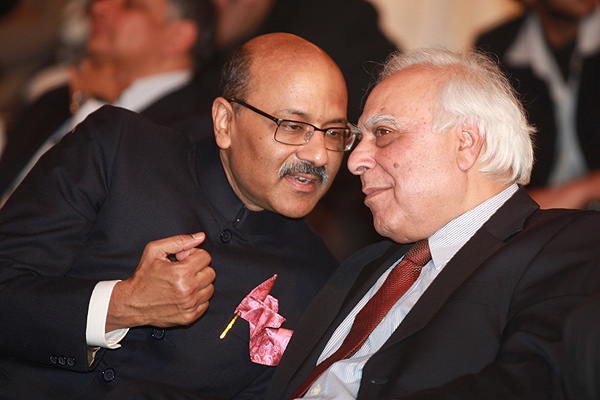 TheQuint came out with a sting report trying to project that the Sahayak system in the army was being seriously misused.  One of the Sahayaks, through leading questions, was made to say horrible things about the Army.  The concerned Sahayak, whose name and face was exposed in the sting, committed suicide when the video came out.  The journalist at TheQuint not only showed no remorse, but she actually justified her sting.  And the way this justification was carried, clearly shows that the management of TheQuint has supported the journalist, against whom the Army has charged violation of the Official Secrets Act, as well as abetment to suicide.

In this context, Shekhar Gupta, a supposedly senior journalist based in Lutyen’sDelhi, tweeted:

Charging @TheQuint reporter with Official Secret’s Act and spying is a stupid joke.  It was just a journalistic disaster, and should end era of stings as investigation.

I am not making the above up.  He did tweet the above.

What Shekharji seems to be clueless about is that there is a force called the Internet Hindu.  One of them, Rahul Roushan tweeted:

As if journalist disaster have course corrected the industry.  Radia people’s careers grew, and wheeler dealers too have grown.

Radia refers to the notorious lobbyist, Neera Radia, who used journalists to get the UPA government to do what her clients wanted.  Shekharji was not one of them.  Yet, he felt it necessary to come to the aid of his colleagues, and he replied to Rahulji as follows:

Wrong. Five journalists figures in Radia tapes with varying degrees of culpability.  Each paid in same proportion.  Real Lutyen’s fixers all got away.

I have heard many of the tapes of conversation between Neeraji and some journalists.  I can recollect four such persons – Vir Sanghvi, Rajdeep Sardesai, M K Venu, and Barkha Dutt.  I do not know who is the fifth.  In any case, except for Vir Sanghvi, who pretended to take a sort of sabbatical, the others carried on merrily in their jobs.  In fact, Barkhaji actually defended her conversation with Neeraji, saying that she played along with the latter to try and get a story!  Having contempt for their readers/viewers seems to be an essential requirement for being considered as a senior journalist in Lutyen’s Delhi.

Equally important, Shekharji should also inform the people of Bharat who are the real Lutyen’s fixers who got away.  I would like to suggest to him that having such people around is a serious threat for proper functioning of a democratic Bharat, where justice is not just done, but seen to have been done.

You mean law should be applied selectively – with journalists as privileged.

I thought this was a fair question, and many Internet Hindus agreed with it.  And, to my eternal happiness here is Shekharji’s reply:

No. That is why reporter cannot be charged with causing death.  Need fair inquiry into its cause and responsibility.

Happiness, because he confirmed my assessment that ‘having contempt for their readers/viewers seems to be an essential requirement for being considered as a senior journalist in Lutyen’s Delhi’.

The reporter has been charged, not convicted, after a preliminary inquiry.  And Shekharji is absolutely convinced that there has not been a fair inquiry, nor will there be one.  He has already pronounced the judgment in the case, so his subsequent tweets have to conform to the conclusion that he has already arrived at.

It is time that Shekarji, and other senior journalists in Lutyen’s Delhi, realize that they have gone way past their ‘best-by’ dates. They should crawl (figuratively speaking) into the woodwork, and stay there for the rest of their lives.  I think they have made enough in their dishonest method of living, and they will continue to live a lifestyle that this method has provided them.  Of course, they will not be go-to persons that they have so far been when those outside Bharat, and the expatriates in Bharat, want to know about the country and its people.  But then Bharat will be better served, since those wanting to know about the country will no longer be misled, and will take better decisions for themselves.