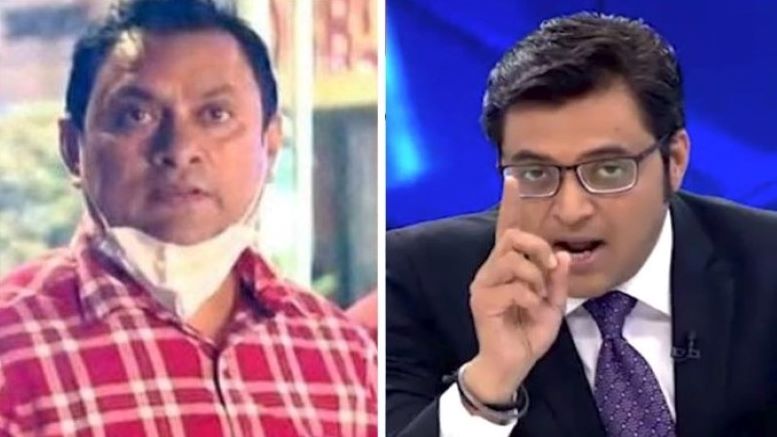 Republic TV Assistant Vice President Ghanshyam Singh was allegedly tortured brutally by the Mumbai Police while in custody as per the statement issued by the channel. On Tuesday Republic TV filed an affidavit before the Bombay High Court (BHC) highlighting the stating that Singh was subjected to brutal physical assault including being lashed with a chakki belt (thick belt).

Republic TV affidavit says that Singh was pressurized through physical torture to give out a statement that would incriminate both his channel as well as Singh himself in the fake TRP scandal that the Uddhav Thackeray led MVA (Maha Vikas Aghadi) government is trying to force upon Republic TV in a bid to seek revenge from Republic TV Editor-in-chief Arnab Goswami.

When he did not give in to the Mumbai police’s pressure tactics to follow a pre-meditated script given by them, the channel’s AVP  was continuously whipped with a thick belt, and even though he kept crying in pain, Mumbai police executives turned a deaf ear. The subordinates following the orders of superiors kept torturing Singh says the affidavit.

Republic TV has given out several details of the torture in its affidavit. It states that the police officer allegedly told Singh at one point in time that  “you will not accept like this. Accept that you gave him money” referring to an unknown man and further said that if you do not accept even now then we have other methods to make you comply.

Further, it has been pointed out that “Mr. Singh was left with deep bruises and injury marks on his hand following the assault on him in custody. All due process was disregarded, procedural safeguards were sidelined and a horrific, horrendous and heinous exercise to assault him in custody, torture, harm and physically break him down were undertaken.”

Republic TV’s affidavit states that psychological coercion tactics were applied by the police to ensure that Singh agrees to the false narrative that the Mumbai police is trying to create in the fake TRP case. Singh, however, refused to give in to the pressure tactics and continued to maintain that neither had he given any money to manipulate TRPs nor did he or Republic TV indulge in any wrongdoing.

OpIndia report quotes the Republic TV affidavit as saying “he was threatened by the senior police officer of the Respondent No. 3. In fact, one of the police officers intimidated Mr. Singh by saying- “humare pass doosrae raaste bhi hain… half hour later you will say… 10 days later you will”.

The fake TRP (Television Rating Points) scam was brought to light by Mumbai Police Commissioner Parambir Singh in his 8th October press conference where he alleged that the Mumbai police had been alerted about the manipulation of TRPs by Hansa research. Interestingly, however, though Parambir Singh kept alleging that Republic TV was manipulating TRPs, the FIR  filed by Hansa Research did not mention Republic TV even once and had actually mention the India Today channel numerous times.