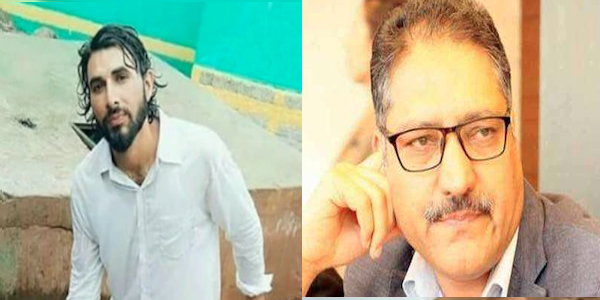 Ever since the Union Govt announced a ceasefire on anti-terror operations by security forces during the month of Ramzan, the security situation in Kashmir valley has worsened. The latest evidence of this came yesterday when owner-editor of pro-separatist news outlet Rising Kashmir, Shujaat Bukhari, was shot dead along with his two personal security officers by 3 Islamic terrorists in the heart of Srinagar.

In another gruesome incident, a jawan of the Indian Army who was abducted in Pulwama in South Kashmir on Thursday morning, has been tortured and killed by terrorists. The body of the jawan, identified as Aurangzeb, was found by a team of police and Army at Gussu village, nearly 10 km away from Kalampora, in Pulwama district. In a similar case in May last year, terrorists had abducted Lieutenant Ummer Fayaz, while he was attending a family wedding and killed him.

All this violence comes just a day after 4 BSF personnel, including an officer, were killed and three others injured in unprovoked firing by Pakistan Rangers along the International Border (IB) in Samba district of Jammu and Kashmir.

One Assistant Commandant, one Sub-Inspector and two soldiers of Border Security Force (BSF) today lost their lives in ceasefire violation by Pakistan in Chambliyal sector of Samba. #JammuAndKashmir pic.twitter.com/5NTSBWKzDV

Quoting from this Times of India report –

“This is the second major ceasefire violation along the IB this month and came despite Director General Military Operations (DGMO) of the two countries agreeing, on May 29, to implement the ceasefire pact of 2003 in “letter and spirit” and a sector commander-level (BSF DIG-Rangers Brigadier) meeting here on June 4 to ensure peace by “holding fire” along the IB.

On June 3, two BSF personnel, including an assistant sub-inspector, were killed and 10 persons, mostly civilians, injured in heavy shelling and firing by Pakistan Rangers along the IB in Pragwal, Kanachak and Khour sectors.

The latest casualties take the number of those killed in ceasefire violation by Pakistan along the IB and the Line of Control (LoC) this year to 50, including 24 security personnel.“

One of those killed in Pakistani firing is an 8-month-old infant.

What does the data tell us about success or failure of the Union Government’s unilateral ceasefire announced at the prodding of CM Mehbooba Mufti? This Times of India report from 6 June titled ‘Centre’s unilateral Ramzan ceasefire shows upward trend in violence’ tells us

“Terror-related violence continued unabated and showed an upward trend in the last 20 days….In the last 20 days, terrorists killed more than three dozen people including cops and security forces’ men…. At least 143 people including 37 civilians, 71 terrorists and 31 security personnel were killed since January this year….Besides terror attacks at various places and ceasefire violations along the Line of Control and international border by Pakistani troops, stone pelting on the forces including police remains rampant….Last year after surge in terrorism in the first part of 2017, security forces had launched an offensive and revived Cordon and Search Operations (CASOs) in the Valley after 15 years, against militants in the Valley…By halting combat operations against terrorists, security forces are providing them breathing space in south Kashmir, a security expert said.”

The writing on the wall is clear – the Ramzan ceasefire has totally failed to achieve its objectives, and security forces should be given a free hand to resume their CASO operations and do whatever it takes to crush the Pak-sponsored terrorists who are wreaking havoc with lives of peace-loving people in J&K.

Moreover, this turn of events calls into question CM Mehbooba Mufti’s judgement & her ability to deal with a troubled state like J&K – she has neither succeeded in deradicalizing Kashmiri youth, or inspired confidence in security forces that civil administration is working in tandem with them. Combined with Shujaat Bhukhari’s murder despite security protection, it shows that law & order has completely collapsed in J&K and it is a fit candidate for President’s rule.

Shujaat Bukhari was a correspondent for the national daily The Hindu for several years, before he started his own paper Rising Kashmir. Bukhari made no bones about his views, and his selective support for Freedom of Expression can be gauged from his reaction to the 2015 Charlie Hebdo attack where 12 journalists working for the satirical French magazine were gunned down by ISIS-jihadis in Paris-

In Dec 2016, author & activist Madhu Kishwar had tweeted that Bukhari was being funded by Indian Govt. and agencies, yet his paper took a consistent anti-Bharat and pro-separatist line. She made this claim based on information received from journalist Tufail Ahmed and others. Bukhari did not respond to Madhu Kishwar’s tweets openly challenging him to clarify his position, but he filed a defamation case against her. As this article on the issue says – “Even a cursory reading of his paper shows that the reportage as well as editorials are heavily tilted in favour of pro-Pakistani groups and separatists, including the Burhan Wani type of self-proclaimed jihadis.”

So why was Shujaat Bukhari shot dead in cold-blood despite his pro-separatist views and his Hafiz-Saeed like aversion to even the slightest criticism of Islam? The answer is not difficult for those who understand how the Islamist mind works.

But rather than face up to the stark fact that Kashmir today is a cesspool of Islamic radicalization, our secular-liberal elites continue barking up the wrong tree. In a co-ordinated move, many of them launched a fierce attack on thinkers & journalists Madhu Kishwar, Anand Ranganathan & Aditya Raj Kaul, who have had intellectual disagreements with Bukhari over Islamism and terrorism, as being responsible for his murder!

Real terrorists kill #ShujaatBukhari but liberals haven't spared a minute and than condemning their "misguided youth" are pinning the blame on @madhukishwar @ARanganathan72 @AdityaRajKaul ..imagine the pits of their bigotry. pic.twitter.com/lTx1GyFfu4

Paid trolls like Anand Ranganathan, who have Zero journalistic experience, have no business sitting on a high horse, pinning agendas on journalists & editors who do actual fucking reporting. And face bullets. https://t.co/rCU1kyEl9l

Apparently, @ARanganathan72 mentioned this tweet of #ShujaatBukhari in some event today, and now liberals are abusing him for stating a fact coz he should have somehow known that terrorists were about to kill him same day 🤷‍♀️ pic.twitter.com/2vBkXzrsNC

Yes, our Lutyens’ intellectuals are holding those who disagreed with Bukhari’s quasi-Islamist stand as responsible for his murder – not the jihadis who actually murdered Bukhari. THAT, ladies and gentlemen, is how you deflect blame & do propaganda.

But the real lesson from Bukhari’s senseless killing is to acknowledge that the real problem in Kashmir today is that of Islamic radicalization, fully aided and abetted by Pakistan.