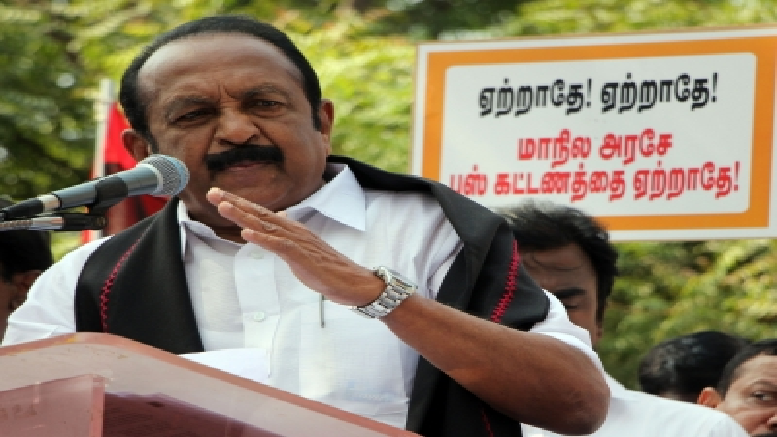 Protests surrounding the “The Family Man 2” continued in Tamil Nadu with MDMK leader and Member of Parliament, Vaiko demanding Amazon Prime to stop screening of the web series, starring Manoj Bajpai, Priyamani and Samantha in the leading roles.

The MDMK leader said that several scenes in the series are portraying Tamils in poor light, and sought immediate ban on the series.

In the letter, the Tamil Nadu Minister Mano Thangaraj had said, “the series had depicted the Eelam Tamil’s in a highly objectionable manner and that if allowed to stream it would be prejudicial to the maintenance of harmony in the state”.

One of the most popular filmmakers of Tamil Nadu, Bharathi Raja in a tweet on Monday called upon the producers of the web series, ‘The Family Man 2’ to ban it.

He said, “the visuals in the show reveal that the series has been made by the people who don’t know the history of Tamil Eelam fighters. I condemn the show that insults the rebellion, which was filled with good intentions, valor as well as sacrifices.”

Bharathi Raja has also urged the Union Minister for Information and Broadcasting, Prakash Javedkar immediately stops the streaming of the show.

He had also warned Amazon that if they continue streaming the series, Tamilian’s across the world will be forced to stop supporting Amazon and stop other businesses and services that are associated with it.

Earlier Naam Tamil Katchi’s (NTK) leader and actor Seeman had issued a letter to Aparna Purohit, Head of India Originals, Amazon Prime Video to stop streaming the series. He said,” Stop Streaming the Family Man 2 web series which misrepresents the Tamizhs and the valourous Eelam Liberation struggle of Tamizhs”. He also said that if the web series continues to stream, then Tamil people would be forced to boycott Amazon and its products globally.

With Amazon Prime Video’s continuing to stream the web series, protests are bound to increase in the state and it is to be seen as to how other mainstream political parties will act in the matter.