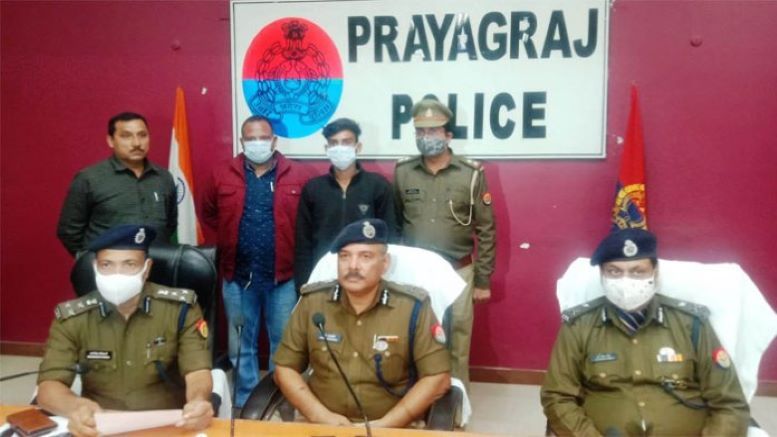 The Wire journalist Prashant Kanojia was caught spreading fake news about the Prayagraj murders where four members of a family belonging to the Pasi community were murdered. On November 27 he claimed that the four were killed by members of the general category Thakur community.

“Prayagraj Police, however, arrested one Pawan Kumar Saroj in the case, who is also a Dalit. The deceased has been identified as 17-year-old Shweta (changed name), 45-year-old Meenu, 50-year-old Phoolchand, and 10-year-old Shiv. However, the police later clarified that the girl was born in 1996 and hence she was not a minor. Subsequently, the POCSO sections were removed”, reported OpIndia.

In a tweet, Kanojia shared an image showing the dead bodies of four members of a family and said, “Four people of Pasi (Dalit) community murdered in Uttar Pradesh. The killers are Kanha Thakur and Ashok Thakur. Kanha was roaming freely in Prayagraj even after being restrained from entering the city (tadipaar). The family of the victim has been trying to get the case registered against the accused since 2018. As the accused is Thakur, the Police has become a mute spectator”.

The Prayagraj police in its press release stated that the incident occurred on November 25 in Mohanganj village. The police are said to have gone through the victim’s WhatsApp chats during the course of their investigation. They learned that one Pawan Kumar Saroj was in a one-sided love with the victim and had been stalking her for several days.

Since the girl didn’t pay attention to him and refused to reciprocate his feelings, he is said to have attacked her and her family members. The police arrested Pawan and recovered a bloodstained shirt from his possession. Pawan has been booked under Sections 147, 148, 149, 302, and 376 D of the Indian Penal Code, Sections 3 and 4 of the POCSO Act, and section 3(2) of the SC/ST Act.

“A 23-year-old man Pawan Saroj has been arrested in the case of the murder of four people in Phaphamua village. He belongs to the same caste as the victim. He followed the girl for many days, but the girl did not agree to his advances. Based on the last conversation they had and circumstantial evidence, Pawan has been arrested. He is not cooperating in the investigation. However, it is clear that he had murdered the four people with the help of the other accused. He has told some names but keeps changing them. We are further investigating the case to find the other accused”, Prayagraj ADG Prem Prakash said in a video message.

There is also evidence of the victim being raped as per the information provided by the police. Further investigation would be based on the call records and DNA evidence. A compensation of 16.5 lakhs rupees and protection for the rest of the family has been assured by the administration.

“As the family of the deceased filed complaint against the Thakurs, they were detained and questioned. However, during further investigation, the Police found Pawan’s involvement in the murder”, OpIndia quoted the police as saying.