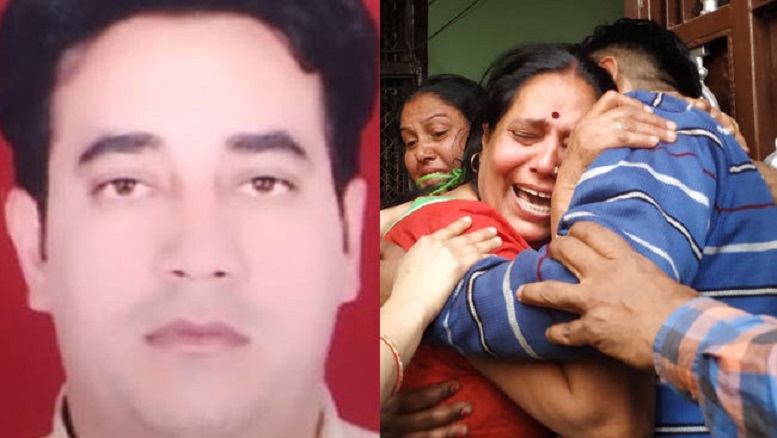 A police complaint has been filed with the Delhi Police as well as the Maharashtra Police against the Wall Street Journal (WSJ) for “defaming a particular religion and spreading communal tension by misreporting on the Delhi riots and the killing of IB staffer Ankit Sharma”.

The complaint was filed over a news item published in the WSJ on February 26 which reported that Sharma’s killers shouted ‘Jai Shri Ram’, quoting the IB staffer’s brother Ankur Sharma, who, however, denied making such a statement to the American media outlet.

The WSJ report said: “Mr Sharma was returning home when a group of rioters started throwing stones and charged into the street near where his house is located, his brother said.”

Quoting IB staffer’s brother, the report then said: “They came armed with stones, rods, knives and even swords; they shouted ‘Jai Shri Ram’…”

As per Prasar Bharati, Ankur Sharma told them that he “never gave such a statement to the Wall Street Journal”.

The IB employee’s body was recovered from a canal in Chand Bagh area in North-East Delhi, the epicentre of the riot. The autopsy reported that he was stabbed multiple times.

(This article was published in darpanmagazine.com on February 28, 2020 and has been reproduced here with minor edits.)

The police complaint has been filed by activist group Legal Rights Observatory (LRO). A TFIPost article provides more relevant context on how anti-Hindu bias of mainstream Western media has come to the fore in their coverage of the Islamist triggered Delhi riots –

“Not just the Wall Street Journal, even the usual suspects like the New York Times and the Guardian looked to cash in on the Delhi riots by their blatantly biased reporting. The Guardian did a venomous, almost celebratory report titled, ‘Anti-Muslim violence in Delhi serves Modi well‘ which said, “The riots have been driven by a ruling party intent on painting its largely peaceful opponents as seditious sectarians” and went on to claim that “In news reports it is always “violent members of one religious community” attacking violent members of another.”

A New York Times (NYT) story (read ‘pulp fiction’) about the Delhi riots is particularly unsettling. NYT has gone a step further in the attribution of an anti-Muslim template to the riots. Taking a cue from the Indian mainstream media outlets, the NYT goes on to pin the entire blame on BJP leader, Kapil Mishra.

Referring to him as “a local politician with India’s leading Hindu nationalist party“. Alluding to his “Upper Caste Hindu” identity, NYT projects him as a turncoat from India’s most “progressive political organisations”- the Aam Aadmi Party (AAP). It is not a matter of great surprise that the NYT doesn’t refer to how a Corporator from the same “progressive” political organisation faces allegations of being involved in the murder of an Intelligence Bureau (IB) staffer.”