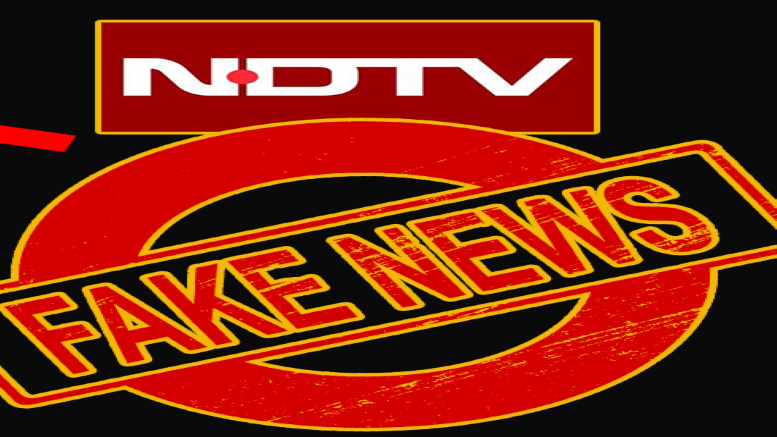 The Press Information Bureau (PIB) on Friday slammed the NDTV news channel for erroneous and malafide news reporting regarding procurement of rice and demanded it retract the news whose sole purpose seemed to be that of spreading misinformation. In a letter to NDTV’s Editorial Director and President Sonia Singh, Alpana Pant Sharma, Additional Director General of the PIB said, “In a shocking display of poor journalism and sheer disregard of actual facts, Ravish Kumar of NDTV has resorted to incorrectly portraying paddy procurement by the government.”

She said that the news was totally misleading and creates an impression that the procurement in the current year is lower as compared to last year.

Sharma further said that during a sensitive time wherein some farmers are protesting at the borders of the national capital, Kumar has misrepresented important facts. “This not only misleads our nation’s farmers but also incites negative sentiments in society,” she said.

She further stated that the infographic mentioned in the news clipping from the twitter handle of Union Minister Piyush Goyal has been cropped, which leads to the impression that this was a malafide act.

The officer also said that the news report further confused paddy figures and rice figures, wherein both are different. Rice is procured from paddy, and therefore, the figures in lakh MT of rice will always be lower than paddy.

The officer strongly asked the channel to retract the erroneous news report, whose sole purpose seems to be that of spreading misinformation. “It is requested that the correct information may please be broadcasted prominently in your news bulletin so that viewers are given correct information,” Sharma added.

(The story has been published via a syndicated feed with modified headmine and minor edits to conform to HinduPost style-guide.)