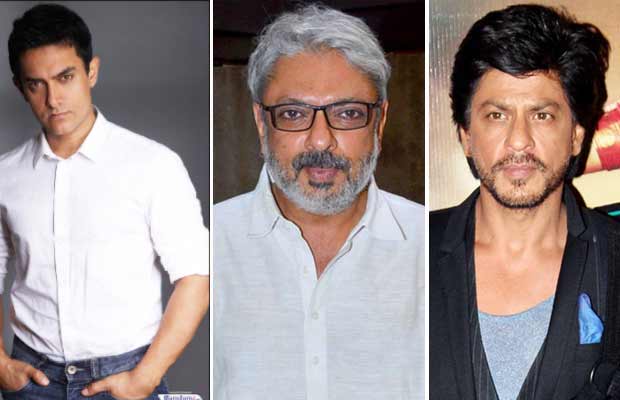 The appeasement of Muslims and growing intolerance towards Hindus in Bollywood is well known to many. From Taimur to Bajirao and Raees to Padmavati, the Bollywood community tries to justify all the attacks of Jihadists on Hindus. On the other hand it also doesn’t hesitate in ridiculing the Hindu community and its practices with films like PK and plays the victim card by raising its concern over growing intolerance in the country whenever someone speaks against these activities.

So recently, when Sanjay Leela Bhansali, who is one of the well-known directors of Bollywood, was attacked for allegedly distorting the history of Islamic attacks on Hindus in Bharat one more time, the Bollywood community came out pledging their full support to him along with the liberal Hindus and jihadists. So what really is the story of Padmavati? Why was Sanjay Leela Bhansali attacked unlike the previous films where he distorted history using the characters of Bajirao and Mastani? Let us have a detailed analysis over this issue.

Maharani Padmavati or Padmini, was the consort of Rawal Ratan Singh who was the 42nd ruler of Mewar. The praise of Padmini’s beauty spread across the nation during that time and hence it reached the ears of the Sultan Alauddin Khilji who is regarded as a sex maniac for his lust for both men and women.

One of the best examples of Khilji’s lust is his sexual relationship with his General Malik Kafur. Kafur was originally a Hindu warrior who was arrested by Khilji’s army when they conquered the city of Khambat. When the arrested Kafur was taken to Khilji’s darbar at Delhi, he was struck so much by the effeminate beauty of Kafur that he castrated him, converted him to Islam and kept him as his sex slave by offering him the post of General in his army.

Khilji on hearing about Padmini’s beauty embarked on a trip to Mewar in order to have a glimpse of her. Padmini, knowing about the nature of the Sultan, at first refused to come in front of the Sultan but on the advice of her husband, Ratan Singh, she agreed to allow Khilji to have a glimpse of her through a mirror. Khilji after seeing her was struck by her beauty and waged a war on Mewar to make Padmini his own. The Rajputs of Mewar fought valiantly against Khilji’s army but were defeated as they were heavily outnumbered. Padmini, refusing to become a sex slave of Khilji, like many other women in his harem, jumped into the pyre and committed Jauhar in order to save her honour from Khilji’s lust.

Recently, Sanjay Leela Bhansali announced that he was going to make a film on Padmavati, where Deepika Padukone playing the role of Padmavati will be shown along with Ranveer Singh playing the role of Alauddin Khilji. This created huge outrage among the people of Rajasthan, who still celebrate Padmini’s brave act of committing Jauhar in order to save her honour, as they felt showing Rani Sa romancing Khilji in any way will be an act of maligning her honour. Despite such concerns, Bhansali went to Rajasthan and commenced the shooting of this film at Rajasthan. This created further outrage among the Rajputs who went to the shooting spot and slapped Bhansali for trying to malign a woman’s image by allegedly distorting history.

After this incident, the whole Bollywood industry started playing the victim card, claiming this incident as the rise of Hindu terrorism, a narrative that quickly garnered support from the communists and other anti-Hindu sections of the population. Some started claiming that films must be independent from such pressure, for it is a field of art which can be used to portray problems currently existing in the society, and distorting history in the films is not a big deal for it’s ‘only a film’.

The one question from Hindus like me to these people is, why were they silent over the ban on the release of  “Sambhaji 1689” which shows the torture experienced by the son of Chhatrapati Shivaji Mahraj, Sambhaji Raje on his imprisonment by Aurangzeb. That film unlike Padmavati presents accurate historical facts where it shows the pressure applied by Aurangzeb on Sambhaji and his companion Kavi Kalash, who was also captured, to convert to Islam.

On their refusal, Aurangzeb ordered for their execution by torture. This included plucking their tongues and eyes, peeling their flesh etc. Finally, the brave ambassadors of Dharma were killed by the tearing of their body using Wagh Nakh (tiger’s claw). Certain accounts also state that their remains were fed to dogs while others say that their bodies were cut into many small pieces and thrown into a river.

If the Bollywood gang didn’t protest the ban on this movie as their muslim friends say it is a distortion of their version of history (Mughal records don’t speak about the torture which Sambhaji had to go through, but they simply say he was beheaded for not accepting the supremacy of Mughals), then why are they exhibiting double standards in supporting Bhansali’s version of Padmavati? Are they trying to indirectly state that secularism for them means denying those rights to Hindus which are granted to others?

Hindus, unlike monotheists, are peaceful and tolerant towards others despite suffering from gory persecution at the hands of monotheists in the past. Considering the exodus and riots which Hindus have suffered from, making them migrate from their homelands, why doesn’t Bollywood portray the plight of Hindus in Muslim-majority areas like Kashmir, Kairana, Dhulagarh, Malda etc.?

There was also a section of people which claimed that Jauhar must not be celebrated for it was the pressure of a patriarchal society which made those women jump into fire, instead of living out their life. So do these people mean to say that repeated rape of a woman is a simple act which can be easily endured, and committing suicide instead of facing such a living hell is an act of patriarchy? Was this the thought which was instrumental in the juvenile accused of the Nirbhaya case being granted a sewing machine as well as some thousands of rupees, for him to rebuild his life? If yes, they why do these liberals make such a huge outcry and state that women are not safe in Bharat? If no, then what makes them say such contradicting statements? Is it their blind hate for Hindus and their traditions, for Hindus are the last of the surviving pagans who resist the beliefs of monotheists?

It is high time that Hindus start identifying such backstabbers in their society and boycott such films which not only mock Hindu traditions, but also dishonour a woman’s memory by humanizing the barbarian who was responsible for her act of Jauhar.