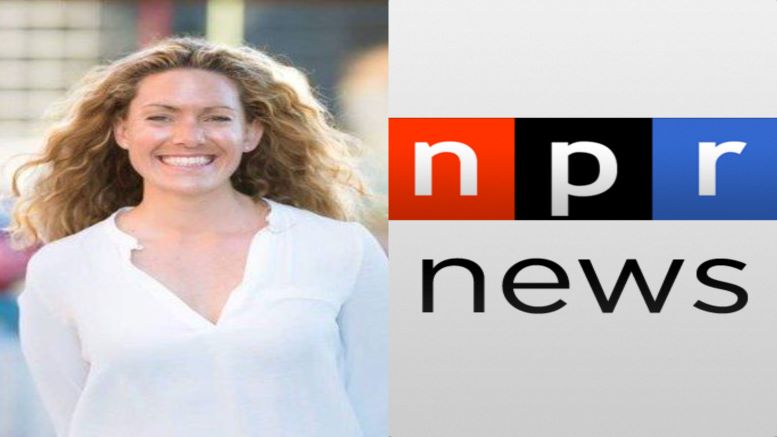 In a display of racism and bigotry, NPR (National Public Radio) journalist Lauren Frayer put out a tweet maligning Bharat and its people. She quoted a tweet on train burglaries, which have actually taken place in Los Angeles USA, saying “at first glance, I thought this was India”.

Frayer is NPR‘s Bharat correspondent who has been caught peddling lies earlier too. However, western media and its correspondent are often known to harbor such deep-seated hatred for Bharat, its culture, and people that reveals itself in the way they report news pertaining to Bharat.

As has been rightly pointed out, with such a racist attitude it is only to be expected that news pertaining to Bharat would be covered with jaundiced eyes and in a completely biased manner. This kind of bias certainly stems from the white supremacist attitude harbored by both the western media and its correspondents. That the Bharatiya government tolerates such blatant racism unlike neighboring China only emboldens them further.

Such hatred and bigotry from Frayer are hardly surprising in view of the fact that NPR has time and again displayed a similar bias against Bharat and Hindus. One of the producers (she has reportedly resigned) of NPR, who had coauthored several of its articles on Bharat, had wanted Bharatiyas to give up Hindu Dharma. She had even used the ‘piss drinking’ and ‘dung worshipping’ jibe for Hindus. Dehumanizing Hindus as ‘cow piss drinkers’ is a mindset that left-liberals share with jihadi suicide bombers like the Jaish-e-Mohammed terrorist responsible for the Pulwama attack.

Earlier, NPR had normalized genocidal Hinduphobia. Their bias is evident from the manner in which they cover stories pertaining to Hindus and Muslims. A quick search of the word “Hindu” shows that most of the stories consistently focus on “Hindu Nationalism” and essentially produce a broad-brush smear of Hindus as criminals, fundamentalists, and misogynists (or eccentrics at best).

The search result for the word “Muslim,” and the contrast with what we find for the word “Hindu” is quite compelling. Several stories here talk about Muslims being victimized by Hindus or others, or deal with Muslims as individuals, as human beings who are accomplished in their fields.

Western media has institutionalized anti-Bharat bias that is amply clear from their coverage of news pertaining to Bharat. After the repeal of Articles 370 and 35A ending the semi-autonomous status of the state of Jammu and Kashmir, articles by leading media outlets presented a one-sided, negative story and/or ignoring the complexity of the situation. Such accusations are nothing new. Hindus have regularly expressed concern about the way in which Hindu Dharma is presented in a stereotyped and often factually inaccurate manner in Western media.

As Shri Vamsi Juluri had aptly pointed out “There is personal bias and bigotry in the media professions against Hindus. And there is a systemic professional bias that can be seen in their depiction in media discourses as well”. It is this bias that gives rise to bigoted and biased anti-Bharat reporting by western media and journalists.