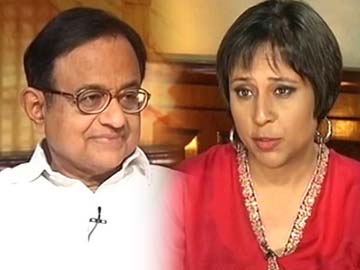 Recently NDTV interviewed an important leader of the Congress party, P Chidambaram.  It was conducted by Barkha Dutt, a very senior journalist at the channel.  Promotional clips were run throughout October 6 and the full interview was to be shown that evening.  At the last minute NDTV cancelled the interview.

Why was this done?  I would like to postulate three scenarios.

The first scenario is that it was done due to pressure from the present NDA government, led by the BJP, since what was disclosed by Chidambaram would embarrass the government at the political level.  The continuation of the government could be threatened or the prospects in the coming assembly elections would diminish.  So, effectively the government gagged the media.

The second scenario is that NDTV found the interview not to conform to the latest editorial standards. An important part of the standard says:

On matters of wild and unsubstantiated allegations, of which there is no shortage today in the country’s politics, we will not report them without the accuser offering proof that has been verified by us and found to be news-worthy.

In an article by Siddharth Varadarajan, to some questions that he had posed to the co-chairperson, Radhika Roy expanded on this policy, and said:

We do not believe that we are obliged to carry every shred of drivel that has now come to pass as public discourse.

The problem with this scenario is that the interviewer did not find Chidambaram not conforming to these parameters.  In fact, in an interview to The Indian Express, Chidambaram said:

The person who interviewed me (Barkha Dutt) sent me a message saying that despite her wish the interview had been scrapped.

Furthermore, since NDTV ran promotional clips throughout October 6, the realization of falling foul of the editorial policy seems to have occurred very late in the day.

Chidambaram, of course, disputes all this.  In The Indian Express interview, there is nothing that he had not said post the surgical strike.  And some of his party colleagues have said things even worse.  But it is possible that there is much more that he said in the cancelled NDTV interview than what is available to the people at large.

Chidambaram has asked NDTV to give him a copy of their interview so that he can put it on the internet.  However, unless someone within NDTV leaks it, it is unlikely that his wish will be fulfilled.

But, there is nothing that prevents Chidambaram, and people like Vardarajan, to record another interview, where what was said to NDTV becomes available to the people of Bharat.  Perhaps Dutt can help in this venture by resigning from NDTV, and re-conducting the interview herself.  If there is something that is an embarrassment to the Government, it would well serve both the political and ideological opponents of the BJP.  It would also serve the Dharmic objective of the support base of the present government which wants doing away with Machiavellian politics and conduct itself in the way of Chanakya.

However, as seems more likely to me personally, if NDTV has over-reached itself, and the interview is really not drivel, the re-interview will uphold the principles of journalistic professionalism.  This will be good for the society at large.

If the various players – Chidambaram, Vardararjan, Dutt – do not undertake this exercise, then many like me will conclude that the NDTV interview actually embarrassed Chidambaram himself, and also the ideological opponents of the BJP.  And all this about drivel, etc., was a part of a game, where one side pretends to hit, while the other pretends to get hit.  The point against this scenario is the Chidambaram interview in The Indian Express interview, particularly the part attributed to Dutt.  (Dutt has neither confirmed nor denied this part.)

Another point against this scenario is the article by Vardarajan, who is an active part of the group that is ideologically opposed to the government.  My opinion is that Chidambaram and NDTV thought that these opponents, knowing NDTV’s own political agenda, would pretend that nothing happened, and that the cancellation of the broadcast would go unnoticed.  Vardarajan’s article muddied the issue, and hence the interview to The Indian Express some two/three days after the article.  The interview has put NDTV further on the back-foot because Chidambaram has put the onus on NDTV to prove that what he said was drivel.

All this is Machiavellian, I will readily admit.  But, given the behavior of those who occupy the intellectual space in Bharat, I think this third scenario has to be considered seriously.  It will be disproved only by the re-interview of Chidambaram.

There are far too many games being played in the media, particularly in the English section.  This is not good for the society, since unnecessary tensions are created.  For that reason, too, the re-interview of Chidambaram is a must.

As mentioned in the second scenario, NDTV cancelled the interview because it was drivel and had wild and unsubstantiated allegations.  If true, then Barkha Dutt could be considered to be part of the scheme to try and put the views of Chidambaram past the review system of NDTV, hoping no one would notice.  The objective would be to give credibility to the drivel and the allegations.  The logical outcome of the NDTV decision should surely be that, at best, Dutt should have been politely asked to put in her papers.  It has not happened so far.