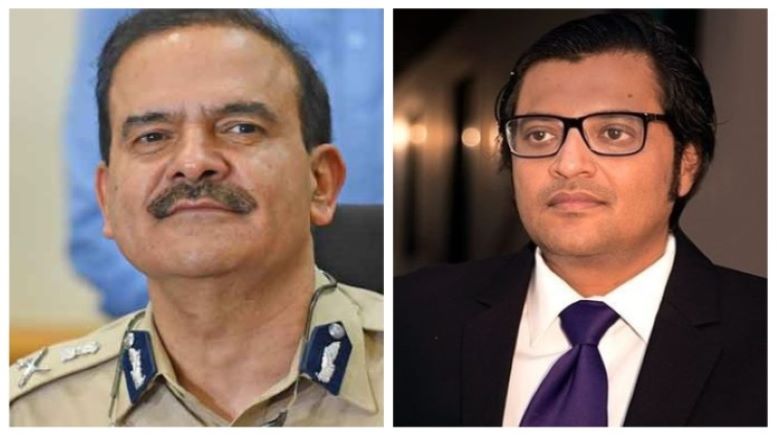 The Mumbai Police held a press conference yesterday in which it made the sensational claim of having busted a TRP (Television Rating Points) Scam where viewers were paid money to boost the channel’s TRP. The Mumbai Commissioner of Police (CP) named Republic TV and regional channels Fakt Marathi and Box Cinema. The entire episode has triggered a war of words between Republic TV and India Today with each claiming to have the upper hand.

However, in what could potentially further damage the already tarnished image of the Mumbai Police, the FIR (First Information Report) copy names India Today as against the CP’s claim of Republic being the accused. This not just makes the police force look bad but also makes them come across as sore losers aiming to seek vendetta on behalf of the Uddhav Thackeray led MVA (Maha Vikas Aghadi) government which is already at loggerheads with Republic Editor-in-Chief.

The Relationship Manager of HRGPL Vishal Bhandari who has been arrested by the Mumbai Police has allegedly said that panel homes have been offered money by the India Today group. He is supposed to have confessed to the BARC vigilance team to have accepted a bribe of Rs 5000 as commission from one Vinay on behalf of the India Today group which was distributing money to panel homes.

It has now been learned that BARC had levied a fine of rupees five lakhs on India Today for viewership malpractices.

The OpIndia report states that:

“The BARC Disciplinary Council had ruled that the statistical data provided by BARC Measurement Science Team showed an abnormal and inexplicable increase in viewership. Continuing in their order BDC said, “furthermore subscribers reply and/or representations do not provide satisfactorily explain the abnormal increase in the viewership”.

TRP manipulation is a serious offence because advertisement revenues are largely based on TRP figures. While it is hard to take sides, all the pieces of evidence and India Today’s sullied reputation along with the vendetta politics of the MVA government presents enough grounds to believe that there’s more to this than meets the eye.

In view of all the allegations and counter-allegations, the battle ahead is set to get murkier.