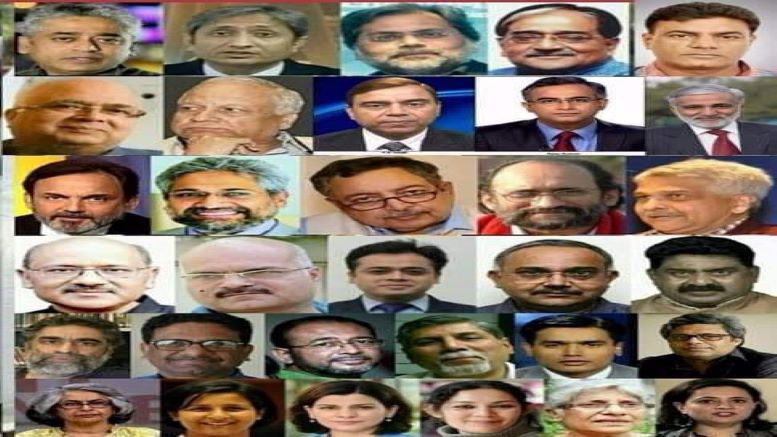 Lutyens’ media houses have asked the Ministry of Information and Broadcasting (MIB) to exempt news websites that are part of media companies from the three-tier regulatory framework that was announced as part of the new IT rules. Members of Digital News Publishers’ Association (DNPA) made the request during their meeting with I&B Minister Prakash Javdekar and ministry officials.

Senior executives of media houses including India Today Group, Dainik Bhaskar, NDTV, Hindustan Times, Indian Express, Times of India, Lokmat, Amar Ujala, Dainik Jagran, Eenadu, Malayala Manorama, and others attended the meeting. They contended that as they were already following norms of ethical coverage, set by the Press Council of India (PCI) and News Broadcasting Standards Authority (NBSA), they should be given exemption from the new rules.

Economic Times quotes one of the executives who were part of the meeting as saying, “The newsrooms are the same, and the editors approving the content for websites are also mindful of the norms newspapers and TV follow. We already have similar systems in place. So why put us through these regulations?” The DNPA said in its statement, “DNPA made suggestions that preserve freedom of the press and emphasised that all its members are bound by, and follow, regulations of PCI and/or NBSA.”

Guidelines for digital media and over-the-top (OTT) content were issued by the Ministry under the IT (Intermediary Guidelines and Digital Media Ethics Code) Rules 2021 on 25 February. As per the guidelines social media companies, OTT streaming platforms and digital news publishers will fall under the purview of a three-tier regulatory regime and government oversight.

As per a statement issued by the ministry digital news publishers would be required to furnish basic information, and the rules also intend to bring digital media news at par with traditional media. The ministry statement added “Further for publishing the digital versions, the publishers do follow the existing norms of the traditional platforms. They felt that they should be treated differently than those news publishers who are only on the digital platform.

Part III deals with the regulation of digital news media and OTT platforms, such as Netflix, Amazon Prime and Disney+Hotstar. Part III is administered by the Ministry of Information and Broadcasting.

Some of the rules notified by the government are listed below:

1) The rules call for a non-judicial adjudicatory process to resolve grievances regarding content published by Digital News Media and OTTs through an adjudicatory body known as oversight committee.

2) Rules are  applicable to all publishers of news and current affairs content, as long as they have a physical presence in Bharat or conduct the systematic business activity of making their content available in Bharat.

3) Foreign news media has also been brought under regulation.

4) Digital News Media and OTTs have to adhere to a Code of Ethics as laid down by the Appendix to the Rules.

5) Digital News Media has to comply with Norms of Journalistic Conduct of the Press Council of India and Programme Code, and ensure that content which is prohibited under any law is not published or transmitted.

6) OTTs are to compulsorily classify their content as ‘U’, ‘U/A 7+’, ‘U/A 13+’, ‘U/A 16+’ and ‘A’ in addition to ensuring that the content which is classified as U/A13+ or higher has access control measure and content classified as A (restricted to adults) has a reliable age verification mechanism for viewership of such content.

7) As per Rule 16, MIB has emergency powers to block the content and theSecretary may, if she/he is satisfied that it is necessary or expedient and justifiable issue directions for blocking of online content to persons, publishers or intermediary in control of hosting such information, without giving them an opportunity of hearing.

8) As per Rules 5 and 18 digital news media and OTT platforms are required to furnish details of their entity and their accounts on intermediaries to the MI&B.

While most of it is self-regulatory, Tier-III provides for the government appointed body to oversee digital media and OTT platforms. The apex court of the country has, however, said that these are only guidelines and there is no mechanism to control OTT content.

In view of the highly objectionable and Hindumisic content that is being passed off in the name of creativity and fake news being regularly peddled by digital media houses, this is probably just the first step. MIB probably needs to fine tune some to the rules and bring in a legislation to make this effective. However, as the saying goes something is better than nothing.

Whether they agree or not, digital media and OTT has gone for far too long without any control which is visible in the kind of content they regularly churn out.