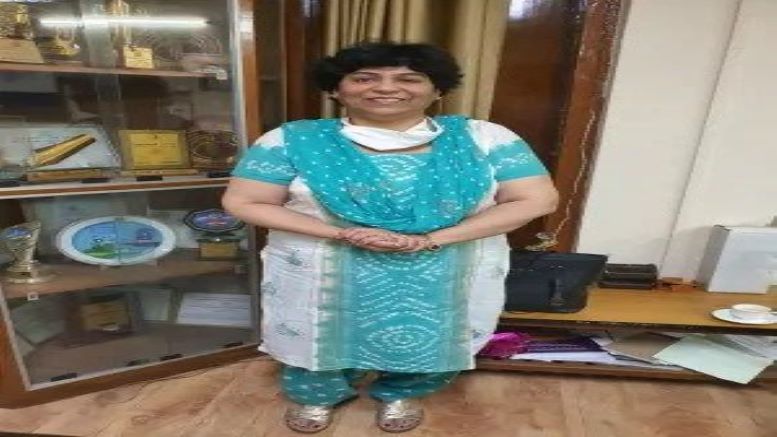 Reshma Khan is one of those rare moderate progressive Muslims who believes in banning the burqa and hijab and mainstreaming Muslims instead of playing the victim card as many of the apologetic Lutyens Cabal such as Rana Ayub, Saba Naqvi, and others often do.

She is the All India Radio (AIR) – Akashvani Programme Head who is both intelligent and fearless but at the same time rooted in values taught by her parents. Her aim is to climb up the success ladder while keeping her core values intact.

She comes from a family where women worked shoulder to shoulder with men and were allowed to step out of their houses along with their husbands. Reshma’s mother herself was an NCC (National Cadet Corps) cadet. Reshma, who has been in the field for more than three decades interviewing legends and famous personalities, has made her mark in the broadcasting field.

Her diction, punctuation, fluency of speech and language and control of voice pitches have earned her a distinct place in the field. During the course of her interviews, she has met people from different walks of life and following varied lifestyles. However, she hates the idea of women being clad in burqa and hijab even in the summer heat.

She said that if she gets a chance to be the PM even for a day then she would ban the burqa and hijab for Muslim women. She said that her experience in Sawai Madhopur seeing burqa draped women walk with their husbands in the scorching summer heat and their husbands proudly strutting about without any paraphernalia angered her.

Reshma was brought up in Ajmer and received her education in a convent school. Her home atmosphere was one of gender equality where males and females respected each other. Another issue that bothers Khan is that of the iron-grip Madrassas have over the education of Muslims.

Reshma in her interview with The Siasat Daily asks “why couldn’t Muslim brethren study the same way when all others – across castes and religion are educated and a step ahead. Why are they not coming out of the clutches of Madrassas”.

Khan while talking about her fearlessness and self-confidence points out how despite belonging to a Muslim family, her grandmother never practised purdah and even accompanied her grandfather to hunts. Even her mother was a horse-rider and an NCC cadet.

Khan has inherited her progressiveness from her forward-looking family where her aunts were also graduates and post-graduates that too about five to six decades back. Her family ensured she was given the best education and her father encouraged her to read newspapers, magazines and good books. She believes that it was this love and thirst for knowledge instilled by her parents that helped her make her presence felt in AIR.

According to Khan, she was able to be successful due to her passion and quick learning ability. This helped her to learn from DD anchors by observing their style and diction. Her husband, who is the Jhunjhunu District Collector, has been supportive and given all the co-operation she needs.

Further, Khan has said that she and her husband have ensured that both their daughters have been provided the same progressive environment she grew up in.

The views of Reshma Khan are a refreshing change from that peddled by the likes of Saba Naqvi, Rana Safvi, Owaisi, Rana Ayub who are fostering Muslim intransigence, victimhood and opposing every reform within Muslim society whether triple talaq or against Nikah halala, polygamy.

Yet, Lutyens media would always amplify the voice of Rana rather than the sensible and progressive Reshma. However, the Muslim community must look up to the likes of Reshma Khan and not those attempting to brainwash them if they intend to be assimilated into the mainstream.

Farukh Khan gives triple talaq to Hindu wife after 8 years of civil marriage – forced her to cook and eat meat on Hindu...