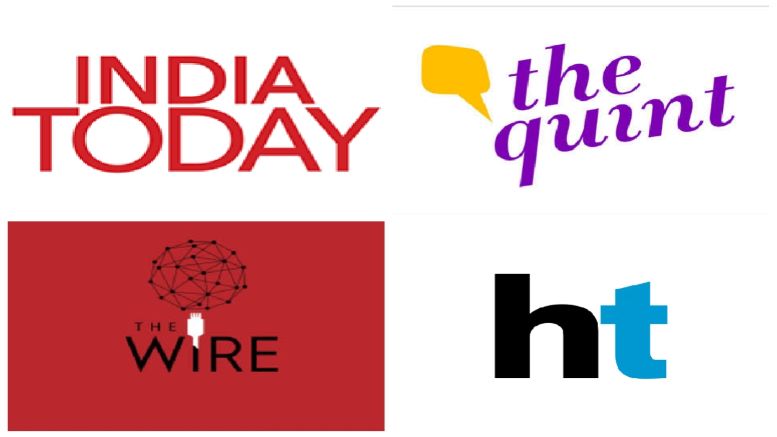 In the past few days, a deliberate attempt has been made by several media houses, journalists, Social Media (SM) activists, and others to give a caste spin to two different crimes. The intention seems to be to project these crimes as ‘upper-caste’ hatred for Dalits and somehow link them to Hindu Dharma. Fact-checking by alternative media outlets, however, suggests a quite different picture.

The first case is from Amroha, Uttar Pradesh where a Dalit boy was shot dead by some others. As always the likes of Karuna Nandy, Arfa Khanum Sherwani, Kashmir based journalist Fahad Shah and several others of their ilk re-tweeted the original tweet by a handle by the name of ‘The Dalit Voice’.

The tweet alleged that the boy was shot dead by upper caste men for ‘entering and praying in a temple’. The cabal began alleging that Scheduled Castes aka Dalits were being treated even worse than Blacks in America. The hashtag ‘Dalit lives matter’ also began to trend and soon enough mainstream media (MSM) picked up the story. MSM peddled the same ‘temple entry’ story without bothering to verify the facts from the police.

Amroha police in their reply to ‘The Dalit Voice’ clarified that though it is unfortunately true that the boy was murdered, there is no caste angle to it. They also stated that three accused have been arrested and further investigations were going on.

Vipin Tada, Superintendent of Police (SP), Amroha, made it clear in his statement that there was a monetary dispute between the two parties which led to the murder. As per the statement, the accused and victim were partners in running a mango farm and honey bee breeding. There was a dispute between the two over the sum of Rs 5000 which turned into a quarrel. The accused fled following the fight only to return and seek revenge by shooting down the boy.

The second case is from Barauli in Lucknow, UP where again the left-liberal narrative was that “Dalits were beaten, tonsured, and paraded with shoes around their necks for stealing a fan from the house of a Brahmin” on 4th June.

The story was run by controversial leftist website The Quint and diligently picked up by everyone belonging to the cabal from Prashant Bhushan to Kashmiri journalist Raqib Hameed Naik to Indian American Muslim Council. This report quoted ‘local police’ saying that among the three accused thieves, one belonged to an Other Backward Caste (OBC) community and the other two were Scheduled Caste.

According to The Quint, the video shared by Bhim Army Chief Chandra Shekhar Azad was a reminder of the ‘Una flogging’ case from 2016 which had become a cause celebre for left-liberals as it occurred in Gujarat, a ‘Hindutva’ state in their eyes. News18 Bangla also ran the same ‘casteist’ line story.

Like in the earlier case, this one too was given a casteist spin by the media and their SM foot soldiers. The clarification issued by the Lucknow police stated that this was a clear case of theft and there was no caste angle to it. As per the police, the villagers had caught the thieves red-handed with stolen goods and in a fit of anger had beaten and shaved their heads.

This is not the first time and neither will it be the last, unfortunately, that Bharatiya media, especially English-language media, has brought in the caste angle where there is none. Media is popular for giving caste spin to their reports in a bid to divide the Hindu society and foment caste hatred. Hindupost has reported how media often tries to present crime stories through the caste lens.

While the media hides behind the ‘press freedom’ mask to continue its hit jobs and attack and guilt-trip the Hindu society as a whole, the so-called saviors of Dalits go into hiding when it matters the most. Instead of raising their voices for Dalits at all times, our left-liberals are very selective and simply disappear when Dalits face persecution at the hands of Islamists like the recent Jaunpur case where a Dalit basti was burnt by a Muslim lob led by a Samajwadi Party leader.

It is clear that Dalits are just cannon fodder for media and political agendas. Most left-liberals and ‘progressives’ do not really care for social reform in Hindu society – they just want to widen the fault-lines between Hindus and prevent organic reform in order to serve their ulterior agenda, which is nakedly Hinduphobic & often hand in glove with overt #BreakingIndia forces.