Krishna and His Leela 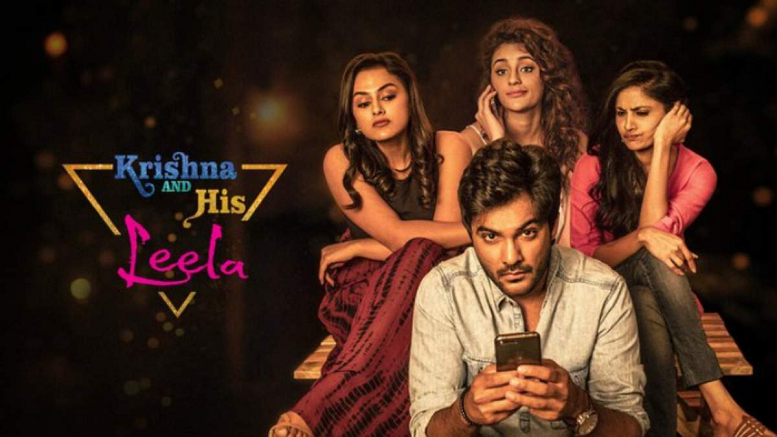 Sri Krishna being the dearest God to the Hindus known for his Bhagavad Gita and the Krishna mentioned in the movie was a playboy. On the other side, were those who said that the movie has nothing to do with the Bhagwan Sri Krishna but just a name used for the lead character in the movie.

There are as always two factions that give more weight to one side than the other when neither has seen it with an open mind, and the vote is split between the two, each supporting either side. The reason for different leanings are various and not under the scope of the current article.

The movie seems misplaced in the Bharatiya context and appears to be a badly incorporated Hollywood movie into Bharatiya cinema. The storyline, characters and their acts are fully western in nature.

One survey says that the national average of smokers and alcoholics has more than doubled in the last 2 decades(1), hence it is not a surprise that the heroine smokes, and the movie shows it casually (the question here is not the one of morality but the necessity of it. The negative impact is unquestionable(2), and more on women than in men is well researched(3)).

Krishna, after a break up with Satya starts liking Radha. Both Krishna and Radha are in love but Krishna still has the carnal attraction for Satya whom he had begged not to leave him. He vacillates between the two emotionally and cannot get himself out of the physical relationship that he had earlier with Satya nor is he able to tell Radha that his attraction for Satya is not over as he is now in a committed relationship with Radha, and even gets her pregnant.

Sensing something is still not okay with Krishna and Satya, Radha makes a jealous comment on Satya’s habit of smoking and that too as a passing comment and nothing serious, that’s about it. Krishna moves in with his sister in Bangalore when he starts working for an IT company after college.

There is a friend of his sister named Rukhsar (a different name for Rukmini, first of the ashtamahishis of Sri Krishna) sharing the accommodation. The first thing he notices when he enters his sister’s house is the exit of Rukhsar out of the bathroom hurriedly into an adjoining room, and he tells his sister he couldn’t be very happy with what he saw as she was anyway towel-clad. His sister rejoices the comment with an eye-roll.

The lead character Krishna stares constantly at the bodies of the three ladies: Satya, Radha & Rukhsar, by bending himself in different ways to get different views, voicing out his observations, time and again expressing his carnality throughout the movie. None of the women take offense at this.

The character names: Krishna, Satya, Radha & Rukhsar, are not a coincidence and definitely not a genuine mistake. It has all the potential to hurt Hindu religious sentiments. The character Satya is a “Bharatanatyam dancer and a smoker”! Why was it required? How does it add to the story? A clear intent in denigrating Bharatiya art forms that are held sacred.

Apart from his/her perverted notions, the movie writer doesn’t seem to have an iota of idea about the Raasa Leela of Sri Krishna and his relationship with Rukmini, Satyabhama & Radha.

Sri Krishna didn’t go and marry his 16,100 other “wives”, but was requested by them as they had been bound by a demon called Narakasura and Sri Krishna saved them by destroying the demon and releasing all the 16,100 women. These women when they went back to their parents/husband’s place, were not taken back as they had stayed at another man/ asura’s place overnight.

Not knowing what to do, they all decided among themselves to go to Sri Krishna and asked him to marry them and bless them with a dignified life lost due to the demon Narakasura. None of this is taken into consideration, as maligning Sri Krishna and the Hindu scriptures and its characters/ gods seems to be the sole intent.

The thing that clearly opens up the anti-Hindu sentiment is the background score. For every carnal move of the lead character Krishna, there is a carnatic classical song at the background. Specifically, at an instance when Krishna vacillates while still in relationship with Radha and goes behind the smoker Satya again, the infamous song by Ootukkaadu Venkata Kavi ‘Alaipayudhe Kanna…’ is used.

The irony is: the lyrics and raaga which flow with conviction filled bhakti to Bhagwan Sri Krishna being used during the immature-carnal-vacillating moment of the lead character Krishna. Even in the movie, the usage is incorrect. The original song is sung by the gopis for Sri Krishna and not the other way around, which exposes the shallow knowledge of the movie writer.

A sly and misleading portrayal in the movie is that the character is seen as analysing his moves towards the women, whether what he was doing was correct or not, every time he vacillates. None of his thinking reaches anywhere. He repeats his mistakes non-stop till the end of the movie where he eyes Rukhsar too, when he again asks himself if what he was doing is right. Then he goes to Rukhsar, who is facing the ocean at night wearing an open-back gown, looking at which Krishna is smitten, turns carnal and asks her out.

I say it is a ‘sly and misleading portrayal’ because the man is shown as thinking, to show that he is not an unthinking person and that his decisions were thought out; and hence the director wants us to believe that his moves were logical and not just an irrational normalization of whatever he does. But the reality is that the ‘hero’ does no more thinking than to ask himself if it is fine to do what he was doing, and the answer was always a ‘yes’.

In another example of messed-up behaviour, he calls the ones whom he “loved truly” as “good friends”, after they break up with him when he tells that he wants both of them and they learn of his cheating lifestyle! Satya invites him to her marriage and Radha calls him from some other country in which she is living – and now they are all friends! It is a known fact that once one has loved another truly, it is not possible to friend-zone, and least of all continue to have a healthy relationship and be in touch, inviting them for one’s own wedding – a clear farce!

Hollywood has made this a thing of today, friend-zoning your ex-crush, ex-girlfriend, ex-wife, which is hypocrisy at its best. Another insensible move is to “hug-it-out”. Hugs between boys and girls and IT folks are a common thing today, masqueraded in the name of friendship and good manners. The cheap thrills the hugger or the hugged gets out of it is not spelled out. A total base, western behaviour.

This is a full-fledged Hollywood movie in the name of Bharatiya cinema, portraying the cheap side of western customs which probably the native westerners themselves wouldn’t consider as good customs even in their context. We should take western technological advances, hard work and originality into our own lives and adapt them, instead of such questionable customs which are shown in the movie as a new normal for Bharatiyas.

The question here is not about Modernity versus Bharatiyata (because, Bharat has been ever open to newness and flexibility; her innumerable texts; handling different facets and newness themselves are a testimony, often contradicting between one another to a newbie) but Western versus Bharatiyata. Why choose one over the other?