Kangana Ranaut Reveals the True Colors of ‘Liberals of Bollywood’ 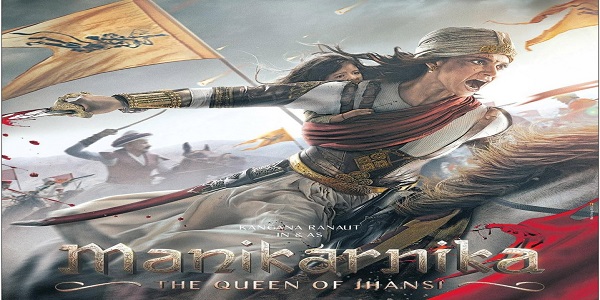 Kangana Ranaut is one such name in Bollywood who has created a very strong hold for herself through her talent and also her outspokenness towards ugly realities of the tinsel town. She has openly talked about nepotism prevailing in Bollywood, that too in the prime time chat show of one the biggest power brokers of Bollywood Karan Johar. Now she drops one more bomb revealing the hypocrisy of so-called liberals of Bollywood and their Hinduphobia.

In a recent interview with Isha’s Sadguru Jaggi Vasudev, she revealed that during the shooting of her upcoming movie ‘Manikarnika’ based on Rani Lakshmi Bai of Jhansi, her team wanted to show Rani Lakshmibai saving a lamb and not a calf.

Kangana Ranaut talks about illiberal liberals and how her team wanted Rani Lakshmibai to save a ‘sheep’ and not ‘cow’. It takes unbelievable courage to say this in Bollywood. 🙏 #BecauseLiberalsAreFanatics@ShefVaidya @Being_Humor @theskindoctor13 @KyaUkhaadLega @KanchanGupta pic.twitter.com/tT2CQ01ISe

So, this is the state of Bollywood – they are unwilling to even acknowledge that cow protection is an integral article of faith for Hindus across the ages. If they can distort a simple thing like Rani Laxmibai’s love for the cow in order to avoid looking ‘communal’, can we imagine the other perversions they are capable of?

Bollywood is known to mould history in their movies to show it from a liberal and secular point of view. Although Rani Lakshmibai was a cow lover, but then Bollywood can use its so-called ‘creative freedom’ to give a liberal hue to the heroic Queen.

Bollywood’s liberal hypocrisy is out in open wherein they show their Hinduphobia in well synchronized social media campaigns. With their movies, time and again, they mock Hindu Dharma and its icons.

Bollywood has been playing with history the way it likes. A great Hindu warrior like Baji Rao 1 was shown predominantly as a love-lorn, self-destructive lover in the movie Bajirao Mastani. Mughals have always been shown in grand and glorified way like in Jodha Akbar after air-brushing their genocidal military campaigns & rule.

Movies glorifying & humanising dreaded criminals like Dawood Ibrahim & Abdul Latif such as Raees, have now become the norm in Bollywood. But then, never before did someone from mainstream Bollywood speak up about this in public. Kangana calling a spade a spade shows her clarity of thoughts and courage to stand up against liberal hypocrisy of the tinsel town. She may not have many friends in Bollywood, but she surely makes news due to her boldness and stands apart in the herd of sheep.

Kangana Ranaut is truly a self-made star in Bollywood and not a product of nepotism. She had her struggles and had spoken in past about reality of casting couches. She is not elite and polished as per Bollywood norms, perhaps not fluent in spoken English which for some reason is considered a necessity for someone working in the ‘Hindi’ movie industry. So she has been subject to mockery and criticism for several reasons. But she has proved herself based on her talent of acting and learnt her lesson not to pay attention to such elitist trolls. She is the recipient of multiple national awards in acting and has done several women-centric movies that have done well in the box office.

Kangana talked about how liberals in reality differ from the literal meaning of the word ‘liberal’. In her own words, “these liberals will not take you in the group unless you hate the same people as they do.” She fearlessly points the fingers at the Bollywood liberals and liberals in general, that they do not really care about Bharat. For them their agenda should remain high. They can even lead to a ‘civil war’ to prove their point and verify their hatred towards those who don’t agree with their narrative.

Anyhow, it is least expected from Bollywood to take a strong stand on Hindu causes or for that sake a balanced view. Actresses like Priyanka Chopra do not really protest if a Bharatiya nationalist is shown as a terrorist in her show. She visited the Rohingya Muslim camps and preached about human rights, but never acknowledged how hundreds of Hindus in Myanmar had been murdered in cold blood by Rohingya terrorists, and how the Rohingyas constitute a security threat to Bharat. If a rape in the country suits their divisive and Hindu mocking narrative, Bollywood and liberals will come out with placard activism, but will never utter a word if it’s the other way round.

From mocking Hindu festivals & rituals to even Bharat’s army, we have seen it all from Bollywood.