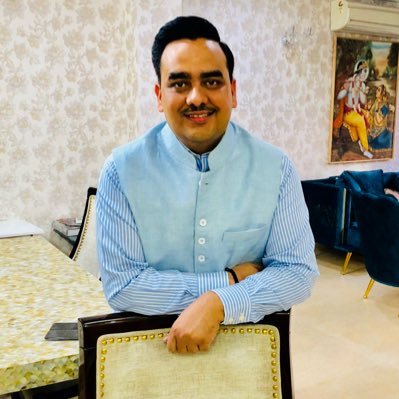 Journalist Upendra Rai, owner of ‘The Printlines Media Group’, has been arrested by CBI for fraud and corruption after raids on his office and residence. Zee Hindustan has reported that CBI has lodged an FIR against Rai for obtaining an Airport Entry Pass issued by Bureau of Civil Aviation Security (BCAS) through fraudulent means. This pass allows unrestricted entry to all airports in the country and was reportedly obtained by Rai after bribing certain bureaucrats in the Ministry of Civil Aviation and Home Ministry. 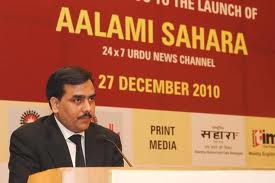 Apart from the Airport Entry Pass, news website PGurus has revealed that Rai was simultaneously holding a Press Information Bureau (PIB) Accreditation Card (No: 275 in Editor Category) which is meant only for persons who do the sole job of journalism and which allows access to North Block and South Block and other sensitive Government Offices. As Rai also holds the post of Director, Quality Control of a Chartered Flight firm ‘Air One’, it would mean that he made a fraudulent declaration to get hold of the PIB card as well which is reserved for journalists alone.

PGurus has also exposed the apparent relationship between Upendra Rai and controversial senior Congress leader P Chidambaram. In a series of articles, PGurus has shown how Rai has essentially acted as a benami petitioner & fixer to target ED (Enforcement Directorate) Investigating Officer Rajeshwar Singh who is probing the Aircel Maxis and other scams involving P Chidambaram & his son Karti. Rajeshwar Singh is also investigating the 2G and Sahara scam cases (Sahara group is also accused in the 2G scam).  In Nov last year, even the SC had to step in to restrain Central Government officials from taking any action against Singh based on anonymous complaints against him.

Back in 2011, Enforcement Directorate has asked the CBI to probe an incident wherein Upendra Rai, then working as Director (News) Sahara News Network, had approached officer Rajeshwar Singh, probing the 2G scam, with a bribe offer of Rs two crore. Rai was said to be working on behalf of controversial Corporate lobbyist Niira Radia. Rai had denied the allegations and claimed he met Rajeshwar Singh merely for “5 minutes” and acknowledged knowing Nira Radia on the “professional front”.

Rai’s name had also cropped up in one of the leaked Radia tapes wherein she was discussing corruption in the judiciary with Sunil Arora, former chairman of Air India and a serving bureaucrat. When Arora informs Radia that a Delhi High Court judge, Justice Vijender Jain, was paid off Rs 9 crore in a sealing case by a middleman, she said

(translation – “Isn’t it pathetic? (how judiciary can be fixed)…this Upendra Rai (a journalist) has a brother-in-law or cousin – Pradip Rai – he also does the same”

As per various sources – Pradeep Rai (same as Pradip Rai) was in Sahara Group along with Upendra, and is presently a senior Advocate practising in Supreme Court of India.

In this article, PGurus revealed the assets allegedly amassed by Upendra Rai –

Sahara group is very close to the Mulayam Yadav clan which runs Samajwadi Party, and it appears that Upendra Rai has exploited those political connections to the fullest.

Fixer journalist and ex Tehelka editor Upendra Rai has been arrested by CBI, he was a petitioner to remove ED director Rajeshwar Singh thru a PIL in supreme Court. this journalist drove in a Maybach lived in a 10 crore house and had Delhi gymkhana's membership worth 30 lakhs.

Upendra Rai is from my Panchayat Sherpur, he has a crore’s house in village, spend crores in functions, Shivpal yadav and many other ministers of then SP government used to come in his functions with helicopters. Now I know from where all the money come from.

The signs of the well-entrenched Lutyens’ ecosystem is showing signs of cracking – we, the people, have to ensure that the pressure is not released.