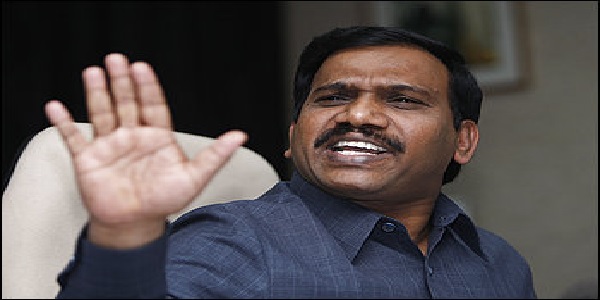 The reference to the following tweets of about two years ago, an article from Washington Post has been presented here:

.@washingtonpost one of the first to write about Radia tapes in 2010.Great to know @JacksonDiehl @KarenAttiah value journalistic ethics. pic.twitter.com/N2pf2zQJcR

It is another matter that Rupa Subramanya has joined the fan club of Barkha Dutt, and the latter has accepted the former as a fan. And Washington Post has appointed Dutt as an allegedly informed writer on issues relating to the current affairs of Bharat. Changing ideologies is not the prerogative of the politicians. However, when journalists and columnists do it, the harm to the society is greater.

But in recent days, Indian journalists have been accused of wrongdoing, including having inappropriate conversations with a corporate lobbyist and acting more like power brokers in recordings released as part of an investigation into an audacious multibillion swindle – considered the biggest scandal to hit the new India.

At the heart of the controversy is Andimuthu Raja, a little-known regional politician who became the powerful telecommunications minister in the world’s fastest growing mobile-phone market. During his first stint as minister, he was accused of selling lucrative mobile telephone licenses at dirt-cheap prices, costing the Indian treasury as much as $40 billion, according to a government investigative report released last week.

Raja quit last week, denying allegations that he had undersold mobile-phone licenses, an industry with half a billion mobile-phone subscribers in India and an engine of the country’s economic growth.

The incident was the latest in a string of corruption scandals to hit Prime Minister Manmohan Singh’s Congress Party. While allegations of widespread graft are nothing new in India, the accusations that seemed to cause the most surprise were the revelations that some of India’s most influential journalists were taped having chummy conversations with high-powered Indian lobbyist Nira Radia about Raja’s second appointment as minister. The journalists allegedly promised that they would offer opinions and advice for the government formation after the 2009 general elections.

Despite a high-level investigation into the allegations against Raja, he was reappointed to head the ministry. Business leaders who are alleged to have benefited from the low-priced licenses seemed to go out of their way to hire lobbyists to talk to well-known media personalities, among others, to ensure that Raja remained in the telecom ministry, said Manoj Mitta, a founding member of India’s Foundation for Media Professionals.

While the journalists never gave or received any bribes, the recorded conversations have raised questions about ethics in the Indian media and its coziness with corporate and political bigwigs, especially at a time of unprecedented economic growth.

The incident suggests India’s free press may not be free from pressure to act as a go-between for India’s government and corporate leaders.

“In India’s ultra-competitive journalism world, the lobbyists are gatekeepers to getting interviews with industrialists,” Mitta said. “The quid pro quo seems to be that the lobbyist will give access for interviews with the big industrialists to the journalist, who is then able to do them a good turn by conveying the lobbyist’s needs to ruling party leaders. In the process, it’s the journalists that are getting compromised and the Indian public that therefore suffers.“

Indian journalists also increasingly serve as advisers for companies and as brand strategists on five-star hotel advisory boards. They are often paid by think tanks and are alleged to be paid sometimes to write stories by interested parties, media experts say.

“The list is endless. It’s a life of world capital-hopping, freebies, networking and seminars and summits,” said Viranda Gopinath, a columnist who wrote in the New Delhi tabloid Mail Today, one of the few mainstream newspapers to carry a double-page spread about the media’s role in the mobile-phone controversy. “Let’s not hoodwink ourselves to believe that this morally pornographic journalism is objective, fair and exact. All of it stinks, in varying degrees of severity and phoniness.”

Both journalists have released statements saying that they did nothing more than participate in political chatter and did nothing wrong. The transcripts were published in two Indian newsmagazines: Open and Outlook.

Those who defend Dutt and Sanghvi argue that many journalists around the world say things to encourage people to open up about their views and elicit information, building their confidence, even if they don’t fulfill their promises.

Many of India’s newspapers and TV stations have kept away from the issue, saying the story had too many holes and was vague. Some critics have accused the mainstream media of a seemingly orchestrated blackout.

Filling the gap has been the social media, which is proving to be a popular and high-impact venue, even in a country with relatively low Internet usage. Facebook now has a group called “Barkhagate,” referring to Barkha Dutt’s alleged role.

Twitter has played an important role in launching what has become an international conversation on the issue, with the Indian diaspora weighing in.

“Struck by the bizarre irony of being accused of favouring a man i have never met (raja) and have always attacked in print and on TV. Gnite!,” read one of her tweets.

“Program after program has been scathingly critical and hardhitting on the Raja controversy. THAT is the barometer of ones independence,” read another Dutt tweet.

Several media experts say that the good news is that the incident will inspire some soul-searching about guidelines for acceptable behavior in the growing Indian media, whose stated goal is to be a pillar of truth in the country’s vibrant democracy.

This summer, a government probe showed that regional journalists working in India’s many midsize cities and smaller towns report stories for cash – often during elections – in a practice known as “paid news.”

“This malpractice has become widespread and now cuts across newspapers and television channels, small and large in different languages and located in different parts of the country,” read the 70-page report, titled “Paid News: How corruption in the Indian media undermines democracy.“

In the wake of the Raja allegations, the Foundation for Media Professionals will host a conference on journalists as power brokers this week, with the hope that something good can come out of the controversy, Mitta said.

“We are actually happy that these practices have come out in the open,” Mitta said. “It forces us to address the problem. We as journalists sit in judgment of others all the time. We should hold ourselves to a higher standard.“