Firstpost Journalist to be Prosecuted for Fabricating Murthal Gangrape Story 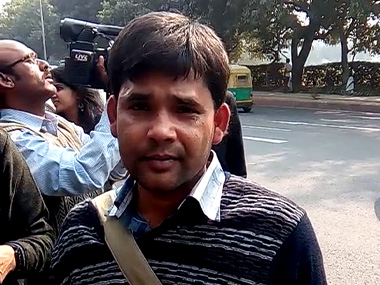 Tarique Anwar, a journalist working for the newsportal Firstpost.com, who filed a report on alleged cases of gangrape in Murthal, Haryana, during the Jat agitation earlier this year, had produced false and fabricated evidence of the alleged victim, amicus curiae Anupam Gupta submitted before the Punjab and Haryana High Court on Saturday on the basis of a report by a special investigation team (SIT).

“Anwar should be prosecuted for false evidence. He does not enjoy any impunity as a journalist,” amicus Gupta submitted.

Additional solicitor general Tushar Mehta told the court that the reporter, Tarique Anwar, had recorded his relative’s voice and presented it as the statement of the mother of one of the alleged rape survivors. Mehta said that Anwar deposed before a special judge in Sonepat and gave his statement under Section 164 of the CrPc. Another witness, one Surjeet Garg from Punjab, who had posted a letter on social media allegedly written by an Australian woman who was raped at Murthal, was also found to be false by investigators.

There were allegations of vehicles being stopped by protesters on NH1 at Murthal during the height of the Jat reservation agitation and several women forcibly taken to the fields by the highway and raped. This gang-rape allegation was widely splashed all over mainstream media, despite several ordinary citizens questioning the veracity of these claims back then itself.

Ironically, an earlier Firspost article by Shalini Singh had done a critical analysis over the gangrape allegations  –

“An article in The Tribune of 24 February 2016, alleged that women passengers on the national highway near Murthal, Sonepat, were stopped in the early hours of Monday, 22 February, dragged into the nearby fields and gang-raped, while further accusing the police of having advised them not to register any complaints.

The police report, a copy of which is available with Firstpost, gives a chronological sequence of the events as they occurred, in which no evidence is found of a single incident of rape and sexual assault of the nature described in the media. All three key sources in The Tribune story, while admitting that some journalists from Delhi had visited them and made enquiries, denied both the occurrence of any such incident, or having confirmed the occurrence of either sexual assault or gang-rape to the journalists. They have all expressed shock at the publishing of such a completely false report by the newspaper.”

The writer of the Tribune story was one Parveen Arora. So it appears that this journalist working with the Chandigarh based The Tribune started this false rumor, and it was later amplified by Firspost’s Tarique Anwar and others. Firspost is part of the Network 18 media conglomerate owned by Reliance Industries, which also runs CNN-IBN and CNBC-TV18.

This bring us to the question – is there any news organization that we can trust today? The answer is NO. Indian Express, Times of India, Hindustan Times, India Today, NDTV, The Hindu, Asian Age, DNA – you name the media house and there is concrete evidence of that media organization having faked, distorted or mis-reported news at some point of time or the other. This monthly series by OpIndia tracking media lies provides a good overview of the sad state of our media today. And of course, mediacrooks.com is the past master at unmasking media chicanery for many years now. The problem is especially acute in English language media.

Our media would do all of us a huge favor by just reporting the facts – the last thing citizens need is media distorting and mis-interpreting reality for us. This is what media should introspect seriously on, not lash out at concerned citizens on social media who spend hours analyzing media spin and uncovering the truth –

Spreading rumours on social media is wrong.
No, Murthal “gang rapes” and “beef” murders is different. Those rumours helped society.

What is causing this credbility crisis for journalism?

One common factor that influences all journalists active today is an ideological aversion to Hindu Dharma, Hindutva and RSS-affiliated organizations. The level of dislike may vary, but it exists far and wide in the journalistic community.

This means that coverage of any news related to Hindutva ends up being distorted more often than not. Converserly, the so-called secular forces (Congress, AAP, SP, TMC etc) end up getting more favorable coverage and a free pass when it comes to critical analysis of their misdeeds.

An objective reading of the various reports filed by Tarique Anwar for Firstpost reveal his blatant bias – from criticizing World Culture Festival for environmental pollution, glorifying Kanhaiya Kumar, defending the anti-national JNU protesters, to faking gangrape stories to defame the BJP Government in Haryana…the mindset driving his reporting is clear as day.

MSM is full of such shady characters, who are abusing the authority and trust that people have bestowed on media as one of the four pillars of democracy. The solution for each right thinking citizen – develop a critical mind, support new, alternative, truly independent media outlets, use social media judiciously by following trusted sources and spread the right perspective on issues.