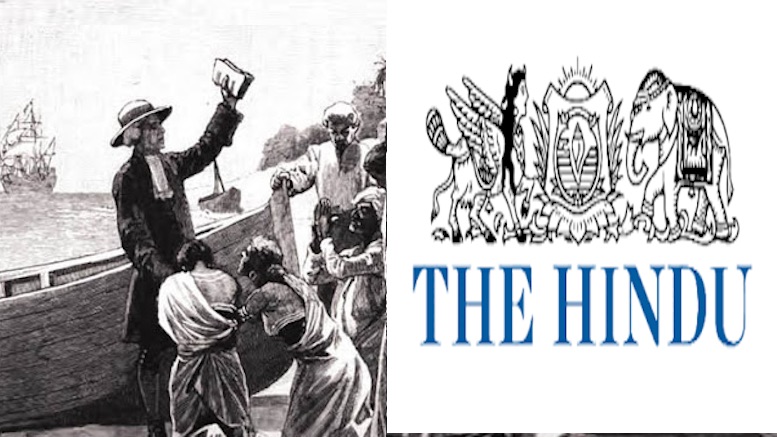 Sustained activism by groups like LRO (Legal Rights Observatory), VHP and Bajrang Dal has paid off in suspending the FCRA license of communal Christian organisations, indulging in surreptitious evangelism & conversion work under the guise of quack healing and/or social welfare.

A Times of India report mentions that foreign funding license has been suspended of 13 such NGOs and associations for violation of provisions of the Foreign Contributions Regulation Act, 2010 –

“The FCRA licences of the 13 NGOs, granted registration to receive foreign donations for “religious” purposes, were suspended and their bank accounts frozen after intelligence reports pointed to their activities in tribal areas of some states, particularly Jharkhand, aimed at conversion of the locals to Christianity.

Section 12(4) empowers FCRA authorities to suspend licence of an NGO/association that has indulged in activities aimed at conversion through inducement or force, either directly or indirectly, from one religious faith to another. Intelligence agencies are said to have pointed out the past record of these NGOs using foreign funds for religious conversion of tribals.

…MHA’s FCRA website, however, lists only six NGOs whose FCRA licences were suspended in February this year. …The 13 NGOs have been given six months to respond to the suspension notice and depending on their response, the FCRA licence will be cancelled or reinstated.”

Who are these Christian orgs?

But the Chennai-based newspaper knowns for its anti-Hindu and pro-Left stance fails to classify as ‘Christian’ two other organisations whose license was suspended – Rajnandgaon Leprosy Hospital and Clinics, and the Don Bosco Tribal Development Society. While the latter’s Christian affiliation is apparent by its name, even Rajnandgaon Leprosy Hospital receives all its FCRA funding from one organisation World Hope International – a self-professed ‘Christian relief and development organization.’

The openly evangelical Christian groups against whom action has been taken have been operating in Bharat for decades and receive funding from different parts of the Western world. The New Life Fellowship Association was established in Mumbai 1964 after arrival of missionaries from New Zealand. Evangelical Churches Association was founded in 1952 and is linked to a Welsh Presbyterian missionary, Watkin Roberts, who came to Manipur in 1910. Ecreosoculis North-Western Gossner Evangelical in Chotanagpur, Jharkhand is linked to the Gossner Lutheran mission from Germany established in 1845. Northern Evangelical Lutheran Church was established in 1987.

This is a welcome step by the central government, which has cancelled the FCRA registration of over 14,800 NGOs since coming to power in 2014 – although many of those were cancelled for procedural lapses like not filing returns on time. However, the question must be asked – why are evangelical Christian organisations being granted FCRA license in the first place? And are such piecemeal actions really going to stem the tide of foreign-funded conversion and Breaking India forces?

It must be noted that FCRA money pouring into Bharat for Christian conversions started around 1995 and really boomed after 2004, due to some seminal events –

Probably the most notable success of the Government has been the action against Compassion International, a major US-based evangelical Christian outfit ostensibly working for “child welfare”, which was put on prior permission list in March 2016, effectively freezing its donations to Indian NGOs. However, Compassion flouted the law and kept sending money as before to Indian entities. US Congressional hearings were held in support of Compassion and then US Secretary of State John Kerry put pressure on GOI. Finally, in March 2017 Compassion was forced to pack its bags and leave Bharat after 48 years of ‘service’.

Yet, despite the Modi government’s increased monitoring of FCRA orgs and compliance enforcement, and a foreign consultancy report claiming that FCRA funds had declined by 40% in the four year period to 2017-18, the funds inflow due to FCRA is not showing any sign of abating as per data gathered by reliable analysts – The data shows that even strict enforcement of FCRA is not enough to stem the influx of funds which are primarily aimed at changing the socio-religious character of our nation. Estimates show that less than 2% of total FCRA funding is actually routed to organizations working to preserve ancient Indic learning. The rest is all going to Christian missionaries or Breaking India organizations similar to Teesta Setalvad’s Sabrang Trust or Zakir Naik’s Islamic Research Foundation.

For the Hindu-hating left-liberals of India, the government’s action against the Christian evangelical organisations for FCRA violation is just another example which strengthens their “perception that it (FCRA) is used to target government critics and organisations that fall afoul of the RSS/BJP ideology.” See how protecting tribals and other indigenous faith practitioners from predatory proselytisation is demonised as ‘RSS/BJP ideology’. For liberals like The Hindu‘s Social Affairs Editor G. Sampath (who was recently caught peddling bizarre conspiracy theories around the Galwan clash), asking NGOs to follow the FCRA law is a way to keep ‘civil society on a tight leash.’ He advocates repealing the FCRA and creating an autonomous, self-regulatory agency to monitor NGOs instead. In other words, he wants a UPA-era like NAC (National Advisory Council) which will not be answerable to elected representatives and will be a body by, for and of BreakingIndia forces.

We are fighting a shape-shifting hydra-headed monster. An organisation which has its license cancelled can rise up under a new name and identity, or challenge the govt. decision in courts. The left-liberal influence on our judiciary is evident. Supreme Court had recently ruled that organisations which hold protests for ‘public causes’ by resorting to bandh, hartal etc. cannot be deprived of the ‘right’ of receiving foreign funding by being declared as organisations of a political nature. Today, most of the Christian proselytising organisations are working under cover of social justice, child rights, women empowerment, environmental protection or some such – it is anyone’s guess as to what courts will rule if Govt. acts against them and a legal case ensues.

The only solution is to completely repeal the FCRA and ban or severely restrict proselytisation of globally expansionist religions like Christianity and Islam – many countries like Russia, China etc have such restrictions in place.

It is time to revive the Hindu Charter demand:

Repeal FCRA Act completely and ban all foreign money inflow through FCRA, except for the funds from OCIs (Overseas Citizen of India) and end interference of foreign governments in our Judiciary, Law & Policy making.