The Fall & Fall of the Left-Leaning ‘Liberal’ 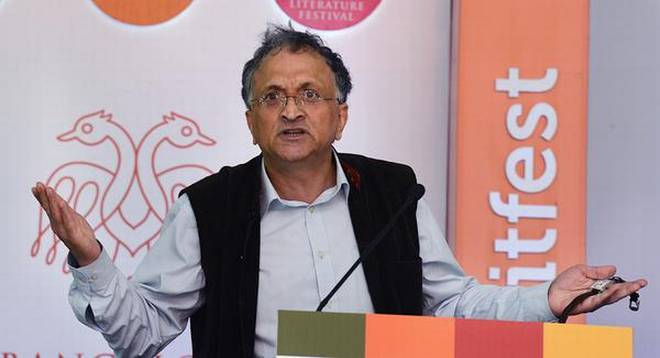 At the recently concluded Bangalore Lit Fest – they might as well call themselves Atrocity Literature Festival – ’stalwarts’ like Ramachandra Guha and Kanhaiya Kumar and ‘intellectuals’ like Sagarika Ghosh and Twinkle Khanna spoke on the perils of staying alive and healthy in ‘Modi’s India’.

The binary thought process of the Left was very evident with talk of ‘AAP & Cong trolls v/s right-wing trolls’, ‘Pakistan/ISIS flags v/s Karnataka flag’, ‘RSS-type nationalism v/s left-liberal patriotism’. The now departed Gauri Lankesh, whom one was expected to genuflect to before the start of every session, had in the past gone a step ahead and divided Hindu gods into “Brahmin Gods and Dalitbahujan gods”. In other words, as far as the Leftists are concerned, in order to make a correct diagnosis of an ailment it is important to dissect the patient into parts, no matter if the patient dies in the process.

The flag bearers of intelligence and wisdom in this country, namely the left, are like that wood cutter of yore who stood on the very branch he was cutting and kept sawing till it broke, taking down the wood cutter with it. After the initial bump on the head the said wood cutter went on to become the celebrated kavi Kalidasa. Unfortunately even after the massive bump in the form of 2014 Lok Sabha elections the Leftists have not learnt their lessons.

The problem is with the ideology of the left and the leftists who carry forward that ideology. The Left ideology gives importance only to the orderlies, janitors working in a hospital while sidelining the doctors, researchers, technicians working there. As far as the Left is concerned it is the nurse who works closely with the patient by administering medicine and care and therefore is the most important person in the hospital. The role of researchers in formulating the required medicine, the doctors who diagnose the disease and prescribe the right medicine and the required dosage are not taken into consideration at all.

Similarly in a country, they advocate an authoritarian state where an all-pervasive Government directs benefits and entitlements for farmers, laborers and poor migrants. Small and big business, the professional class, scientific innovators, religious thinkers and the rest are of no consequence at all. This model has repeatedly proven to be nothing but a race to the bottom, Venezuela being the most recent example.

Leftists like Sitaram Yechury, Ramachandra Guha who perpetuate this ideology are children of senior government officials who hitched onto the bandwagon of the Leftist ideology to get into clubs and gymkhanas which would otherwise not entertain such ‘woodcutters’ into their premises.

One could have been ‘tolerant’ of such losers if it were not a serious case of appropriation of the Left by American Orientalists like Sheldon Pollock. As Rajiv Malhotra points out in his book ‘The Battle for Sanskrit’ the very term ‘post-colonial’ in post-colonial studies implies that western colonialism was a problem of the past whereas sub-altern studies (which is nothing but an Indianized version of atrocity literature) is a study of the ingrained prejudices and injustices within Bharatiya Sanskriti.

As far as they are concerned, Sanskrit and Hindu Dharma are the prime cause for oppression and injustice against the poor. According to the subalternists the real natives of Bharat are the Dalits, women and Muslims who have been oppressed by Hindu Dharma. Thus their scholarly and political discourse is all about salvaging the authentic culture of the subalterns from the clutches of Sanskrit and Sanskrit speaking Brahmins.

Under the leadership of Italian-origin Sonia Gandhi, former Prime Minister Manhohan Singh was thus prompted to declare that Muslims had the first right on the natural resources of Bharat. Mahishasura Day is celebrated in college campuses, female journalists who categorize all Indian men as serial rapists or potential rapists are celebrated as progressive feminists.

Irrespective of whether the binary thinking wood cutter evolves in the next hundred years, Bharatiyas should realize that we only have to look at our Hindu scriptures for lessons on how to deal with this fast changing world. Dharma is context based; it is about taking the most appropriate action at a given time under certain circumstances. So if you truly want to be secular, remove the Chris-Islamic lens that has been shoved down our throats all these years through media, newspapers, cinema and lit fests, and put on the Dharmic lens. That is when the leftist woodcutter will evolve into the poet Kalidasa.