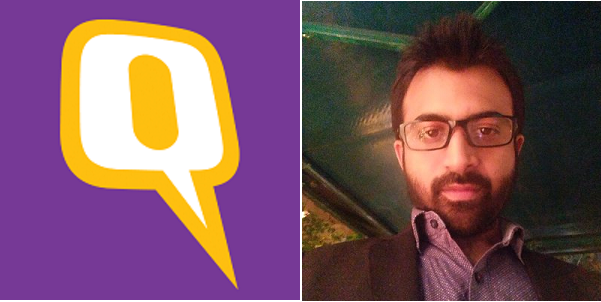 Supratik Chatterjee, a journalist who had previously wished death for PM Modi, is again in the news for all the wrong reasons – this time he has been accused of sexually harassing a woman.

The allegation was revealed on twitter by writer and editor @shreyilaanasuya, who shared a message from the woman who has accused Chatterjee of harassment during their first face-to-face meeting in which he ‘sucked on the woman’s fingers’ despite her saying no and expressing discomfort with such forced intimacy.

This latest allegation has come as part of India’s #MeToo movement which first came to light last October when US law student Raya Steier (earlier Raya Sarkar) published a list of over 70 Indian academics accused of sexual harassment / predatory behavior by many victims. That list had a disproportionate number of professors and academics from social science/liberal arts streams like political science, film making etc.

Last week, there was another round of startling revelations, triggered by outing of All India Bakchod linked comic Utsav Chakraborty as a serial pervert and harasser. It appears that all of the AIB founders ( Rohan Joshi, Tanmay Bhat, Gursimran Khamba and Ashish Shakya) and other senior comics like Kunal Kamra knew of Chakraborty’s shenanigans, yet none of them called him out.

Soon, the dam broke and many people came forward to share their stories of sexual harassment by people in entertainment, journalism & media industry.

Some of the other journalists to be named and shamed include –

This appears to be just the tip of the iceberg and a lot more dirt will likely emerge in coming days and weeks. The utter hypocrisy of the country’s liberal intelligentsia stands thoroughly exposed before the nation.

Apart from their intellectual hypocrisy towards the nation’s politics and policies, our self-appointed Constitutional guardians of public morality have also been exposed in the way they have let young women down by indulging in victim-blaming and/or continuing to stand by the sexual predators.