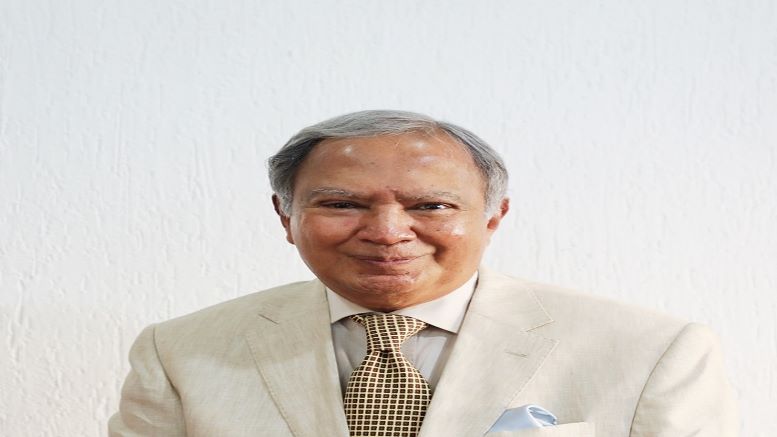 UPA-era diplomats of Bharat suffer from a healthy hatred for Bharat’s culture and by extension PM Modi because he doesn’t belong to the Lutyens circle. They often use every available opportunity to display their hatred towards Bharat. Former foreign secretary Krishnan Srinivasan who had earlier wanted Bharat to carry out ‘dailog’ with the Taliban has expressed his displeasure at the nation not being ‘penalized’ by America for ‘human rights violation’.

In his article in The Hindu, Srinivasan writes:

Recent Indian foreign policy has a chequered record, the vacillations over the Taliban resuming control in Afghanistan being one instance. But it cannot be denied that Prime Minister Narendra Modi has been remarkably successful in maintaining cordial Indian relations with Washington under United States President Joe Biden despite overt wooing of former President Donald Trump…

…The U.S. Commission on International Religious Freedom has for successive years recommended that India be listed as a ‘country of particular concern’ due to its treatment of Muslims and Christians, and India is ranked in the Open Doors World Watch List for ‘extreme’ Christian persecution below Syria, Iraq and Saudi Arabia. The U.S. government has ignored all these findings to the dismay of non-governmental organisations (NGOs) and activists due to Narendra Modi’s positioning India as an indispensable partner, and his government has no sympathy for NGOs, portraying their conclusions as biased and uninformed.

The contempt towards Bharat is apparent in the manner in which Srinivasan is quoting organizations that are heavily biased against the nation. Furthermore, most NGOs against whom the government has acted have been found flouting the law of the land. Yet, the ex-diplomat makes it appear as if the nation is spiraling towards anarchy. Srinivasan is not alone as most diplomats of the Congress era seem to harbor similar contempt.

In 2018, ex-diplomat KC Singh had called for US intervention in Bharat’s internal affairs. “He insinuated that the recent events of mob violence were ‘human rights lapse’ and the US should take an ‘interest’ in them. Singh’s disdain for India’s current political scenario is not new. Earlier he had advocated for persecution and even jail for media houses and social media handles that do not support the kind of political views he endorses”, OpIndia had reported.

Shivshankar Menon, who had served as the National Security Advisor (NSA) under the Manmohan Singh government and was one of Singh’s most trusted men, had written an article for a USA-based publication in which he was seen pushing for framing Bharat’s domestic policies in a manner that certain American politicians approved of.

Ambassador MK Bhadrakumar, a man who ironically spent his IFS career mainly in Pakistan, Afghanistan, and Iran desks in the Ministry of External Affairs, wrote an article immediately after the Uri attack titled ‘Pakistan will force India to the negotiating table’. He dismissed even the thought of any  ‘precipitate military moves’ and almost gleefully predicted Bharat being forced to resume talks with Pakistan, ‘preferably with American monitoring’. Ex-Foreign Secretary Nirupama Rao contemptuously shot down ‘loose talk’ of tinkering with IWT.

These are the nation’s internal enemies who are slowly but certainly losing their grip on the public discourse due to an informed & aware citizenry who are using the democratic space of social media to express incisive opinions and counter the fossilized, misinformed and devious propaganda of entrenched interests.