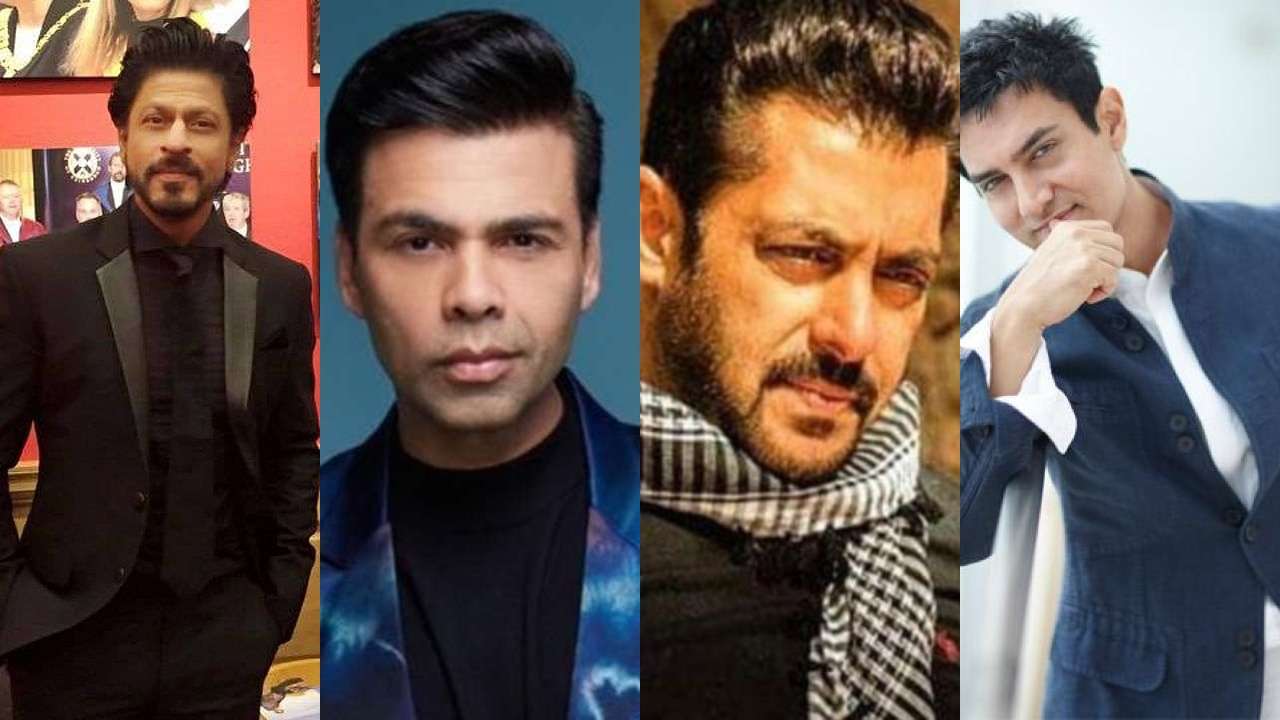 Bollywood is rattled. The wide-spread use of drugs & deep-rooted nepotism in the film industry became a national talking point after the suspicious death of actor Sushant Singh Rajput. Sushant’s girlfriend Rhea Chakraborty became a person of interest for investigators after Sushant’s family alleged foul play and accused Rhea and her family of siphoning off his funds. Rhea, her brother and a few others were also accused of procuring drugs for Sushant, and there were reports of the actor’s alienation from Bollywood on account of being sidelined by an influential lobby.

The death of Sushant’s former manager Disha Salian just days before his own death, inconsistencies in accounts of autopsies of their bodies, and the lethargic approach of Mumbai police in the case with speculation that they were covering up for some high-profile people, led to demands of a CBI probe which the Supreme Court agreed to. Investigations by CBI, ED and NCB are still ongoing.

A story worth covering, any news editor worth his salt would agree.

But nothing in Indian media is straightforward. Most national news channels & English-language print/digital outlets are firmly in the Congress-led pseudo-secular camp. This ‘durbari media’ (aka Lutyens media) consists of NDTV, India Today, Aaj Tak, CNN-News 18, ABP News, Indian Express, The Hindu, Hindustan Times, Times of India, DNA, Telegraph, Deccan Herald, Caravan, The Print, The Quint, The Wire, Scroll etc. This camp saw the Sushant story as an attack on ‘their side’ as Maharashtra is currently ruled by a NCP-Congress-Shiv Sena coalition, and Bollywood is an important ally in the fight against ‘fascist Hindus’ and ‘hyper-nationalists.’ They twisted the story into one of misogyny with Rhea Chakraborty as the victim!

Only one channel decided to pursue the story with full intensity – Arnab Goswami’s Republic TV. And two anchors of Times Now – Rahul Shivshankar and Navika Kumar – also lent their voice to citizens demanding a Bollywood clean-up. Was there some hyperbole and sensationalism in their coverage? Of course, but that is true of Indian media coverage of any issue – the Hathras case is a good example of the depths to which durbari media can stoop to force-fit a story as per their agenda.

Quite predictably, and in keeping with the mafiaesque nature that is one of the accusations against it, a powerful Bollywood cabal is now trying to legally throttle the voice of Republic TV, Times Now and 4 journalists who have been at the forefront of bringing Bollywood shenanigans to the people.

As per a Hindustan Times report –

The news channels are accused of using derogatory words such as “dirt”, “filth”, “scum”, “druggies” and expressions such as “all the perfumes of Arabia cannot take away the stench and the stink of this filth and scum of the underbelly of Bollywood”.

“Bollywood is unique and stands on a different footing from any other industry inasmuch as it is an industry that is dependent almost solely on goodwill, appreciation and acceptance of its audience. The livelihood of persons associated with Bollywood is being severely impacted by the smear campaign being run by the defendants.”

“This is in addition to the ongoing pandemic which has resulted in extreme revenues and work opportunity loss. The privacy of the members of Bollywood is being invaded, and their reputations are being irreparably damaged by painting the entire Bollywood as criminals, seeped in drug culture, and making being part of Bollywood as synonymous with criminal acts in the public imagination,” the plea read.

The plea also contains the usual self-important bit about Bollywood being a revenue earner for the government, providing employment and ‘international goodwill’ etc. The same trite arguments were rolled out by Rajya Sabha MP Jaya Bachchan when she lashed out at Bollywood insiders for revealing the dark side of the industry.

Interestingly, the plea has been filed in Delhi High Court, and not Mumbai where Bollywood and Republic TV are based. Is this the Bollywood’s cabal way of putting pressure on the central government or are they relying on Delhi High Court’s proclivity to entertain anti-Hindu and anti-Government petitions?

Remember, Republic TV and Arnab Goswami are already under assault from a vindictive Maharashtra govt. Congress minister Nitin Raut had filed an FIR against Arnab for hard-hitting questions directed at Sonia Gandhi over Palghar sadhus lynching; Mumbai police has been harassing the channel ever since and controversial Mumbai Police Commissioner IPS Parambir Singh (accused of inhuman torture of Sadhvi Pragya Thakur during Congress’ 2008 ‘saffron terror’ plot) has even made dubious accusations of TRP fraud against the channel.

Arnab and his wife were physically attacked by Youth Congress workers while returning home in their car, 2 journalists of the channel were illegally jailed for 4 days, and a durbari media journalist even slapped and assaulted Republic TV Consulting Editor Pradeep Bhandari.

These Bollywood heavyweights, most of whom have been praising Maharashtra CM Uddhav Thackeray and his son as part of a concerted PR campaign to cover-up the Maharashtra government’s shocking failure to combat Covid-19 pandemic, are claiming they are the target of a ‘smear campaign’. But are they really?

When Harshad Mehta’s mega-scams were exposed in the 90s and dubious stock trading practises questioned; when Satyam’s accounting scandal broke; when the Nira Radia tapes revealed the corrupt media-politician-corporate-lobbyist nexus operating in Delhi – should each of those industries or class of professionals been allowed to take refuge in the same argument that Bollywood is using today, to avoid scrutiny? Is this the freedom of expression and self-introspection that Bollywood page 3 intellectuals preach to everyone else?

Recently, Karan Johar had threatened legal action against media for ‘distasteful, distorted and false allegations’, claiming that no narcotics were consumed at a party held at his residence on 28 July 2019. We share the video of the said party with readers to draw their own conclusions –

For the record, this video has been forensically analysed and found to be authentic and undoctored.

Why Bollywood desperately needs a clean-up

The common man’s revulsion against a section of Bollywood is not sudden. Over the past few years, this ugly side of Bollywood has increasingly come to the fore, as advent of social media has allowed information exchange on a scale hitherto unimaginable.

The pro-Pakistan tilt of most leading figures of Bollywood has been known for some time now, but the recent revelations about the cozy links of Bollywood icons with dubious, ISI-linked Pakistani businessmen settled in UK and USA stunned the common man. People were already hurting from episodes like a much-adored star batting for entry to Pakistani cricketers in IPL just one year after the 26/11 terror attack, or seeing the most-lauded ‘thinking actor’ of his generation cozy up to the ruthless Islamist dictator of Turkey while bad-mouthing his own democratically elected government.

The stance of an influential Bollywood cabal on manufactured issues like ‘Rising Intolerance’ and ‘Award Wapsi’; their false narrative against a humanitarian law like CAA and fanning of flames, their apathy towards barbaric crimes against Hindus in Pakistan, Bangladesh and Bharat, their silence on lynching of 2 sadhus in Palghar (just 2 hours from Mumbai); the undeniable links of producers and stars with underworld criminals (a phenomenon at its peak during the 80s and 90s); the #MeToo and ‘casting couch’ revelations; the horrific personal history of physical abuse, crime and misogyny exhibited by ‘heart-throbs’ like Salman Khan; the objectification of women and normalisation of sexual harassment and stalking in films; and finally, Bollywood’s anti-Hindu slant and cringey stereotyping of communities, in particular the subtle demonisation of Brahmins-Thakurs-Baniyas (brilliantly captured by the must-follow twitter handle @GemsOfBollywood) – all of this has led to a build up of disgust in the ordinary Bharatiya against this dark side of Bollywood.

For that matter, Aamir Khan, Shahrukh Khan, Akshay Kumar, Farhan Akhtar, Anil Kapoor and many others haven’t even been named in the ongoing Republic and TimesNow coverage of the Sushant case and Bollywood’s drug problem. Are they are using the current issue as a smokescreen to get back at Arnab, Navika and Rahul S for covering their Pakistan links, exposing their ignorant and misguided anti-CAA position, and questioning the nepotism and ideological censorship which forces all new entrants in Bollywood to toe a subtle anti-Hindu line?

All professions do face criticism, as they should – media, lawyers, bureaucrats, politicians, activists. That is the sign of a healthy, open democracy. If anyone has endured a smear campaign in this country, it is PM Modi who has been demonised for close to two decades as a ‘mass murderer’, ‘Hitler’, ‘rakshas (demon)’ and what not – many in Bollywood hurled these same slurs at him and even today deride him as a ‘fascist’ without a shred of evidence. Should he approach the courts to throttle his critics?

Bollywood runs on the goodwill of Hindus of Bharat. They have managed to pull the wool over our eyes for long enough – denigrating our religion & culture and dancing with an enemy nation, while fattening their bank balances with our money. They must not be allowed to escape public scrutiny and accountability any longer.