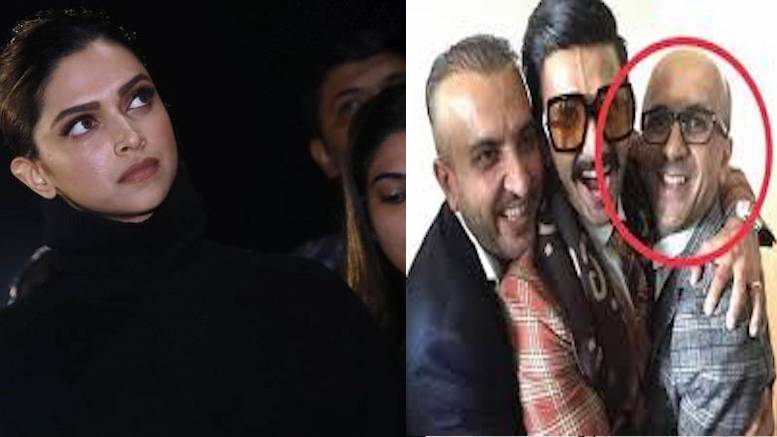 Deepika Padukone had made a visit to the JNU campus in New Delhi in January to express solidarity with protesting JNUSU student leaders. Those violent protests over a contrived fee hike issue had merged with the larger anti-CAA student protests held at left-liberal / anti-Hindu strongholds like Jamia Millia Islamia, AMU, Jadavpur, TISS to create a narrative about ‘student revolution’ against the ‘fascist’ Modi government.

At the time, the visit appeared to be a publicity stunt linked to the upcoming release of Padukone’s movie Chhapaak. The movie was based on the real-life story of an acid attack victim, so publicists were probably trying to position the actress as a real-life activist/rebel. It was later found that images of Deepika’s visit posted by media giant BBC were provided by the actress’ PR agency, Spice PR.

But this claim by ex-RAW officer NK Sood would mean that the strings were being pulled by other players too. Mr. Sood has been posting informative videos on his YouTube channel ‘ISRG – Indian Security Research Group’ on a vast array of subjects like intelligence, foreign affairs, geopolitics, domestic politics and Bollywood links with BreakingIndia forces. The channel has amassed 139K followers in just 7 months.

NK Sood had first spoken about Aneel Mussarat in a video posted in Jan this year, where he revealed the Pak-origin UK businessman’s close links with Pakistan PM Imran Khan, and his friendship with several Bollywood biggies. Mussarat is a key fundraiser for Khan’s PTI party and has been seen with Pakistani Army brass as well. He is involved in Muslim causes like Rohingya refugee relief work. Karan Johar hosted Mussarat’s daughter’s wedding reception in London in 2017 which was attended by many Bollywood celebs. But Anil Kapoor’s family seems to have especially strong relationship with the Mussarats who came down to Bharat for Sonam Kapoor’s wedding in 2018. Ranveer Singh, Deepika’s husband, was also seen hugging Mussarat during a cricket match at the 2019 ICC World Cup.

In recent months, many nationalist activists like NK Sood, @TheSkandar etc have tirelessly brought to light Bollywood links to Pakistani expatriates like Aneel Mussarat, Tony Ashai, Rehan Siddiqui who are nothing but fronts of the Pakistani-deep state. Many in Bollywood, wittingly or otherwise, have allowed themselves to become pawns in the Pakistani state’s anti-Bharat propaganda.

Whether Deepika’s visit was just a routine PR stunt that Bollywood is famous for, or whether it was a paid stunt by anti-Bharat forces can only be proven by a thorough investigation. But one thing is clear – the rot in Bollywood runs much deeper than anyone had imagined.