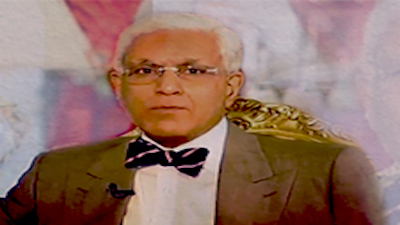 Senior TV journalist Karan Thapar has said that he travels to London at the end of every year because he wants to start the new year in a ‘civilized’ country. He made this remark at Delhi’s Taj Mahal Hotel on 25 July, during the launch of his latest book. Also in attendance at the event were Congress President Rahul Gandhi, former Vice President Hamid Ansari, former Prime Minister Dr. Manmohan Singh, Former Deputy Prime Minister L K Advani, Congress MP Shashi Tharoor, journalist Rajdeep Sardesai and others. 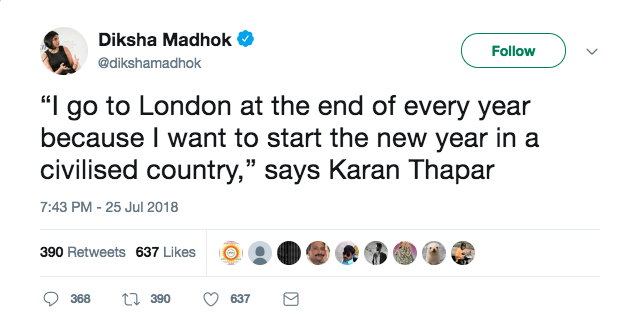 None of the attendees at the event questioned Karan Thapar on why he thought UK was civilized and Bharat was not. One can only surmise that either they agree with his sentiment, or they just weren’t bothered enough to openly confront & disturb the congenial environment which is the norm at such Lutyens’ soirees. 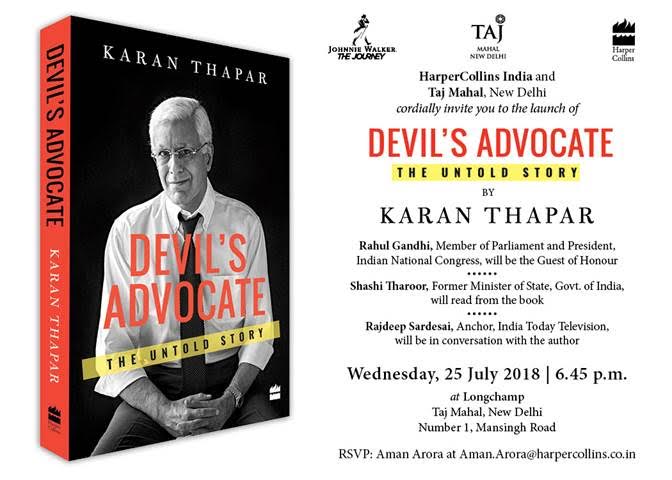 Mainstream media analysts and commentators will say that their colleague Thapar’s comment is linked to the ‘mob lynching epidemic’ which they claim has swept across Bharat since May 2014. Other apologists will say that it was a light-hearted comment and we should not read too much into it. But the truth is that Karan Thapar’s remark inadvertently offers a deep insight into the minds of our elites, of whom he is an especially erudite representative.

One of the underlying philosophies used to justify Western colonialism from the 15-20th centuries was the idea that Europe had a ‘civilizing mission’, a duty to bring Western civilization & religion to what they perceived as backward peoples. So all the genocide and loot associated with colonialism was justified as an unpleasant side-effect of the lofty goal of civilizing the ‘brown/black savages’. Poet  Rudyard Kipling expressed this sentiment best in his poem ‘The White Man’s Burden’. In North America, the White colonizers considered it their ‘manifest destiny’ to wipe out the native Americans and ‘civilize’ the continent.

After Bharat became independent in 1947, on the surface it appeared as if we had finally become a sovereign nation free to chart our own destiny. But the reality is that we continued to be governed by those who had thoroughly internalized the British notion of a ‘civilizing mission’ vis a vis us natives. These British loyalists or ‘brown sahibs’ held all the high positions in society at the time of Independence, especially in law & administration. And they had one weapon which made them virtually untouchable – mastery of the English language.

70 years after independence, knowledge of English is still considered synonymous with intellectual prowess. And in Bharat’s English-speaking circles, style wins over substance. If you can spout a few mediocre lines in Queen’s English using a clipped Oxford accent, you are taken far more seriously and face far less critical scrutiny than if you were to express yourself in what is patronisingly called ‘vernacular’ languages.

The self-doubt that the British so desperately wanted to plant in the minds of their colonial subjects has well and truly blossomed after Independence under the kakistocratic rule of this self-serving elite. After all, when the British said that their civilization and way of life was superior to ours, it was easier to reject this idea propounded by a brutal, external colonising power. But post independence, when our own elites started idolizing British culture & language, subtly hinting that the core of our own civilization was uncivilized, and relentlessly using state power & vague terms like ‘Idea of India’ and ‘Constitutional morality’ to isolate all dissenting voices, the blow has proved almost fatal.

Every societal flaw was magnified by the ‘brown sahibs’ and every strength minimized. However, this trajectory is not surprising given that the first Prime Minister we had after independence was a man who claimed to be the last Englishman to rule the country!

Lutyens’ elites like Karan Thapar are just carrying on the unfinished work of the colonial British. Thapar’s pedigree  is a good example of how this colonial mindset thrives across a mesh of well-connected families which still control public discourse at the highest level. Sophisticated name dropping is one of the currencies of this jet-setting class, and they just crave proximity to power. However, their love for all things English and Western is genuine, so it comes as no surprise that they consider the Western way of life as civilized.

For the first time, these elites are facing a challenge from an aspirational professional class which has realized that the problems facing Bharat – lack of public infrastructure, law & order issues, corruption etc – have nothing to do with any intrinsic flaw in our civilization, but are problems which all colonized countries have grappled with. And the way out is not to ape the West, but to learn from them and apply those lessons along with rejuvenating & taking pride in your own civilization.

But Lutyens’ still holds the aces in this intra-civilizational battle, and they are not going to give up control anytime soon.