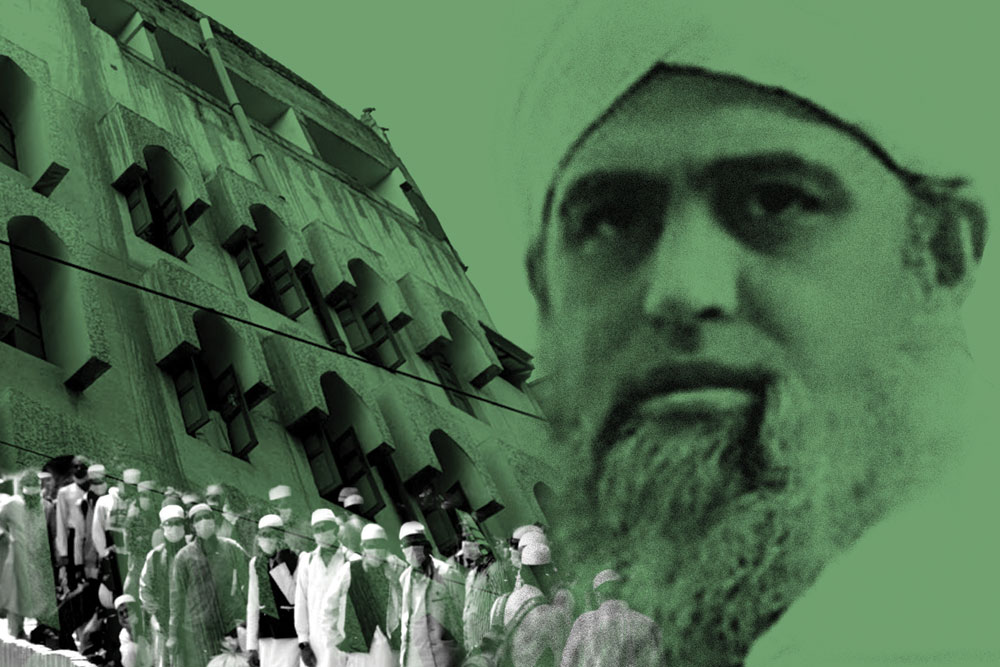 As the deadly Coronavirus is changing its tracks and tightening its grip over new regions, Islamists and propagandists of all hues too are changing their views on the virus and response to it. For several days, I chose to ignore Islamists and propagandists, believing that this is not the time to speak. Unfortunately, some of the media houses have taken it too far and accused Hindus of ‘vilifying Muslims’ – these media outlets have portrayed public anger against Islamists like those from Tablighi Jamaat as a hate campaign against all Muslims. Hence, there is a need to put things in perspective.

Just one month back, there were very few confirmed cases of coronavirus in Bharat, but the deadly virus had already wreaked havoc in China, Iran, Italy, etc. At that time, unlike Pakistan, the government of Bharat took a bold decision of bringing back all its citizens from countries that had emerged as hotspots of the virus. Many of the citizens who were brought back were Muslims, which included pilgrims from Iran, and others from Italy and China. Yet, some Muslims charged the government with not doing enough to bring back those stranded in other countries, and even filed petitions in court.

All Indians who were rescued by the Government from Corona hotspots were put in isolation to ensure that the virus did not spread to others. As time passed, cases of corona virus increased in Bharat. Instead of praising the government in its efforts to tackle the virus, certain Muslim intellectuals along with opposition leaders (non-Muslims included) accused the government of failing to arrest the spread of virus in the country.

In the time of pandemic, Narendra Modi has emerged as a trailblazer and proved through his actions that Bharat is blessed to have him leading from the front. Modi was the first to organize a SAARC meet on Corona crisis. He reached out to global super powers and urged them to come out with a unified response to defeat Coronavirus. He acted on time and declared lock down in the country. Immediately after the lockdown, the government took measures to address economic hardships. The government agencies and several NGOs working in tandem with authorities are distributing free food to the poor and needy.  World Health Organizaion and other countries are appreciating his efforts to tackle the pandemic.

To ensure that lockdown does not take a toll on the mental health of people, Prime Minister Modi asked people to burn Diyas (lamps) in their homes for nine minutes. The novel call to burn Diyas was received well in the country as people understood its significance. It was not a mere symbolic gesture but an act to ensure that we have a sense of unity and hope during home isolation. Many Islamists on social media made fun of Modi’s call and made comments such as these: World is tackling corona scientifically and Modi is tackling it with “Thali Bajao, Taali Bajao, and Aum batti Jalao”. The underlying theme of such messages is just one, and that is contempt for Hindus and Hindu Dharma. It is laughable as Islamists themselves are still refusing to close mosques and continue seeking immunity from the virus by offering namaz in mosques.

Let us leave the developments in Bharat for a while and see how Islamists across the world have responded to the virus so far.

When the world heard first time about the spread of coronavirus in China, Islamists across the world rejoiced. Social media threads in the Muslim world, especially Arab, called the virus “Allah’s will to punish the Chinese for their cruel treatment of Uighur Muslims”.  When the virus crossed China and reached Iran, the Arab world was even happier. Again, many Arabs claimed this was Allah’s wrath, this time over Iran’s heinous treatment of Sunni Muslims in Iraq, Yemen, and Syria. Iran on its part remained in denial for a long time as it felt that the virus was a conspiracy of USA.

Jordanian MP Muhammad Abdulhamid Qudah, who also teaches at the University of Amman, called the coronavirus a “soldier of Allah” sent to punish the West and ‘disobeying’ Muslims. Echoing Qudah, Tunisian cleric Bechir Ben Hassen, who lives in France, said that “Allah has many soldiers including viruses, angels, and plagues”. According to him, Allah had unleashed these viruses on public to ensure victory of Uighurs over Chinese authorities.

According to media reports, the Tablighi Jamaat Congregation held in Malaysia saw participation of over 12000 Muslims. The participants included over 1500 foreigners from different nations. There are also reports that say the event could have infected upto 40,000 people.

Here, I would like to draw attention of readers to the below verses:

There Are No Infectious Diseases

‘Ibn Mas’ud narrated: “The Messenger of Allah stood among us and said: ‘One thing does not infect another.’ So a Bedouin said: ‘O Messenger of Allah! If a camel gets mangy glands and we leave it at the resting place of camels, then all of the camels get mange?’ The Messenger of Allah said: ‘Who caused the first to get mange? There is no ‘Adwa nor safar. Allah created every soul, so he wrote its life, its provision, and its afflictions.'” (Jami` at-Tirmidhi 4:6:2143)

Fever Is Caused By The Heat Of Hell

Narrated Nazi’: Abdullah bin ‘Umar said, “The Prophet said, ‘Fever is from the heat of Hell, so put it out (cool it) with water.’ ” Nafi’ added: ‘Abdullah used to say, “O Allah! Relieve us from the punishment,” (when he suffered from fever). [Sahi Bukhari Volume 7, Book 71, Number 619]

Perhaps, it is such religious verses which made Muslims believe that the virus would not attack the faithful and would harm only Kafirs and ‘disobeying’ Muslims. Let us now leave the world happenings and shift our focus back to events in Bharat.

The Tablighi Jamaat organized a huge religious gathering on March 13-15 at Markaz, Nizamuddin (in the heart of Bharat’s national capital New Delhi). Hundreds of faithful had been flocking in & out, staying at the Markaz, in the weeks preceding this event, but the 3-day event saw the crowd swell to around 3400 and saw participation of hundreds of foreigners from Malaysia, Indonesia, Bangladesh, Kyrgyzstan, etc.

The Jamaat has been clearly responsible for the spike in the number of corona cases in Bharat. Many Sunni Muslim & left-liberal intellectuals are defending Jamaat stating that the event was organized before the nation-wide lockdown. This is a clear attempt to mislead, as the event was clearly in violation of a Delhi government directive issued on 13th March itself banning gatherings of over 200. To make matters worse, all foreign preachers attending the Jamaat event and dispersing to proselytise were in violation of tourist visa rules. Despite some of them coming from Covid-19 affected countries, they did not self-isolate as the Government had requested all international travellers to do by then.

After the event ended, thousands continued to camp in the premises; repeated warnings from the authorities to vacate the complex fell on deaf ears. Incredibly, a similar Tablighi Jamaat event held in Malaysia from 27 Feb – 1 March had already thrown up several Covid19 positive cases by 13th March; yet, the Jamaat leadership in Bharat decided to go ahead with their congregation.

Mischievous media houses like Time magazine have falsely accused Hindus of being Islamophobic and spreading ‘fake news’ related to Covid-19 with an aim to malign Muslims. The truth is that it is not Islamaphobic to criticize Jamaatis for breaking laws and for indulging in criminal acts in quarantine centres and hospitals. Roaming naked in hospital corridors, making obscene gestures towards female nurses, spitting at doctors and medical staff, pelting stones at police, and defying lockdown to offer Namaz in mosques are not innocent acts by any stretch of imagination.

The heading ‘It Was Already Dangerous to Be a Muslim in India. Then Came the Corona Virus’ reveals bigotry of Time magazine. According to some media reports Delhi police is investigating a leaked audio clip of a speech purportedly given by Tablighi Jamaat chief Maulana Saad. In the audio, Maulana is heard asking followers to stay in mosques and flout government guidelines regarding coronavirus outbreak.

No Attempt to Witch Hunt

Tablighs are not victims of a witch hunt. The organization claims that it is apolitical and non-violent. However, such claims should not be taken on face-value as the missionary organization maintains secrecy about its activities. No sane mind would label Hindus after taking note of the response of Islamists in Bharat and abroad.