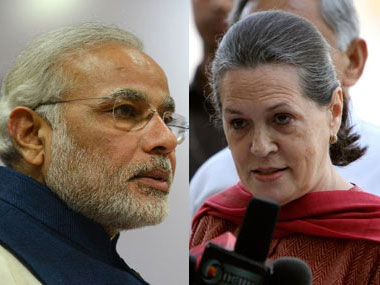 Congress Gujarat Chief Bharatsinh Solanki and his men manhandled a media crew after taking offense to a routine question asked regarding the Bofors scam, on which there was a recent disclosure.

In the video above, Solanki and his men are seen asking the TV crew to delete some footage, and then raise their voice and physically man-handle the cameraman, while the woman journalist demands that they keep their distance.

This is the second known instance in recent times of Congress leaders and workers getting physically aggressive with media houses posing tough questions. In May, Shashi Tharoor lashed out at a TV reporter and journalist Aditya Raj Kaul was manhandled and punched by Tharoor’s men.

For decades, Congress and ‘secular’ politicians have escaped the sort of aggressive, in-your-face brand of journalism that most politicians, especially those belonging to the vilified saffron camp have come to expect as the norm.

From press conferences, to interviews, to TV panel debates, BJP leaders are cornered, badgered and put under the pump repeatedly. Many times, the questioning takes an ugly turn and the BJP leader is treated with barely disguised contempt and hate. The most iconic example of this brand of journalism was Karan Thapar’s 2007 interview of then  Gujarat CM Narendra Modi, where Thapar’s first question to Modi was “why do people call you a mass murderer to your face?”  –

In the video above, we can see that even while deciding to cut short the interview given Thapar’s nasty, single-point line of questioning, Modi remains cordial and thanks Thapar for visiting him.

Now, contrast this with how Sonia Gandhi would react if questioned about 1984 Sikh pogrom or the gargantuan scams that she has overseen?  Yes, we can can only imagine because Sonia Gandhi (the President of the oldest political party in Bharat, i.e. Congress, for past 19 years) has never ever faced such tough questions in an interview or interaction with Indian media. The only interview given by her after the scam-ridden, controversial UPA-1 & 2 regimes was in Nov 2016 to Rajdeep Sardesai – but that puff job of an interview was like a paean to Indira Gandhi! There were zero questions on the various sins of omission and commission in the UPA era!

But while the BJP politicians took all the invective and scorn heaped on them by media in their stride, often responding meekly to media hit-jobs or bias, Congress has barely-disguised contempt for media.

Till 2014, no one in media wanted or dared to pose any direct, tough questions to the Congress. Congress had complete control of the media narrative and public discourse. It is only in recent years, after the rise of independent voices on social media, that we have seen a small section of the national media posing tough questions off Congress and holding them accountable for their ideological & governance failures and various scams. But it is pertinent to note that the mainstream media ecosystem is still largely favorable towards them, and a rash of well-funded digital outlets like The Wire, Scroll, The Print etc are completely in their camp.

Even in such an amenable environment, faced with such a largely pliable media, it is instructive how Congress deals with the odd channel who dares to ask tough questions. While BJP still continues to entertain NDTV, a channel widely recognized as being virulently opposed to BJP/Sangh ideology, a 6-month-old Republic TV has already been branded as persona non grata by Congress and Tharoor has even filed a defamation suit against the channel – Tharoor’s case in High Court was fought by senior lawyer and another Congress leader Salman Khurshid.

Incidentally, Khurshid himself had lost his cool during a press conference called by him in Oct 2012, when he was the Union Law Minister in the UPA-2 Government, to defend himself against charges of siphoning off money intended for handicapped people. Khurshid had shouted angrily at the reporter asking questions, telling him “your life is in danger” –

It is only now, with the advent of the Modi-Shah duo and rise of a new crop of young leaders like Smriti Irani that BJP is beginning to show combativeness while dealing with a hostile media ecosystem.

The Congress’ contempt for media became a defining feature in the years right after independence when Jawaharlal Nehru introduced the first amendment to the constitution to curtail press freedom. Nehru, who was elevated to the position of PM by Gandhi overruling the popular support within Congress for Sardar Patel, was notoriously intolerant of opponents and relegated some of the best minds within Congress and the country to the sidelines during his 17 year rule.

Nehru’s daughter Indira Gandhi carried forward this legacy when she imposed an internal emergency and introduced comprehensive censorship of the media and, unfortunately, most of our media at that time ”crawled when asked to bend.”

During Rajiv Gandhi’s regime, he tried to censor the press by passing the infamous Defamation Bill in the Lok Sabha. He also made a crude attempt to pass a Postal bill, which sought powers to censor and intercept all mail.

Then of course, section 66A, introduced as part of an amendment to the IT Act in 2008, was used to try and curb social media critics of UPA-2 in 2011.

The Nehru-Gandhi family’s contempt for critical opinion and their self-image as the sole benefactors of Bharat’s teeming poor is well brought out by Tavleen Singh in her book Durbar. Tavleen says that Sonia Gandhi would like to be seen as “Lady Bountiful” and explains why Sonia’s reclusiveness & mystique is actually a cunning tactic to avoid scrutiny.

Despite such a track record, it speaks for the intellectual hollowness of our elites that the Congress is still regarded as the progressive, liberal party in our politics.