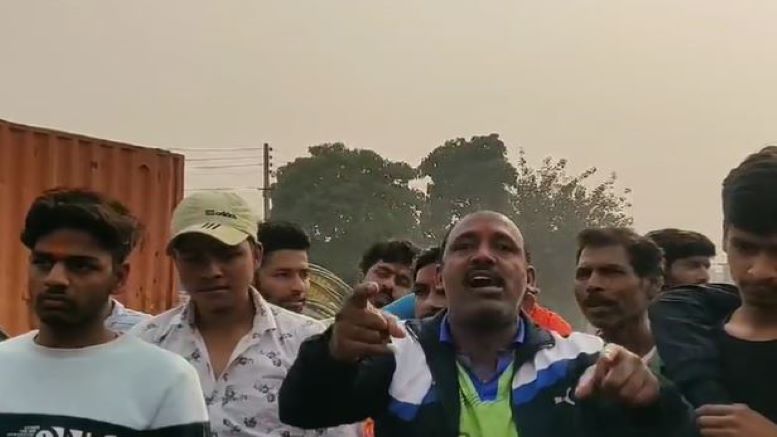 Common Hindus are now coming forward to call out the Hinduphobic news channels for pandering to Islamists. The mainstream media (MSM) has time and again shown how Hinduphobic it is but ordinary Hindus have seen through the media propaganda against the Hindu community.

Regular Hindus stand up against NDTV

Khandsa villagers in Gurugram’s Sector 37 organized a havan in the same public ground where Muslims offering namaz had misbehaved with local boys on November 19. On this occasion, they also raised slogans against NDTV which is well-known for its fake, anti-Bharat and Hinduphobic news content.

Journalist Swati Goel Sharma of Swarajya in her tweet has put out a video where local Hindus can be heard criticizing NDTV for favoring Muslims while displaying bigotry against the Hindu community at the same time. “These NDTV journalists have not even once approached Waseem Rivzi, not once have they gone to Owaisi who openly abuses Hindus, because all Muslims are the relatives of NDTV people”, opined a local.

Hindus of the village are miffed with NDTV journalist Mohammed Ghazali’s October 15 tweet where he legitimized Muslims performing namaz on public grounds while demonizing the majority community for protesting against the same.

“In a tweet on Friday (October 15), NDTV journalist Mohammad Ghazali had stated, “Ya wala grp subah park mein alom vilom kerte hue oxygen k sath zahar bhi khub ugalte hain (This group of people do yoga during mornings in parks. Looks like they exhale venom along with oxygen).” Through his remarks, Ghazali rebuked the Hindus for objecting to Muslims praying at a public ground. Interestingly, he did not find anything wrong with the behaviour of his co-religionists creating law and order situations in the area”, noted OpIndia in its article.

The ground is used to park commercial vehicles and local youth play cricket there. Khandsa residents leveled allegations of misbehavior against namazis who they said had misbehaved with locals playing cricket while adding that illegal occupations of their village ground wouldn’t be permitted.

Earlier, a scuffle broke out between the namazis and locals who were against public places being used for namaz. The hour-long deadlock ended when police from Sectors 10 and 37 intervened and took both the parties to Sector 10 police station for negotiations. Although, namaz was offered on the ground on November 19, the youth are believed to have told both the namazis and the police that henceforth their ground wouldn’t be allowed to be used for namaz.

The media has always been anti-Hindu because the majority community has never taken a stand for itself unlike other communities. We have seen how reporters of channels such as Zee and Republic have been heckled by so-called protestors be it during the anti-CAA protests or the ongoing ‘farmer’ protests. Any media that is perceived as pro-BJP or pro-Hindu is always targeted and termed ‘Godi media’.

Media houses that are assumed to be pro-BJP or that report on few issues that secular media suppresses like grooming jihad, or refused to follow the anti-Modi media on issues like Rafael, Justice Loya death etc. are often hounded. Recently, News Nation was muzzled because it ran a show on grooming jihad. Even NDTV had to bow down to Islamists and take down its tweet showing a Muslim man getting tested for Covid.

It is high time that Hindus too adopted the same approach as that adopted by the ‘minorities’ in the country who are tightly regimented and act against those they perceive to be against community interests. It also important that Hindu religious and social organizations come forward in spreading this awareness among common Hindus that the majority should stand up for their rights and not let Hinduphobic media muzzle their voices.