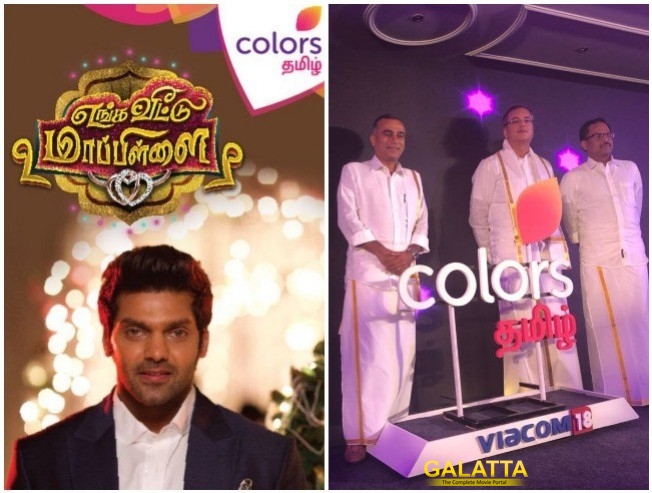 Colors TV is facing the ire of viewers for broadcasting a Tamil reality TV show featuring a Muslim actor hunting for a wife, where the anchor asks prospective Hindu brides if they will convert to Islam.

The Week has reported –

“Actor Arya’s much-publicised bride hunt had spilled on to the screens of Tamil TV with Enga Veetu Mappilai, a reality show featuring the actor choosing from prospective brides. However, the latest episode of the show, which featured Varalaxmi Sarathkumar, faced flak.

Varalaxmi asked the participants that even though Arya—whose real name is Jamshad Cethirakath—would not expect it, were the women willing to convert to another religion? Some of them answered in the affirmative.  Shameless and despicable, wrote BJP’s H. Raja on Twitter. He was replying to another tweet which claimed: “Muslim boy Jamshed does swayamvara on TV channel.. Anchor asks Hindu girls will u “convert to Islam”! Few girls say “yes”, few girls say ” we will never convert” ! Will the channel have muslim girls in swayamvar of Hindu boy and ask same question ? Shameless.

The reality show is being telecast on Colors TV. Arya had earlier posted a matrimonial advertisement for himself on Twitter, requesting prospective brides to contact him.”

Colors TV channel is owned by Viacom 18 Media Pvt. Ltd., a joint venture between Viacom (a US media conglomerate) and TV18 (an Indian mass media group controlled by Reliance).

Such shows might seem irrelevant entertainment to urban Hindus, but the truth is that they are seeding an insidious idea into impressionable minds – why should anyone really have to change their religion for ‘love’? Can we imagine the outrage if an anchor were to ask a similar question to Muslim girls appearing in the swayamvar for a Hindu man?

And when our media portrays intra-religious marriages involving a Muslim man and non-Muslim girl as like any other ‘normal’ intra-community marriage with similar set of challenges, they are basically subtly coaxing girls to ignore –

Instead of tacky reality shows, our entertainment media would be better served by making serials on books like Aavarana – the Veil by SL Bhyrappa, which reveals truths about our society and history through a story of a free-spirited & intelligent Hindu girl who finds out after marriage that her Muslim husband is not the open-minded, progressive individual he claimed to be.

And if portraying such literature is beyond the creative capability of our TV channels, then they could just broadcast chilling real life incidents like the case of national shooter Tara Shahdeo who was trapped into marriage by Raqibul Hasan Khan pretending to be Ranjit Kumar Kohli.