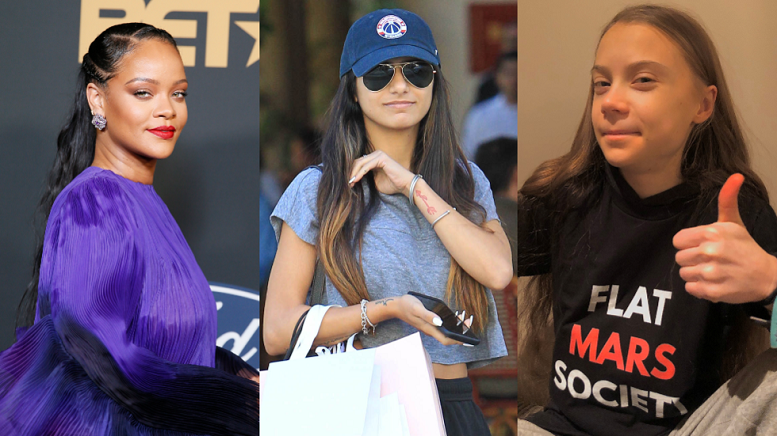 Bharat’s top movie stars have fought back against Western celebrities for “poking their noses” into the country’s affairs, after Rihanna, Greta Thunberg, and Mia Khalifa all drew attention to violent protests by farmers in Bharat.

why aren’t we talking about this?! #FarmersProtest https://t.co/obmIlXhK9S

The countrywide unrest has been ongoing since last September, but turned particularly violent last week, when dozens of police officers were injured and at least one protester was killed in clashes in New Delhi. The protests were triggered by a controversial agriculture reform bill, which some farmers claim would open up the country for foreign exploitation and deprive them of a minimum wage.

Bharat’s government, however, has maintained that the reform would actually increase their production by opening up the market to private investment, while giving producers more options regarding buyers for their goods.

Some of Bharat’s top Bollywood stars have taken the government’s side. Akshay Kumar, Ajay Devgn, Suniel Shetty, Karan Johar, Ekta Kapoor, Kailash Kher all defended the government, some sharing a press release issued by the Ministry of External Affairs, urging their fans to stand against foreign interference and using the hashtag “#IndiaAgainstPropaganda.”

Farmers constitute an extremely important part of our country. And the efforts being undertaken to resolve their issues are evident. Let’s support an amicable resolution, rather than paying attention to anyone creating differences. 🙏🏻#IndiaTogether #IndiaAgainstPropaganda https://t.co/LgAn6tIwWp

“My country is proud of our farmers and knows how important they are,” former Indian cricketer Pragyan Ojha tweeted at Rihanna. “We don’t need an outsider poking her nose in our internal matters!”

Bollywood actress Kangana Ranaut was more pointed. “No one is talking about it because they are not farmers they are terrorists who are trying to divide India,” she tweeted. “Sit down you fool, we are not selling our nation like you dummies.”

“Protesting farmers want no penalties for stubble burning that turns Delhi into a gas chamber every year. Is ‘climate activist’ @GretaThunberg aware of this or is she tweeting support just for attention?” Indian news host Sudhir Chaudhary tweeted at the teenage activist, accusing her of spouting “half-baked knowledge.”

Half-baked knowledge is more dangerous than ignorance.Protesting farmers want no penalties for stubble burning that turns Delhi into a gas chamber every year. Is "climate activist" @GretaThunberg aware of this or is she tweeting support just for attention?#IndiaAgainstPropaganda https://t.co/o4SqLjLP3m

Stop poking your nose in” is close to the official line from the Indian government on the protests. “It is unfortunate to see vested interest groups trying to enforce their agenda on these protests, and derail them,” the country’s Foreign Ministry said in a statement on Wednesday, accusing those groups of trying “to mobilize international support against India.”

“Sensationalist social media hashtags and comments, especially when resorted to by celebrities and others, is neither accurate nor responsible,” the ministry added, insisting that only a “very small section of farmers” have been taking part in the protests.

(The story was published on rt.com on February 3, 2021 and has been reproduced here with a modified headline and minor edits to conform to HinduPost style-guide.)