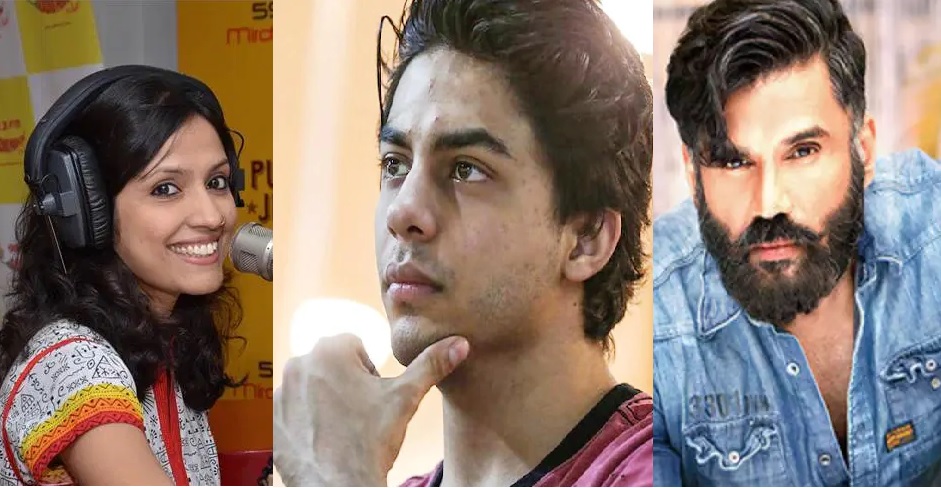 Though Shah Rukh Khan’s elder son Aryan has not been granted bail yet and will be kept in NCB custody till October 7 for further investigation, the support pouring in for him from the industry, assorted media personalities and social media influencers and vloggers is disturbing. But it is not shocking because Bollywood, as it has been exposed in the past few years, is not the best place to look for wisdom or a sense of responsibility.

While Salman Khan, reportedly, rushed to Shah Rukh Khan’s residence on October 4, Sunil Shetty in a press conference defended the star-son unabashedly by repeatedly calling him a “bachcha” (kid). He also accused the media of being ‘extra critical’ of Bollywood stars and demanded that the ‘kid’ be left alone.

Merely 2 months ago, a 23-year-old Neeraj Chopra, who is also an army personnel, did the country proud by bringing a gold medal from the Olympics. The Indan-American Roy sisters who have been selected for a NASA internship belong to the same age group. Back in 2020, a 23-year-old jawan bravely fought and killed 12 Chinese soldiers alone before attaining martyrdom. Great patriot Bhagat Singh was only 23 when he made the supreme sacrifice for this country. It is a shame that in a country that has produced jewels like these, another 23-year-old man is dubbed a “kid” only because he hails from an influential celebrity family.

We understand being in the same industry, Sunil Shetty cannot afford to fall out of favour with a big player like Shah Rukh Khan. After all, we have seen how another Khan has destroyed careers of so many people just because they rubbed him the wrong way. But Shetty’s words were irresponsible: in a country where Bollywood is such a craze, words that come out of the mouth of actors are taken very seriously by impressionable youth who consider them role model.

With his ill-advised remark, the actor is signaling to youth that it is acceptable to consume drugs and be reckless at 23, and he will be defended by family and friends should he make such bad choices. Somewhere, we as a society have failed in providing the right sort of role models for the young generations. We have grown up looking at these entertainers as actual heroes, made them larger and life.

It is likely that Shah Rukh Khan’s son will be launched in movies shortly, and then youngsters of this country will be fed PR about him as a ‘youth icon’. This is where we must draw the line, and tell young Bharatiyas that one doesn’t become an icon just by dancing and delivering dialogues on the silver screen. They may watch a movie for entertainment, but when they walk out of the theatres they must not give undue importance to these entertainers.

This is what Mahesh Bhatt’s elder daughter Pooja Bhatt tweets in her Chahat co-star’s defence.

Senior Congress leader Shashi Tharoor couldn’t keep himself away from the debate either, gratuitously flaunting his English vocabulary, as usual:

Islamist media personalities were batting for Aryan Khan as well.

That Aryan Khan comes from a Muslim family also works in his favour. The very ecosystem which had collectively trolled actor Madhavan’s then 15-year-old son, Vedaant, for wearing his religious identity i.e. the poonal (sacred thread, janeu) in the past, have now decided to collectively defend the 23-year-old “bachcha” of Shah Rukh Khan.

The left-liberal-Islamist ecosystem is strong and it leaves no stone unturned to defend those belonging to their camp. It is only through our collective conscious decisions that we can defeat these toxic elements decaying Bharat. The first step in this battle is to teach our youngers that they must have better role models.