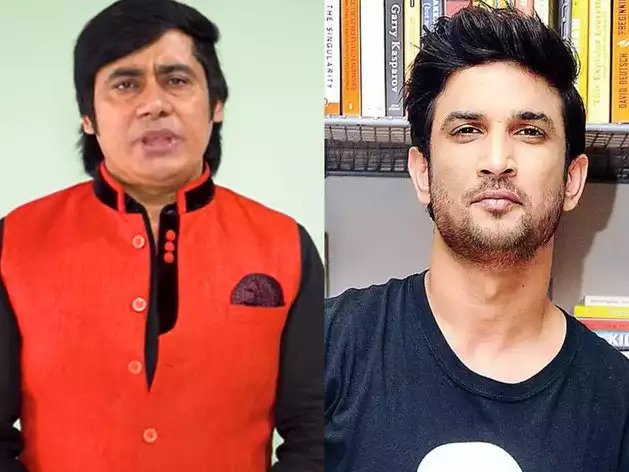 Bollywood actor Sushant Singh Rajput’s death takes a new turn with folk singer Sunil Chaila Bihari making serious allegations against Salman Khan and his band of Bollywood supporters. Bihari has alleged that Salman’s gang was threatening Sushant for about a month due to which the latter was constantly changing his mobile number.

As per the report published in Navbharat Times the folksinger from Bihar has revealed in his YouTube video that Sushant was constantly receiving threats from this Bollywood gang as a result of which the actor had changed his SIM card about 50 times. The singer also blamed Sushant’s friend Sandeep Singh for passing on the number to this gang every time the actor changed his mobile number.

According to the singer, Sandeep passed on the number only to remain in the good books of influential Bollywood actors like Salman Khan and producers such as Karan Johar, Ekta Kapoor, and others so that his Bollywood career is secure. On acquiring the number the gang would then pass it on to their goons who kept threatening the actor constantly.

It is pertinent to mention here that preliminary police investigations have also revealed that Sushant was constantly changing his mobile number for some time before his death. However, the police have refused to divulge further details until such time that the report is presented in the court.

Officially, Sushant’s death is still being treated as a suicide due to depression and police has ruled out any ‘foul play’. As per reports, the post-mortem has confirmed that the actor died due to asphyxia due to hanging. However, Sushant’s family has alleged foul play and demanded a thorough probe claiming a conspiracy behind his death.

The names that have come forward in Sunil Chaila Bihari’s video are neither new nor is it unknown that nepotism runs deep in the film industry. Salman Khan who loves to pretend how ‘humane’ he is has often proved that humanity is the last thing one should associate with him. From running over poor homeless people on the streets of Mumbai to shooting down endangered blackbucks in the forests of Rajasthan he has been there done that.

Hindupost has already highlighted the kind of hypocrisy that rules Bollywood and how influential families such as the Johars, Bhatts, Chopras, Khans, and Kapoors make or break careers particularly of ‘outsiders’.

Salman Khan, however, deserves special mention for ‘being Human’ and ruining the life and careers of many fellow actors just to feed his ego. The actor did not even bat an eyelid before using his connections with the Dawood gang to threaten then-girlfriend Aishwarya Rai.

The careers of Vivek Oberoi and Arijit Singh, which were at their peak, were single-handedly destroyed or damaged by Salman Khan only because his fragile ego couldn’t handle some real or imagined slight to him.

With such serious allegations being made by Sunil Bihari, it is over to the authorities to conduct an in-depth probe and bring the culprits, if any, to justice.