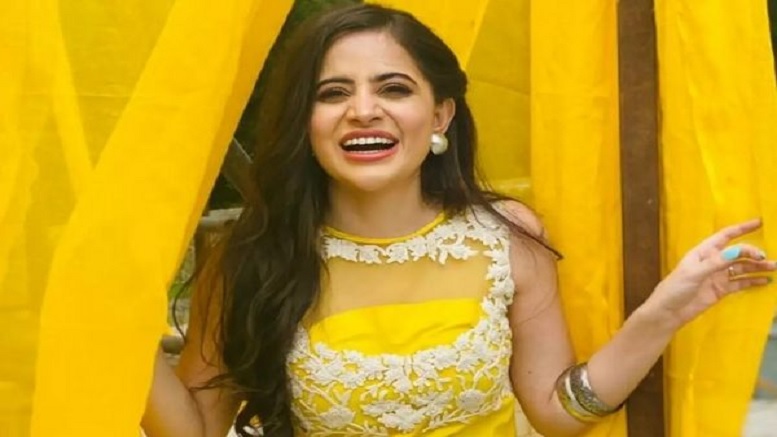 Urfi Javed became a household name by the virtue of her Bigg Boss OTT appearance, which though short-lived, was eventful and placed her at the center of the limelight. She has also been rumoured to be a distant relative of Islamist Bollywood writer Javed Akhter, but his wife and actress Shabana Azmi took to Twitter to deny any such relation.

Recently, a picture of Urfi went viral for her choice of clothes; she had worn a pair of denim jeans with a denim jacket to the airport. But the jacket was extremely short and her upper undergarment, a sports bra, was clearly visible. An attention-seeking attempt, if ever there was one.

The pictures of Urfi in the revealing outfit went viral and enraged several members of her community. Urfi claims that the Muslim community is mad at her and many have demanded that she change her religion. She gets this kind of hostile treatment from the Muslim community because of the life choices, specifically related to clothes, that she makes.

Speaking to Aaj Tak, Urfi revealed that every time she uploads a picture on social media, she gets targeted. Some troll her for her outfits and some shame her for wearing revealing outfits despite being a Muslim. Many question her religiosity in the comment section. There have even been disturbing comments that she should be raped on the streets, alleges Urfi.

Many times hateful trolls have threatened her with Fatwas to change her choice of clothes, informs the Bigg Boss contestant. “Why are people hounding me when I have not hurt anyone,” she questions, asserting that she stays unfrazzled by such hate and threats. She further adds that she will never change her religion and will not change her wardrobe style either.

“There is an image about Muslim women and they are expected to live up to that image. They get all riled up by seeing me sporting a bikini. The entire community is enraged at me. But I am a girl that lives by my own decisions,” she says.

Urfi’s personal life has been a disturbed one. The actress said she was mentally and physically abused by her father for two years while she was a teen. The abuse started after her pictures were uploaded on an adult site and her own family victim-blamed her.

“Even when my father victim-blamed me, I was not allowed to say anything, all I could do was suffer their torture, I was always told that girls don’t have a voice, that only men are allowed to make decisions. I didn’t know I had a voice, but when I left my house, it took me so long just to survive. Now, my personality is coming out and I’m not going to stop,” she added.

In another interview, she described how she escaped her father’s abuse by running away from home – “I then ran away from the house with my two sisters, leaving behind my mother and two other siblings, and stayed in a park for a week in Delhi. Then we three started looking for jobs. I thankfully got a job in a call centre. Soon after that, my father got remarried and then the whole responsibility of the family came on to me and my sisters shoulders.”

People who suffer abuse or trauma during childhood often act out as adults. Urfi Javed definitely needs to be counselled about her clothing choices in public, where she can be seen by children. Maybe she can try meditation to calm her mind and avoid attention-seeking behavior.

But her story again proves the hypocrisy of the faux feminist cabal. They don’t hesitate to lecture and condemn Hindu society at the drop of a hat, but are silent over the rape threats and other abuses that Urfi has been receiving from Islamists, and the misogyny she faced within her own family.