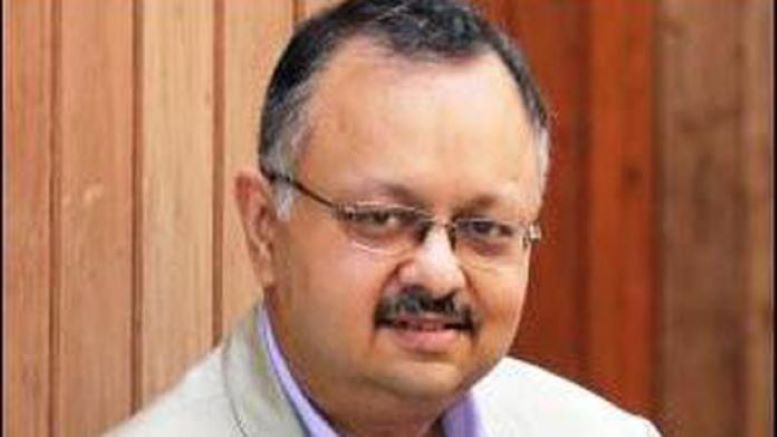 The family of Ex-BARC (Broadcast Audience Research Council) CEO Partho Dasgupta has leveled serious allegations against the Mumbai Police. Dasgupta had been taken into custody in connection with the fake TRP scandal on 25th December last year and was lodged in Taloja Jail where he was allegedly brutally tortured. Mumbai police have alleged that Dasgupta had been paid INR 30 lakhs to rig the TRP in favor of Republic TV by Republic CEO Arnab Goswami.

Dasgupta’s daughter Pratyusha Dasgupta put out a detailed Twitter post appealing to PM Modi to intervene and save the life of her father who she alleged was admitted to the hospital in an unconscious state on 15 January. The post also says that the family was informed only on the morning of 16 January at 3, about 14 hours after Dasgupta was brought in, following which they rushed to the hospital.

Her post details their ordeal and she says that they reached the hospital to find Dasgupta in the emergency room without even a bedsheet. Further, he was unable to express himself clearly. It was only after Dasgupta’s wife and daughter reached the hospital that he was shifted to the ICU. The post also puts forward the allegation that none of Dasgupta’s family members have access to him.

In her post, Pratyusha Dasgupta mentions in no uncertain terms that they had been reaching out to jail authorities via email for the last couple of weeks in connection with Shri Dasgupta’s health conditions considering his medical history and the possible repercussions.

According to his daughter, Dasgupta was in a terribly traumatised state due to the torture meted out to him during the course of his probe inside the jail. She further states “it is apparent that he had been physically and mentally tortured. His deplorable conditions were a result of severe and continuous torment inside the jail”.

Pratyusha’s note ends with a plea to the PM asking him to save her father while adding that they are law abiding citizens and want the case to follow the natural course through courts of law but what they have been subjected to is a matter of great concern.

OpIndia, that reached out to the family of Shri Partho Dasgupta, reports that Dasgupta’s daughter was of the opinion that the police didn’t deliberately inform them of his condition as she and her mother were at the court hearing his bail application and since his health condition would be valid grounds for granting him bail which the police didn’t want revealed when the hearing was going on.

It is also pertinent to note that in these emails, the phone number of his daughter was explicitly mentioned and thus, it is suspicious for the jail authorities to claim that they did not know how to contact the family.

Partho Dasgupta’s wife Samrajni Dasgupta told OpIndia that the police had supposedly paid someone in Taloja jail to torture Dagupta till such time he names Arnab Goswami in the fake TRP scandal. Mrs Dasgupta also opined that Dasgupta was being made a pawn in a case of political vendetta and that she feels helpless while he is on his death bed she said.

Samrajni also told OpIndia that Partho Dasgupta alleged that he would be killed if they took him back to Taloja Jail. Mrs Dasgupta also said “Does it even make sense to you that he would sell himself for Rs 30 lacs after earning Rs 4 crores a year?” on whether Dasgupta accepted a bribe of INR 30 lakhs to manipulate TRPs in Republic TV’s favor.

On the one hand, an executive is being tortured, denied medical attention and forced to issue statements, on the other, wanted terrorists are being given five star treatment by the very same system. One of Bharat’s most wanted terrorists who masterminded around 40 bombblasts across the country and was also involved in the 26/11 attacks Syed Abdul Karim alias Tunda underwent cataract surgery in a Ghaziabad hospital in July 2019.

It is, however, not surprising that terrorists get treated with kid gloves in the country where the media, NGOs and entire Lutyens cabal stands up for terrorists. The entire left liberal secular cabal swings into action whenever a terrorist is put in rigorous imprisonment. They even knock the doors of the apex court at unearthly hours to get a terrorist pardoned.